Amir Sandler had already been accepted to three North American business schools when he made the decision to study in Australia instead. 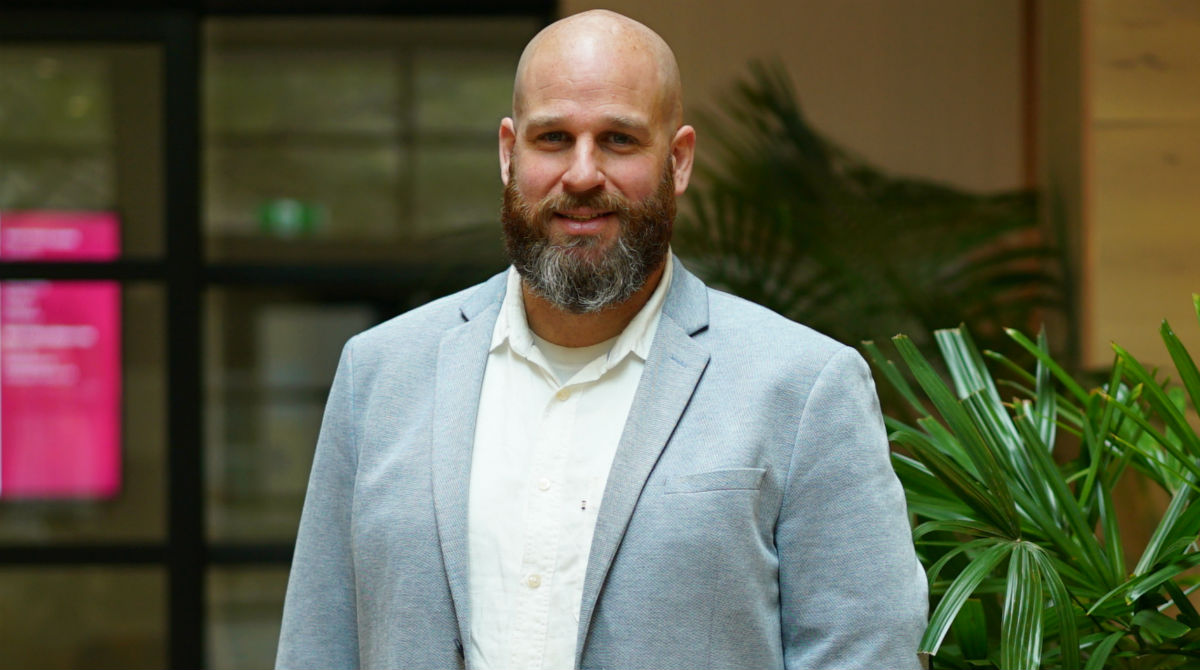 "I wanted to move abroad to get a more international experience because it opens your perspective, and I attribute a lot of my success to it," says Amir, who is now studying a Full-time MBA/Master of Marketing dual degree at Melbourne Business School.

As an Israeli who grew up in London and Amsterdam, Amir has a deep appreciation for the benefits that living abroad can bring to a child – and wanted his own to get that experience.

However, Australia wasn't the first choice.

"Even though we wanted the kids to live abroad, we had finances to think about," Amir says of he and his wife's initial plan.

"When I decided I wanted to do an MBA, I looked at schools in Europe and the States because they have the highest profile that you hear about, and for their scholarships."

Amir ended up getting accepted to three North American schools – Babson College, Rotman School of Management and Cornell University – but after discussing the offers, the couple decided that life in Australia would be better for their young children.

"We had been to Australia in 2009 and actually considered moving here before I even thought of the MBA. It's just a better place, and it's since proven itself," Amir says.

What changed Amir's mind was when he saw an online advertisement for Melbourne Business School just after he was accepted to Cornell.

"That's when I checked into Melbourne Business School and saw the two-year degree that offered a visa and included marketing, which was what I wanted to do," he says.

"Because we liked Melbourne so much and I have family here, I applied. Then I received the MBS scholarship and that became the pivoting factor in our decision to move to Australia."

The decision saw Amir move from working as an engineering project manager at Israel Aerospace Industries to taking classes on economics, data analysis and marketing.

"I was an engineer up until then, but because I wanted to step out of my comfort zone and pursue an MBA, I repositioned who I could be through my career just by travelling to study," he says.

Thanks to Amir's potential, he was shortlisted by the School for the Clemenger BBDO Scholarship – and won.

"Winning the Clemenger BBDO scholarship was surprising, because I didn't even know I was nominated," he says.

Established in 1990, the scholarship is funded by Clemenger BBDO – Australia's largest advertising agency – to support students in the MBA and Master of Marketing programs.

"The interview for it was really interesting because I was interviewed by Nick Garrett, the CEO of Clemenger. I got a lot out of it," Amir says.

"It was funny because we spoke before I did the brand and consumer behaviour classes, so my thoughts then were more idealistic than well-informed. But I guess that idealistic view helped."

Together with the rest of his class, Amir had the chance to travel abroad yet again – this time to study in Asia.

"The Business in Asia trip was very interesting, and we did that with EY," Amir says.

The global consultancy partners with Melbourne Business School to give MBA students the chance to work on challenges faced by its international clients.

"We had a consumer behaviour project to do for Fonterra, which wasn't just slightly different, it was this whole other thing entirely," Amir says.

"We did market research in Shanghai, so we couldn't assume that what sold here was the same over there, which was a fascinating experience."

As part of his studies, Amir also undertook an internship with Melbourne not-for-profit organisation the Asylum Seeker Resource Centre.

"We're in the middle of doing a project for the Centre around evaluating whether merchandise should be used as an option for an additional revenue stream and raising awareness for their cause," he says.

"It's the first time I've worked for a not-for-profit, and it's shown me how to use the MBA to make people connect with a cause. It's really heart-warming there."

When it came time to look for a job in Australia, Amir worked with Melbourne Business School's Career Management Centre, which helps MBA students enter local organisations, and landed a role at JOST, a leading supplier of truck, tractor and trailer components.

"How do you apply to jobs? How do you plan your future? I didn't know how to meet a recruiter for coffee, talk with professionals about work or even think about that," Amir says.

"The Career Management Centre helped with all that prework. They then helped me secure a job at JOST, which is where I'm now working part-time as a mechanical project engineer. The role plays to my strengths. It's a very mechanical, engineering driven company."

Amir says that studying an MBA is famous for either changing industries, changing countries or changing positions inside the industry – and he can testify to doing all three.

"If someone looking to move to Australia has a family with kids, I can honestly say it's one of the best places in the world to raise a family and further your career."