After graduating at the end of 2018, the last thing Meredith Hodson thought she would do was study again – until she landed at Squash & Racquetball Victoria. 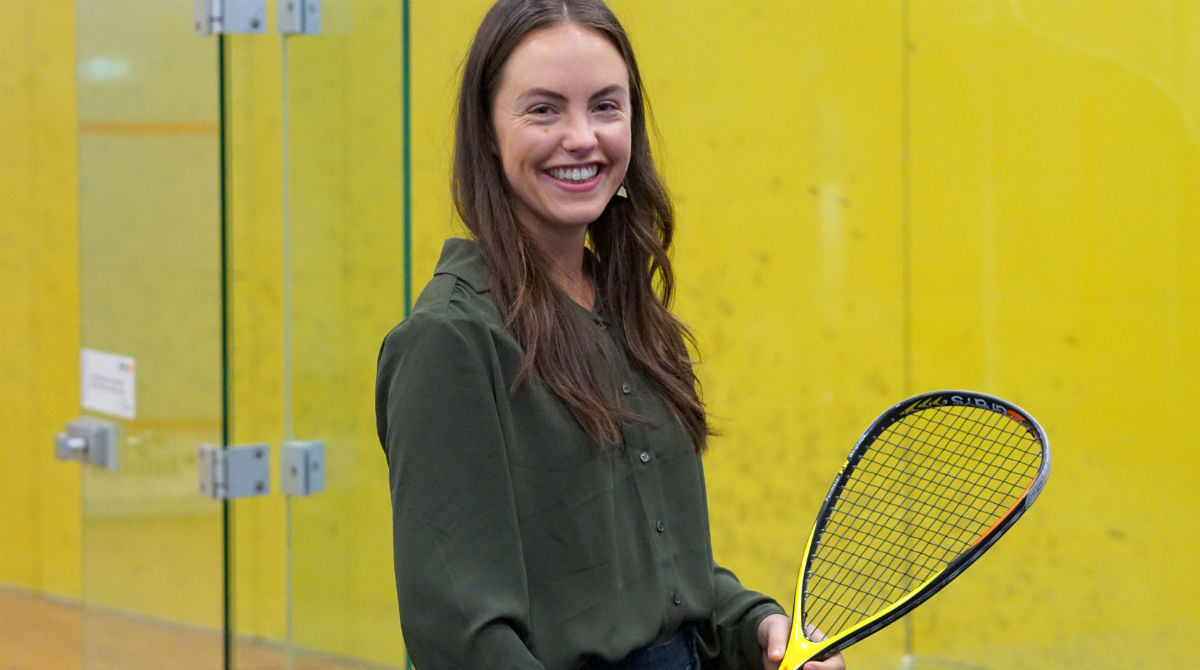 "I went into the Sports Program Manager role thinking it was just about increasing junior participation," says Meredith, who graduated with a Bachelor of Arts from The University of Melbourne.

"But then I realised we'd need to improve digitally to be more engaging and get kids involved in a sport that not many people know about."

The irony of learning about the digital world to get kids playing sport didn't escape Meredith – but it did lead her to enrol in our Leading in the Digital Age online program.

"My initial perception was that people only did a short course once they'd done five or ten years in an industry and then were looking to upskill," she says.

"But I saw a gap in my understanding of how things are changing and why I needed to be more confident in the digital world. As my mum would say – nothing is ever a waste."

Meredith was nervous in the first week of the program until she realised everyone else was there for the same reason: to turn disruptive change into opportunity.

"It didn't matter how many degrees they had, how much work they'd done, what their title was because everyone was just there to ask questions, give it a shot and learn," she says.

One of the biggest challenges Meredith has is in coming up with creative ideas to renew interest in a sport that isn't as popular now as it once was.

"Squash boomed in the eighties, there were courts everywhere. Everyone played or if they didn't play, their parents played. It was just such a social sport," she says.

"Then, for multiple reasons, it dropped off. It's no longer an Olympic sport. Facilities started closing because land prices increased like crazy. Gyms started becoming a new thing and other key sports like AFL and tennis just took over the landscape."

To meet that challenge, Meredith is thinking about what customers want and how to bring in the technology and ideas to help meet their expectations.

"We're now bringing in some new technology, basically a giant interactive wall that turns squash into a computer game, like Pacman," she says.

Using that technology, Meredith and her team can involve kids in the development of games, target new demographics and bring the digital world into squash.

"I created working groups with the kids to see what they want from it. I found out some of them want to develop games for the wall, which is something I never would have thought to make happen."

One method on the junior squash program to get people to understand change – rather than resist it – was a key tool for getting kids to learn about squash, says Meredith.

"The four doors of change was a really cool way of looking at how to get kids to understand squash, making it not so overwhelming to manage," she says.

"I also use the concept to explain to existing clubs how the world of sport has changed and that by trying new things we can help squash grow – this involves a lot of communication.

"Other things in the program showed me how to work out pain points in taking on a national system that's being pushed out to all the states.

"Actually, it was bizarre how many similarities there were between what I was facing at work and what was covered in the masterclasses online. It was like reading your star sign in the newspaper and going 'oh my god, it's so this week'.

"That's what made me realise I was justified with doing another program right after graduation. Because it was right for my work and career."

Learn how to manage the digital landscape and gain more customers with our Leading in the Digital Age program, or view our full range of Executive Education courses.