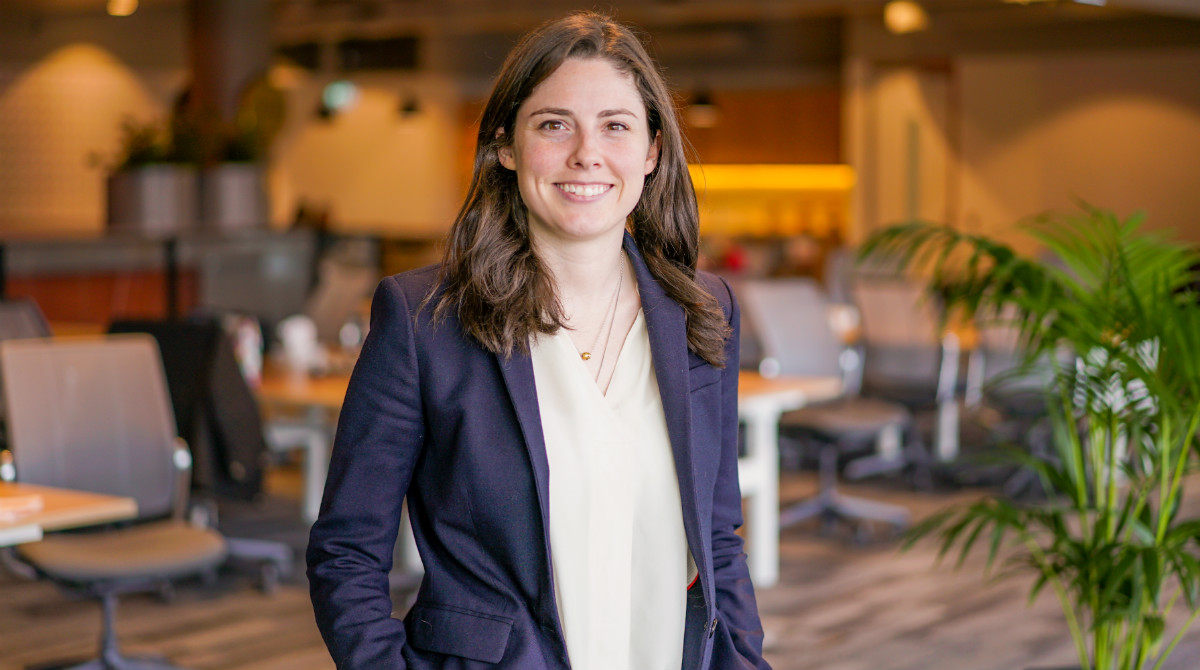 "In the third week at Melbourne Business School, I went to an event to find out what consulting was all about. It sounded like my life in film – working in teams, changing projects and meeting new people," Kate says.

Kate studied media and creative writing at Chicago's Northwestern University before moving to Hollywood in 2011 where she worked on Mad Men and with Peter Bogdanovich on the film She's Funny That Way – but found it difficult to enter into a more senior role.

"There's a long time between senior opportunities when you enter the entertainment industry," she says. "The work I was doing was very transactional, so I was always on the lookout to level up."

After working in film and TV, Kate became a producer at RJO Records working for a former member of Massive Attack in a position that allowed her to travel and work from anywhere. She decided to visit Melbourne on a working holiday visa to find out why it had been named the most liveable city in the world.

"When I got here, I started thinking about my future – pretty much life-planning – and I always wanted to do an MBA but was never in the right place," she says.

Having decided Melbourne Business School was the place she was looking for, Kate started to enroll in the Part-time MBA but then switched to a Full-time MBA after an invite to the annual Alumni Dinner exposed her to the school's diverse graduates.

"The best thing about my MBA experience was the international make-up of my class, which opened my eyes to different cultures. We were a close-knit group but competitive in a healthy way. Everyone pushed each other to their full potential."

Kate was inspired to apply for the role at Strategy& thanks to the experience she gained in practical classes, internships at Walt Disney in Melbourne and Astro in Malaysia, and a study trip to China.

"It helped me to be more confident and gave me a better perspective on the world. I had some business acumen, but the MBA took it to a whole new level."

Now with multiple clients to please, Kate says her MBA gave her the broad knowledge to enter any business challenge with confidence.

"When you have an MBA, you quickly understand the whole ecosystem that a business is operating in and where it sits in the larger picture."

Kate is particularly proud of her work setting up one particular client's future.

"I worked for almost a year on a major growth strategy for one of my clients, which will keep going for another decade. It was really gratifying to see it come together from planning to implementation, especially since we had to convince their board to back us," she says.

As for the future, Kate isn't sure where she will end up eventually but knows her MBA will open doors no matter where she decides to settle down.

"Moving to Australia was a big step that allowed for a greater global perspective. I'm likely to move back to the States eventually because my family's there, but I haven't put a date on it. And I'm still working on my own screenplay."