How Jason Chuei moved from strategy to social responsibility at Expedia

Jason Chuei enrolled in an MBA so he could start a charity, but ended up in charge of social responsibility for a US$18 billion company instead. 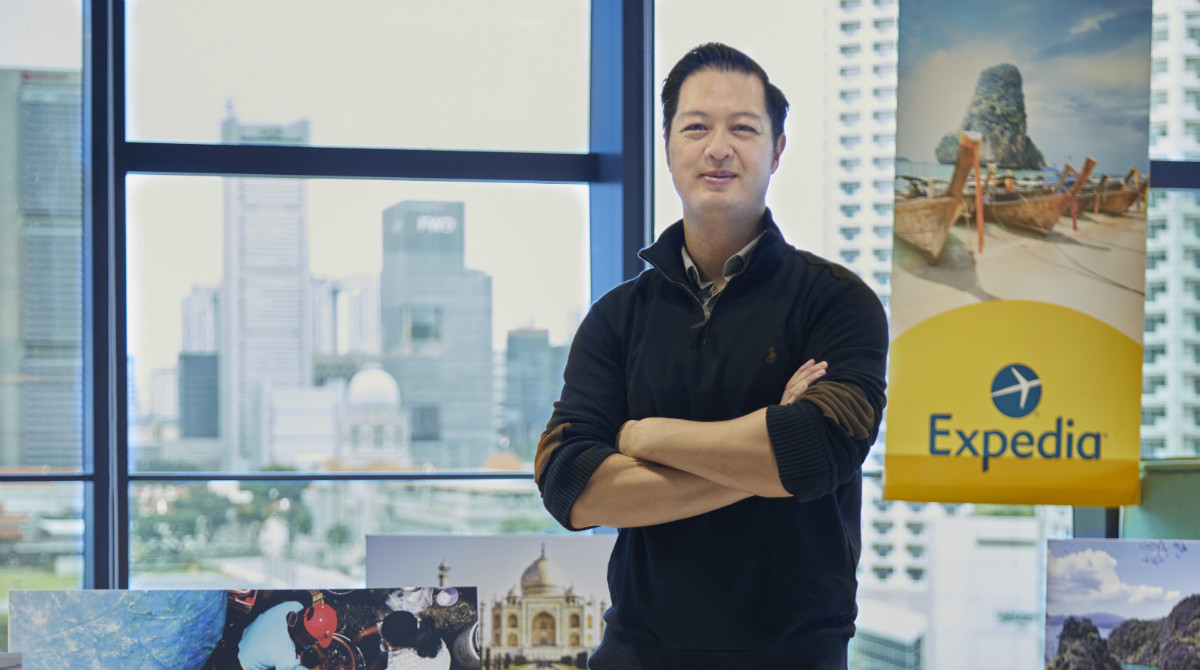 Jason is the Asia-Pacific Head of Corporate Social Responsibility for online travel company Expedia – a new role he helped define.

"Expedia is a massive company. It employs 25,000 people. I joined the strategy team in the hotel side of the business, its biggest part, and spent a lot of time getting more hotels from across the Asia-Pacific region, including China and Japan, on to our platform," he says.

"I was also running the volunteer CSR committee for Expedia's Singapore office. When the senior vice president, the most senior person in Asia, saw what we were doing, we talked about how we could replicate it across Asia-Pacific, and the role was created to drive that."

Very much a global citizen, Jason was born in the UK to Malaysian parents, whose parents came from China. He went to veterinary school in Bristol before completing his Master's at London Zoo, where his tasks included taking blood from alligators, castrating a yak and trimming elephant toenails.

"I've always had an affinity for animals, maybe because they are voiceless and more defenceless than humans. But I was looking to leave the veterinary field because it’s mostly routine, doing lots of vaccinations and neuterings, and I wanted to make a bigger impact in society," he says.

With relatives around the world, Jason came to Australia on a working holiday. He found out about Melbourne Business School while working at the Werribee Open Range Zoo and decided it was time to take his dream of running his own charity seriously.

"I did my research, and Melbourne Business School was one of the best schools in the region," he says. "I've seen good not-for-profits fail because they had no sustainable revenue stream, and I wanted to get it right."

While studying a Full-Time MBA, Jason became interested in marketing, an area he had no knowledge of, and decided to add a Master of Marketing to his qualification as well.

"I found it really fascinating. I didn't have any context about marketing beforehand but soon realised it was a big part of the world we live in. The double degree gave me more perspective and a deeper understanding of marketing and its practical applications."

After graduating in 2010, Jason's qualifications and veterinarian experience made him attractive to petcare companies, including Mars, where he managed several brands and strategic projects for a few years.

He then he became a regional veterinary affairs manager in Singapore for another global petcare company, Hill's Pet Nutrition, but when a senior strategy role at Expedia came up, he couldn't resist.

Under Jason's direction, Expedia now helps staff get involved in community activities and projects across Asia-Pacific, including awareness programs and talks with not-for-profit partners and social enterprises, campaigns on the Expedia Cares platform – where the company matches donations up to US$10,000 – and volunteer trips to Laos, Thailand, Cambodia and other places.

Jason is passionate about helping others through Expedia and still hopes to start his own charity one day. He says business school students often undervalue the power of their MBA by focusing too much on money.

"For me, it doesn't really matter how much money you get, as long as you love what you do. I love creating meaningful impact, helping people and driving change in society. That's more important than money could ever be."

If you want to add power to your passion, find out more about studying an MBA at Melbourne Business School, as well as our Full-Time MBA/Master of Marketing double degree.

Inside RHB Bank's push to improve gender equity in leadership