MBA team in the running to win $1 million Hult Prize

Four students from Melbourne Business School are on their way to Boston after placing in the top 16 of almost 40,000 start-up ideas globally. 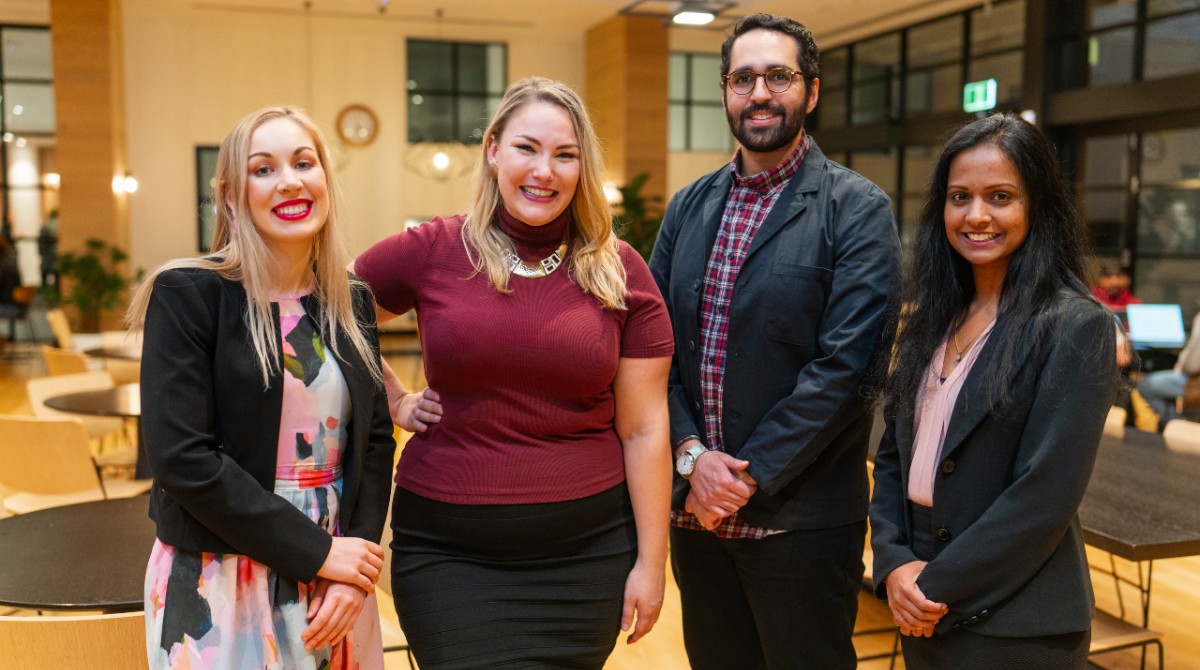 In early June, they successfully pitched the idea in the East and Southeast Asia Regional Summit of the Hult Prize and moved one step closer to winning its overall US$1 million prize.

Informally known as "the Nobel Prize for students", the Hult Prize is a global competition held in partnership with the United Nations Office for Partnerships and the Clinton Global Initiative foundation started by former US President Bill Clinton, in which thousands of students pitch business ideas that can help solve pressing social or environmental issues.

The Regional Summit in Melbourne saw 33 teams from 8 countries across the Asia-Pacific region present their ideas for tackling waste, climate change, jobs and other social issues. flexAbility was among the 16 winning teams selected from an initial pool of almost 40,000 applicants globally.

Commenting on their Regional Summit win, flexAbility Chief Executive Andrew Dunstan said: "It's simultaneously exciting and overwhelming. We did it by doing the basic things really well rather than reinventing the concept of a business pitch. We're not doing a lot of theatrics. We've got an idea we believe in, we believe in each other as a team, and we're pitching on a genuine level."

flexAbility will now move up to the Global Accelerator stage, an intense, six-week program in Boston, Massachusetts, where student entrepreneurs will be mentored by Hult Prize staff and experts to refine their ideas.

After the accelerator, six teams will progress to the Global Finals in September where judges will select the Hult Prize winner. This year's finals will be held at the next Clinton Global Initiative meeting from 19 to 21 September, which will convene in New York City alongside the United Nations General Assembly. President Clinton will present the award and deliver a keynote speech. 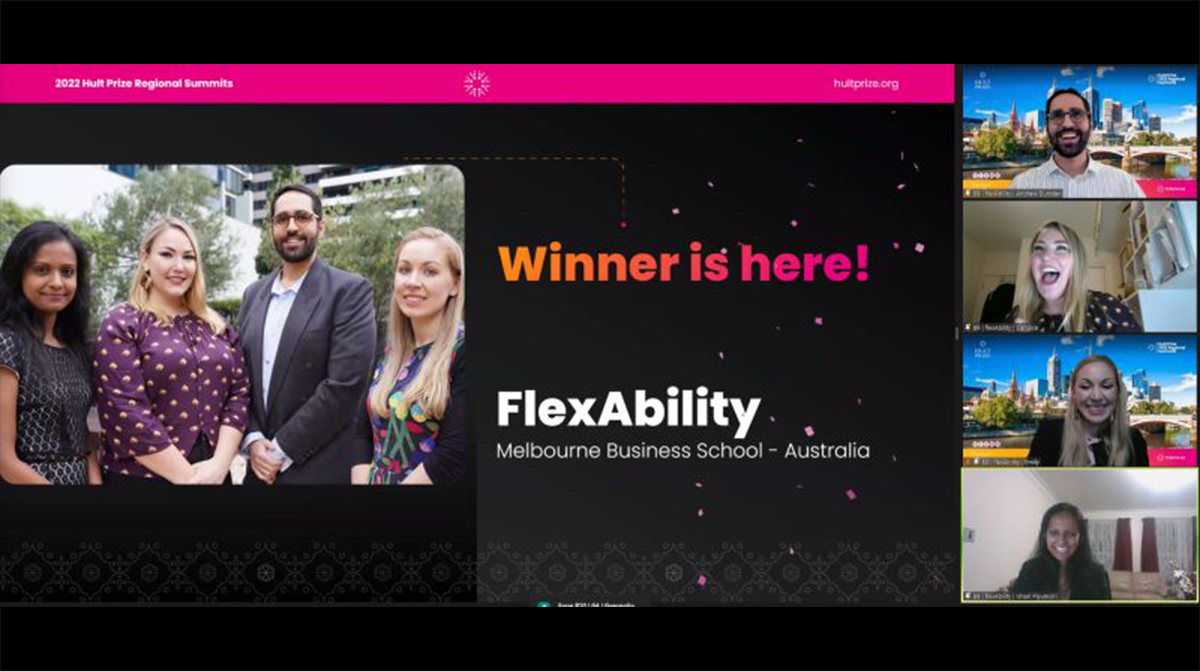 flexAbility would differentiate itself by directly employing people who have a disability and allowing companies to book their services through a digital platform.

"Flexies", as the team calls them, would provide short-term, task-based knowledge work remotely in administrative support, finance and accounting, information and communications technology, coding as well as data services.

Candice says booking a service through flexAbility would be as easy as booking an Uber, but with one key difference: "We want to be a meaningful presence in our employees' lives, so they won't be independent contractors or 'gig workers'."

There are two reasons for doing this, she says: "One, we need to offer people a sense of employment security, which means providing benefits. Two, we want to make it a fantastic place to work, and it's hard to do that if they're not our employees."

To achieve this, Candice says it would be important that employees feel supported.

"We can be their personal accessible work advocate and help them participate in the workforce. For the most part, it's really about removing barriers to a more inclusive and accessible workplace in ways that haven't traditionally been done."

Chief People Officer Emily Schilg adds: "We want to remove some of those unconscious biases (towards people with disability). Part of our organisational structure that differentiates us from traditional labour hire offerings is making sure we have a dedicated team of workers to support our employees."

The idea for flexAbility was inspired by Andrew's own experience as a person with disability.

"I have ankylosing spondylitis, which is an auto-immune condition where your body attacks your joints, which can result in your bones getting fused together. That means I cannot sit for prolonged periods and I need some sort of flexibility around how I manage my schedule."

The idea had its beginnings at a party in 2022, where Andrew and Candice found themselves the only MBA students from Melbourne Business School and started talking about participating in a "cool competition" that turned out to be the Hult Prize.

"That was kind of it and then weeks later, he reaches out again and says, 'Oh, so this whole Hult Prize thing, I genuinely want to do it'," Candice says.

From there, they started gauging the interest of fellow classmates in the MBA program and attracted Emily, who has 15 years of experience in training and recruitment, and Ishari, a Certified Public Accountant with two bachelor's degrees (in mathematics and IT) as well as two master's degrees (in finance and accounting), who would later become their Chief Financial Officer.

"We got on a call to see how we click and see if we can come up with any ideas," Candice says.

"We talked about the revolution in the workforce that COVID has brought and how people like us are all working from home and how that has given us all benefits like flexible working.

"We were trying to think of a way that flexible working could be leveraged profitably, but for positive social impact. It wasn't until Andrew shared his lived experience that we landed on the flexAbility concept."

Regardless of what happens in the competition, the team is excited to build their idea into a successful business.

"It is one of those things where we have options on how to move it forward, be it slow like the tortoise or fast like the hare," Candice says. "Participating in the Hult Prize has given us the confidence to talk to investors, answer difficult questions and say: 'Yes, we can actually build this'."

#OnlyOneEarth: Why sustainability is good for business

Meet the new Director of our Centre for Business Analytics