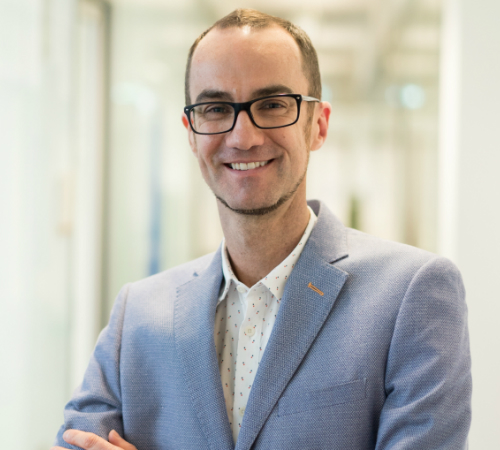 Greg is an Executive Education facilitator who specialises in creativity and innovation, and will be delivering the upcoming Design Thinking for Managers program in Melbourne and Sydney.

The program is designed to give non-design professionals the tools they need to apply the popular methodology to problems in their own organisation.

"The design thinking approach comes from the development of physical objects, like cars or washing machines, but its popularity comes from success with intangible issues," he says.

"It creates a workplace where people want to be, offer ideas and feel empowered enough to respond to problems and changes efficiently. It's because design is empathetic, so it takes a more thoughtful and human approach to business."

Greg says the first step to embracing design thinking is to find empathy with the customer or client.

"Design thinkers first observe user behaviour, deduce what they need and then use that knowledge to write a value proposition in language around emotional experience that will guide them in developing something worthy of someone's time," he says.

Embracing the design-thinking approach is key to why Apple has been so successful with its products. Greg says design-centric workplaces are often filled with sketches of the customer journey rather than business spreadsheets or graphs, and organisations who embrace it see failure as a learning process instead of a backwards step.

"Design thinkers will come up with ideas and then let them gestate in the open. It's an approach that helps create an open-minded culture around exploration and experimentation," he says.

"Design is an iterative process and because of that you can't expect to get things right at first. Design thinkers humanise things for humans and a good example of that is at Nintendo.

"They spent years developing prototypes for a new gaming system with intuitive controls before landing on the Wii. When it was released, it blew competitor offerings out of the water by something like 85 per cent that year."

The two-day Design Thinking for Managers program will run in Melbourne on October 23-24 and Sydney on December 11-12.

#IWD2021: How leaders can make gender equity a reality in the workplace

Why the best ideas depend on psychological safety in the workplace

How to manage your team through stop-start COVID-19 restrictions