Adriana Oreskov enrolled in an MBA to broaden her options beyond working in insurance. Instead, she started her own insurance advice company. 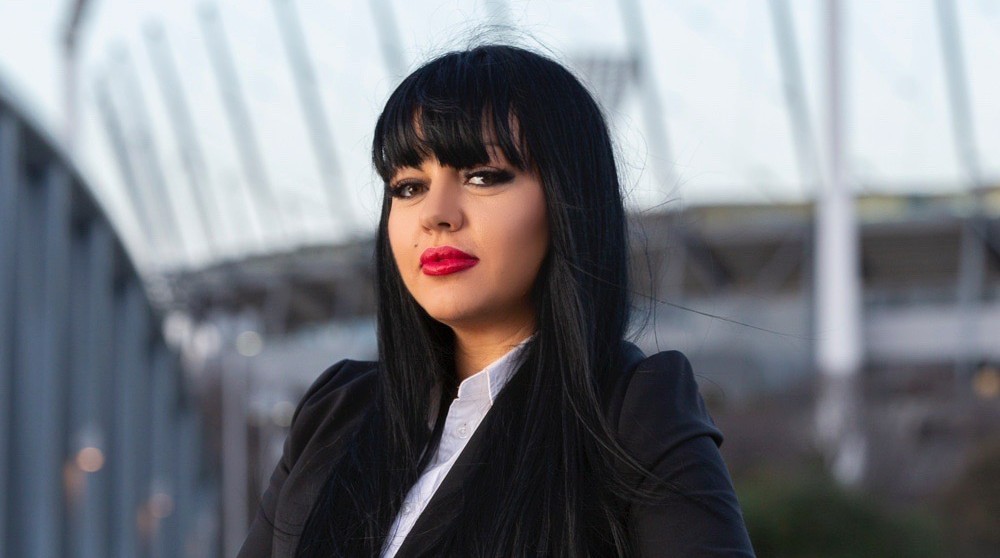 "The MBA was one of the most emotionally challenging and most rewarding things I've ever done," Adriana says.

"But by the end of it, I started an insurance business – which is the opposite of what I thought I'd use it for."

The change of plan was inspired by seeing a TV segment on the plight of an AFL player who suffered a career-ending injury, but had been unable to access an insurance payout.

Motivated by that story, Adriana used the final subject of her Part-time MBA to create an insurance advice and claims support company designed to help AFL players and other sportspeople.

From MBA student to founder

Adriana originally enrolled at Melbourne Business School to broaden her horizons beyond the insurance sector, where she worked for 12 years as a specialist advisor and medical claims expert.

However, one night towards the end of her studies, something unexpected happened.

"Easter long weekend this year, I was loading the dishwasher when my partner said 'come and see what's on the TV'," Adriana says.

"I saw the story of an AFL player who had his claim declined twice and had over 20 surgeries.

"That didn't feel right, so I contacted the individual via LinkedIn, took him out for coffee. And I think from the day we started the claim to when we finished, it was exactly 60 days, and we were successful in actually getting a payout and interest."

The player was former West Coast Eagles rookie Patrick Bines, who suffered spinal injuries after being hit in the back of the neck during the match. The trauma led to multiple surgeries, severe weight loss and the end of Patrick's sporting career.

With momentum building, Adriana saw an unmet need – and OSE Insurance was born.

OSE Insurance specialises in managing the end-to-end insurance claims process for sports and entertainment professionals. It also helps them obtain adequate insurance coverage for any disability that might result from injuries.

Due to the nature of sporting injuries, the claims process can be complex and difficult and often require professional help to navigate.

"Most of the time, there's a lot of paperwork – medical requirements, financial – and they tend to get buried in it," Adriana says.

"So, we take that away and assist to manage it from start to finish."

To provide an evidence-based approach for insurance claims, OSE Insurance works with Dr Alan Pearce from NeuroSports Labs, a neuroscientist who specialises in concussions and how they affect the brain over time.

"When we talk about concussion, it's a disruption of function of the brain," Dr Pearce says.

"Concussion injury is one of the most common injuries resulting from bumps, tackles and collisions in contact sports."

According to Dr Pearce, symptoms resulting from concussions generally resolve within 21 to 28 days. But a small minority of people may have ongoing issues for months or years.

"I think having a good insurance scheme plus evidence-based science to support that insurance is really going to be beneficial to the players and their long-term quality of life after they retire," Dr Pearce says.

"A lot of them are young. They've got their life ahead of them."

Describing Adriana's work of helping him find the right insurance coverage, Jake says: "She’s been really awesome for me in sorting that out and educating me in what I can actually sign up to.

"Knowing that I'm fully covered, with the physical nature of footy, it's always nice knowing you've got a really good cover underway."

While Jake still plays football professionally – as part of the Geelong Cats premiership team that won the 2022 AFL Grand Final – 27-year-old Kade retired in 2020 after doctors advised him to move on from professional sport following a series of concussion-related injuries.

Now an entrepreneur and commerce student in his final year at Deakin University, Kade is still seeking compensation from his insurer and OSE Insurance is helping to negotiate that process.

"Since Adriana has come in, it's been amazing," Kade says.

"She's quite personable and approachable and has kept me up to date throughout the whole process. Now I've got a bit more hope."

Adriana is also working with Peter Venables, father of former West Coast Eagles player Daniel Venables. Daniel retired in 2021 at the age of 22 after suffering a brain trauma injury during a game against Melbourne in 2019.

"It's been just a long journey," Peter says.

"Some of the issues that we've had to deal with then had no real set process, so it has been a struggle. There was no understanding of what concussion was, so it was a car crash on a football field."

As an entrepreneur, Adriana understands the scale of the work ahead of her.

"Our vision and our goal is to insure every single athlete in this country and provide insurance advice to make sure that should the unforeseen happen, that there's a safety net that they can fall back on."