Logan Benge's introduction to SpaceX was exactly what you might expect from the space travel company led by radical billionaire Elon Musk. 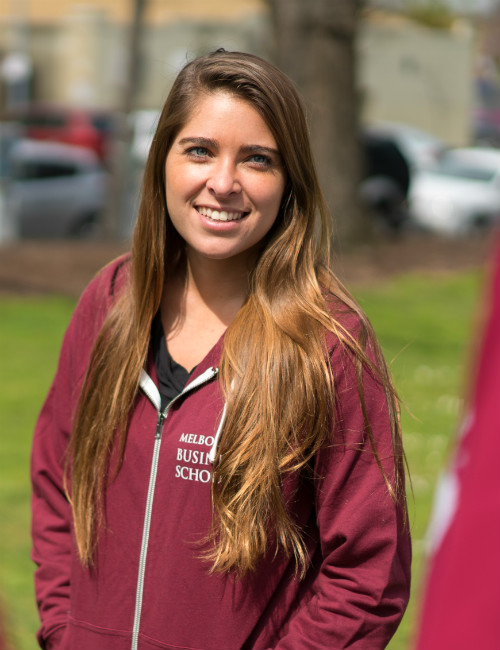 "On orientation day, the woman presenting said: 'The whole purpose of this company is to colonise Mars'," Logan recalls. "I thought she was joking, but soon realised she wasn't."

Logan spent more than five years working with the company from 2012 to 2017, after a chance encounter with a senior executive in her hometown of Los Angeles.

"I went to the University of Southern California in LA, and met the CFO of SpaceX at a football tailgate – which is a barbecue and drinks before a football game," she says.

"It was a random meeting, but when I was looking for internships after my junior year, I messaged him and asked if he had any opportunities available. He said: 'Yeah, come on in'."

During her time with SpaceX, Logan worked in the finance team liaising with engineers and others to estimate the costs associated with space travel.

"We had to figure out how the spaceships were built because to understand how the costs were rolling through, you really need to understand all the different parts that are going into it. That was really exciting."

As for meeting Musk himself, Logan says that – despite her nerves – it wasn't a daunting experience.

"He's not intimidating really, it's just that when you do speak to him, it's almost like he's a million miles ahead of you and already thinking about the next thing."

The adventure of Australia

Logan is now studying her MBA at Melbourne Business School, after deciding to embark on "a big adventure" to the other side of the world.

"I was born in LA and lived my whole life there, and felt it was time to get out or else I might never be able to," she says.

"I picked Australia because I always wanted to come here. I also love to travel, and it was a great opportunity to do it on this side of the world."

Going from SpaceX back to business school is a bold choice, especially given that Musk is famous for saying people should never employ an MBA graduate.

"The reason he says things like that is because he doesn't want people working at his company who are stuck in a single mindset or way of doing things," says Logan.

"But I wanted more business knowledge to get to the next level in management."

Find out more about our MBA degrees here ≫

Logan says studying at Melbourne Business School has been a whirlwind – even compared to the famously fast-paced SpaceX.

"Even though I knew it was a one-year program and likely to be very intense, it's a little bit more intense than I expected," she says. "But the program and classes have been great, and the teachers are great.

"I'm really looking forward to going to Shanghai for the Business in Asia unit, and I'm going to Beijing a little ahead of that to squeeze in a little bit of the Great Wall. Then it's Shanghai for two weeks, and then Thailand after that.

"I came here with purpose – get an MBA and visit every city in Australia and Asia." 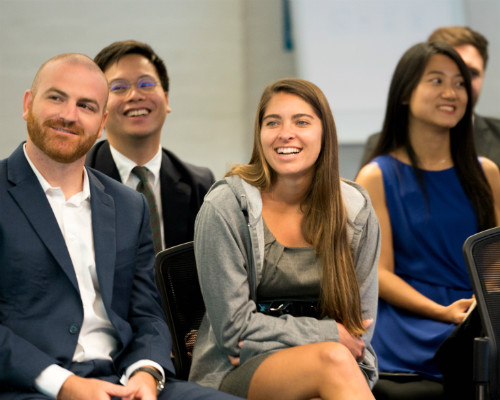 Experience in the workplace

The next step for Logan is an internship with NAB Labs, an innovation incubator for one of Australia's top four banks, which aligns with her start-up background.

"They work on projects over a six-week timeframe, and then decide to move forward or not with it. My understanding is my role will be to look at the viability of some projects to decide whether it's worth moving forward with or not, which aligns well with my SpaceX experience."

Logan says she expects to return to the US eventually, but plans to make the absolute most of her time in Australia while she's here – and that anyone else considering doing the same should take the leap.

"I say do it, because Australia is similar to the US, we speak the same language and you can adjust easily – but you're also close to Asia and other countries."

And what about Elon Musk and SpaceX? These days, Logan is just as much of a believer as the presenter at her orientation day.

"After working there for five years, I really believe SpaceX will colonise Mars. Elon Musk will not stop until he does."

Melbourne Business School offers a range of MBA and Master degrees in Marketing and Business Analytics, catering to Australian and international students.Click here to find out more.