Jack French always felt there were more options for forging a career in Australia than the US, but one conversation in particular convinced him to study here. 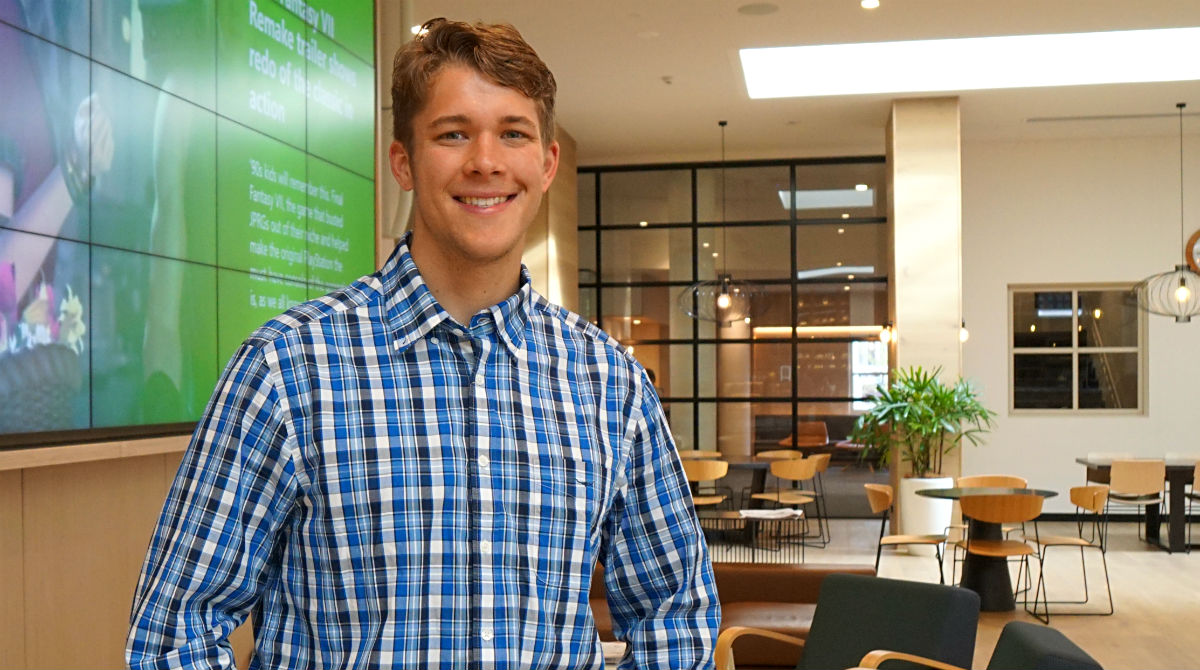 Jack discovered Rob McElroy on LinkedIn – a fellow American and a graduate of the Full-Time MBA class of 2018 – who gave him a view on studying Down Under.

"Rob and I ended up having a phone call about his time at Melbourne Business School and the startup scene here," Jack says.

"He told me that he has coffee with someone new every day and that Melbourne is unlike Austin or San Francisco, where there's massive growth. Melbourne presents an opportunity to be a big fish in a small pond.

"That sold me, because as an American you can easily go to any US program and follow a path that thousands of others will go down – or you can go overseas where you can have a tremendous impact."

Studying at Melbourne Business School isn't the first time Jack has lived in Australia – when he was 19, he spent six months in Tasmania growing up.

"I played a bit of footy, worked in a lumber mill and got myself together," he says.

"I then went back to the States, finished college and worked three years professionally at Columbia Forest Products, which is the largest manufacturer of hardwood plywood in the United States and Canada.

“My family has been in the lumber business for five generations. But there wasn't a lot of innovation going on there, so I felt like I should expand my bounds with study. I was 26."

Jack looked at doing his MBA at several North American business schools – including Duke University and Michigan – but realised he could forge a better future elsewhere.

"Duke, Michigan and Northwestern offered great career opportunities, but I never actually submitted an application because I felt an intuitive connection with MBS. Plus, the professional and personal growth I could experience in getting my MBA overseas was even better in the long term," he says.

When it came to choosing where to study, Jack was attracted to Melbourne Business School because of the strong cohort experience in the Full-Time MBA.

"Melbourne is awesome, but it was first about Melbourne Business School. It really attracted me because of the small class size. Only 40 people in the cohort," he says.

"I was initially hesitant. I thought Melbourne was going to be an amazing experience at 27, but that the School might not be. It's been the opposite. The program has totally exceeded my expectations and some of the teachers are just incredible.

"I really like the small class size – working with small groups and getting to know everyone. I know everyone in my cohort's background professionally, their family situation, where they're from. There's just a real intimate connection. I feel like I've made some lifelong friends in this program, and that's been worth every cent of this MBA."

Jack's long-term goal is to build and run the sort of company that gives back to the community.

"I want to run my own company the way I think it should be run, which is in a sustainable manner – treating employees well, having a tremendous impact and maybe making a little money on the side if possible," he says.

"The MBA here does a good job of – not to sound too cliché – keeping that triple bottom line in mind. It shows that it's never all about making money. It shows why it's important to remember all the stakeholders: employees, customers and shareholders."

As part of his studies, Jack is now doing an internship at L'Oréal, which – as a fifth-generation lumberman – he says will be an interesting adventure.

"I'm not the first person you would think of for cosmetics, but I'm incredibly blessed to have the opportunity to work there and learn because it's a big step forward to what comes next."