After striking up a conversation at a student debate, Jude Newton landed a dream role at Cube Group, a purpose-driven consultancy where he now works on major projects. 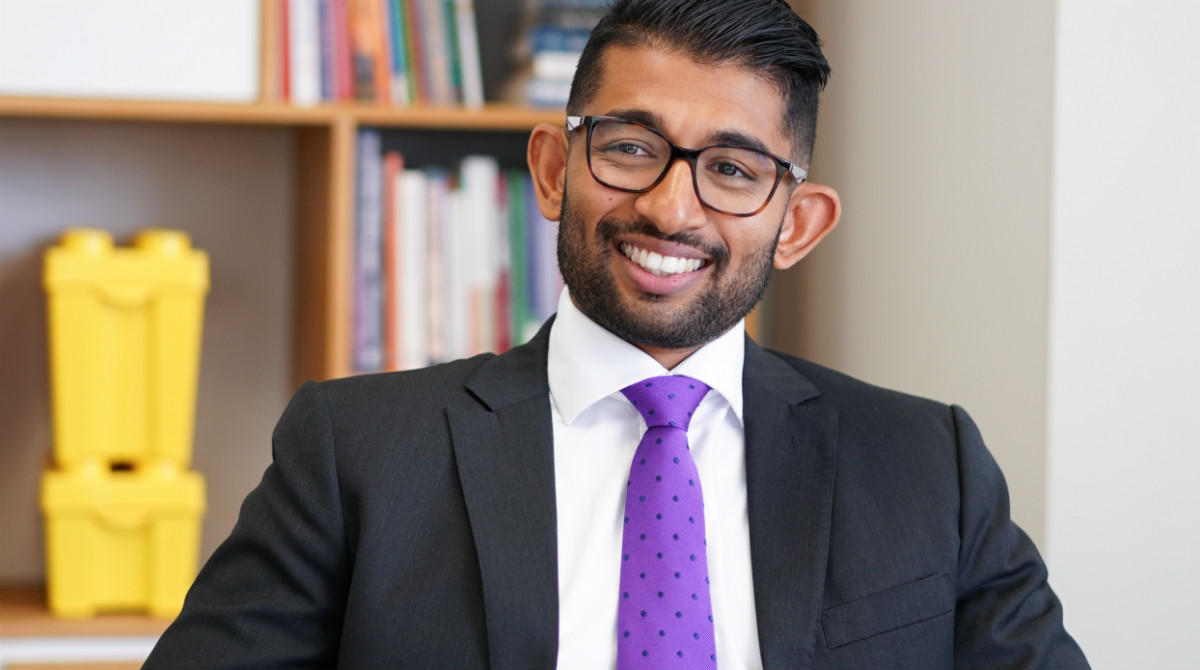 "Networking isn't just about your career – it's about meeting new people, hearing about what they do in the world and making that valuable contact," Jude says.

Jude's experience is evidence of why Melbourne Business School was recently ranked among the world's top 10 business schools for networking by The Economist.

Even if it feels daunting to begin with, learning to network can be one of the most important skills to learn while studying an MBA.

"Networking can be challenging at first, but you naturally feel more comfortable as you meet more people and learn how to connect with them," Jude says.

It was in a chance encounter that Jude met the General Manager – Operations at Cube Group, Jane Edgar, who he found common ground and shared values with.

"I met Jane while approaching a strategy house executive and found I had more in common with her after explaining my not-for-profit and consulting interests," he says.

With four friends, Jude had co-founded Third Man Up, a small not-for-profit that organises social and sporting events to raise funds for Australian charities.

"I responded to Jude's exposure and interest in the not-for-profit sector and soon into the conversation asked him if he would consider consulting in an environment that aligned to his interests," Jane says.

That conversation eventually led to Jane and Jude working together at Cube Group, a consultancy which only works on public value projects that deliver positive outcomes for the community.

"I've also been involved with Cube’s work on a public impact report for Crime Stoppers and a Safe and Healthy Crowded Places publication."

While Jude is still relatively new in the team, he has worked on projects for major clients including the Department of Education and Training – where he was able to put the skills he learned at Melbourne Business School to good use.

"What I had learned in my MBA and practiced through networking, specifically communicating in person with different people, really helped in my consulting work.

"I'm thankful Melbourne Business School is full of networking opportunities, like career and club events to monthly alumni mixers. It's easy to meet other students and business leaders there."

When Jude considers his time in the classroom, he attributes his networking skills to working together in groups on case studies and conversing with friends.

"Speaking with other students about their experiences, and how they deal with different situations really helped how I approach people to network," he says.

Jude says that joining a club can be a way to meet new people and build the confidence needed to network.

"As I was part of a club, it gave me jobs to do that involved talking with more people," he says.

"I met the Children's Cancer Council CEO and while talking to her I realised that no matter where you sit in business, everyone is human. Seeing people as people and not as their role is key to what networking is all about.

"So, as cliché as it sounds, just practice networking persistently. As Jane has said to me, most jobs never go to market, so focus on making genuine connections with people.”