Two decades after completing his Full-time MBA to make a career switch from engineering to finance, Sam Dharmapala is settling well into his third act as a social entrepreneur.

The Singapore-born Australian is the founder and chief executive of Regenesys BPO, an outsourcing firm based in Cebu City, Philippines, and a newly opened office in Kathmandu, Nepal, that provides digital media services to companies overseas.

Most recently, Regenesys became the subject of an award-winning short documentary film titled When God Roars for its work in employing survivors of sex trafficking.

"I held back on publicising our work because it can be easily misconstrued as exploiting your employees and what they've gone through for your financial gain," says Sam of the attention the documentary has received.

"But the reality is we would like to celebrate their journey of recovery and show the world a different way to operate a business.

"It's creating what I'll call a redemptive work environment. Here, it’s possible to create world-class services in an intentionally designed workplace where life change and transformation is happening."

Indeed, 90 percent of Regenesys BPO's 250 or so employees are former victims of sex trafficking or are highly vulnerable to exploitation.

'Mister Nobody': A founder's journey

Before starting Regenesys BPO in 2014, Sam held various roles in banking and finance. After graduating from Melbourne Business School in 2002, he landed process and project management roles at National Australia Bank, JP Morgan and Deutsche Bank.

That experience in the finance industry would plant the seed that later grew into Regenesys.

"I was drawn to banking because of the opportunity to work in emerging markets," Sam says.

Sam's last banking role, as Vice President of Global Technology and Operations at Deutsche Bank, is what ultimately led him to Manila. It was there that he saw an opportunity to help rescued women reintegrate into society and restore their lives by providing them full-time employment.

"The idea was to provide computer-based work for survivors of trafficking and abuse delivered in an environment or workplace that would support them toward that journey of recovery.

"I suppose one of the realisations was that I could give this project (Regenesys) to someone else to do, or I can do it myself."

Reflecting on his decision to leave the corporate world and jump headlong into entrepreneurship, Sam says: "In the corporate world, an entire ecosystem supports your function and job, and you don't have to think more broadly about all the other things. But when you are an entrepreneur, you're literally Mister Nobody and you need to start from scratch."

Today, Regenesys BPO works with clients in the US, UK and Australia and has recorded strong revenue growth over the past two years.

But despite the company's current success, a founder's journey is never easy – and Sam's story is no exception.

"The initial four or five years of the business, we were trying to prove that our staff could deliver high-quality work reliably, and no one wanted to really take a chance on us," he says.

"There was a lot of scepticism about whether or not it could even survive and whether or not our people coming from a traumatised background could do complex work.

"The company nearly collapsed many times in that journey. Sometimes I would go to Manila and see if we could get outsourcing contracts, and I would walk from one end of Makati to the other," he says, referring to Manila's financial district, "because I didn't want to spend the 200 pesos (about $5.50 for a taxi)."

Even when he thought about giving up, Sam continued to back his vision for Regenesys and put virtually everything on the line.

"We ended up selling our house to keep the business going, and used up our savings," he says.

"Every time I thought of giving up, I could see myself back in corporate life in Australia, catching the train on the Belgrave-Lilydale line on a cold winter's morning, knowing that I will forever ask myself if I could have done something different to keep the company going."

Things turned around when Regenesys found its first big client, Next Door Photos. The US-based real estate photography company commissioned Regenesys to process the thousands of images it receives from realtors across the country.

Landing Next Door Photos paved the way for Regenesys to obtain the track record it needed to work with other clients and gain stability. 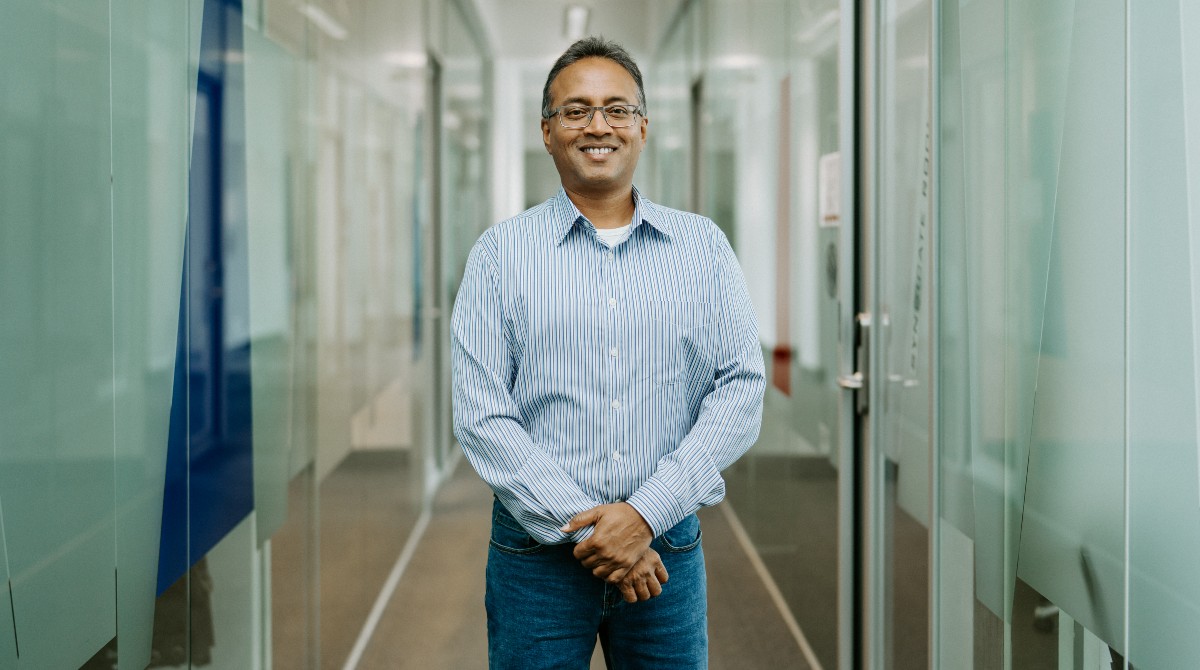 Sam says all businesses can play an important role in advancing positive social change, and it starts with procurement experts scrutinising their supply chain.

"It's in the decisions you make about procurement, which could have multiple levels of abuse and exploitation," he says.

Sam believes companies can do more than just turn a profit, something that he was keen to show through Regenesys.

But why go to all the trouble of setting up those extra layers for his business?

"My faith insists that men and women are valuable. And you can't be out there creating technology, creating a business where there's an implicit devaluation of a person," he says.

Sam adds that studying at Melbourne Business School not only helped him understand the competencies required to run a business, but the positive impact they can have as well.

"It's really satisfying to see all of the things that I learned through my career and the MBA coming together to effect this change," he says.

"It was literally in the School where I started to appreciate and understand the different fields of competencies required — from marketing to economics, operations, finance — how all of that needs to come together in a business.

"Take up an MBA so that you can see that bigger picture. It's one step in that journey to understanding the bigger picture of what good business can do."