Duncan Graham couldn't be happier. He gets to contemplate the future of work by day and feed, bath and read to his young son Will in the evening. 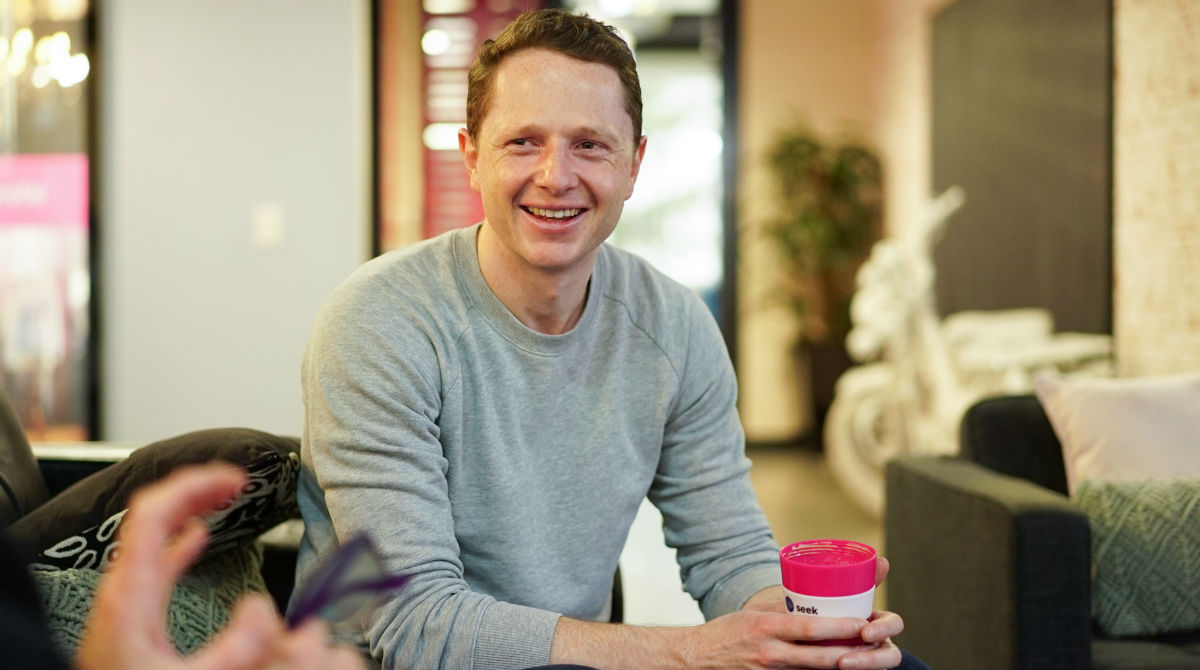 It was Will's birth that started Duncan thinking about his own future, and turned him from a McKinsey consultant into an AI geek at job search company SEEK.

Duncan landed the role with McKinsey after studying a Full-Time MBA at Melbourne Business School and spent three years enjoying his time with the firm before changing tack.

"I left McKinsey to get a bit more balance in my life, but one thing you get there that's hard to get anywhere else is endless learning," he says. "You do a good job once and next you're on to a bigger, harder and scarier challenge, which is a fantastic to experience to have."

Duncan is now learning just as much in his new role as Senior Artificial Intelligence Service Manager at SEEK – but his working day is a little more manageable.

"McKinsey is a little less than a life, but more than a job," he says. "You end up working 50-to-60-hour weeks and more because your client's needs always come first – but the hours at SEEK are more regular."

Duncan's new roles as father and AI expert have given him plenty of pause for thought about the future of work.

"I don’t think AI will make anyone redundant, just free them from repetitive tasks so they can add value elsewhere. But it might mean supporting people for a while to make sure they transition into something that works for them," he says.

Duncan's work is helping SEEK use AI to put the perfect job in front of potential candidates – at the right time in their career.

"AI helps us understand what you're really looking for," he says. "If you search for an HR manager role, we'll know that you're interested in people and culture manager jobs. That might seem pretty basic, but you'll get a lot more jobs in one AI search than you would from four or five traditional keyword searches."

Duncan says AI will allow SEEK to build models that can proactively provide multiple job opportunities at crucial times in a person's career and open up opportunities to engage with highly relevant jobs that the jobseeker wouldn't have seen in the past.

"It will become more and more seamless and make the process of building a career easier by giving you access to many more timely opportunities," he says.

Previously a HR consultant at NAB before coming to Melbourne Business School, Duncan says he would never have made it to McKinsey or SEEK without studying an MBA. The skill he values most is the ability to draw on knowledge of different functional areas, such as finance, economics, HR and operations, to solve a problem.

"The really, really hard problems to solve in the world require you to apply concepts from across all those different domains. I would never be able to do that if I hadn't done my MBA," he says.

Duncan's advice to anyone looking to build or change their career is to be prepared to move sideways to move forward, and to find the right balance between career, family and health.

"You need balance, but it's alright to be unbalanced too if you're learning something special for a time," he says.

"But the more you optimise any one element, the less you're able to address the other two – and you'll be much happier with a balance that suits you. For me, the job I have now is pretty much my dream job, so, it's all worked out nicely."