View policy
Melbourne Business School News Help us raise $200,000 to give women the skills they need to become leaders

Help us raise $200,000 to give women the skills they need to become leaders 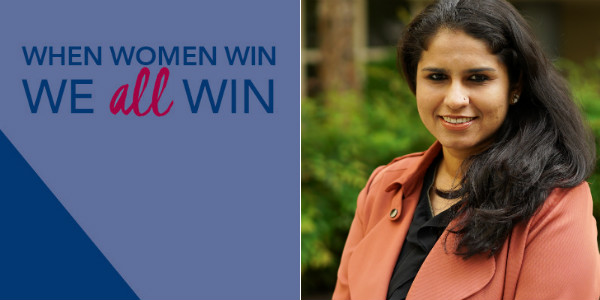 The When Women Win, We All Win campaign will raise $200,000 to sponsor participants in the new Executive Program for Women Leaders course.

The program has been created to address the critical shortage of women business leaders, whose biggest obstacle to developing their potential is often financial.

Visit our Giving page to donate

"We're making it more accessible to as many women as possible by removing the cost that would stop them from developing their career," says Melbourne Business School Campaign Manager Nooreen Dossa.

"Melbourne Business School has a history of driving various initiatives to promote gender equality and promote women as natural leaders, and this is one of those initiatives."

Before moving to Australia, Nooreen worked for several not-for-profit organisations in India, where she saw firsthand the impact that empowering women can have.

"The driving principle across all these organisations was that if you empower a woman, it leads to benefits beyond imagination.

"In India I worked for SHARE, which believes that every woman is a leader and if she is empowered socially and economically, it ensures better education and health for her children, and less debt for her family. I've seen the impact of that with my own eyes.

"When I came to Australia and started looking at the problems of women here, I realised that while they might not be the same, they are similar because  the disparity on the basis of gender is there – whether we accept it or not."

Only 15 per cent of Australian businesses are led by women. Half of the goal amount for the When Women Win, We All Win campaign – $100,000 – has already been donated by generous donors and alumni.

The campaign now seeks to raise another $100,000 over the next three months, ahead of this year's Women and Management Dinner in June, which will feature World Vision CEO Claire Rogers and other senior industry leaders.

To make a difference to the lives of talented and ambitious women, as well as the whole community, donate now – because When Women Win, We All Win.