One of Melbourne Business School's most-loved staff and alumni is about to add an unexpected new line to his CV.

Most people know Pete Manasantivongs as a former director of our Full-time MBA and Master of Business Analytics degrees — or before that, from his time studying a MBA/Master of Marketing dual degree.

Now Pete is kicking goals in his latest adventure as coach of the Australian mixed doubles curling team at the 2022 Beijing Winter Olympics, pictured above (far right) with co-coach John Morris and athletes Dean Hewitt and Tahli Gill (L-R).

"It takes me back to that first time in 1984 when I was a young boy seeing the Los Angeles Summer Olympics on television," Pete says.

"I look forward just to being in the moment and soaking it all in with all my senses — sight, sound, atmosphere."

From Harvard to Melbourne Business School

Going from academic to curling coach might seem like an unusual step for some, but Pete's career has never been conventional.

Born in New York City to Thai parents but raised in Los Angeles, Pete studied mathematics at Harvard University ("because that's what I was good at in secondary school") before discovering an interest in language. That interest led him to earn a PhD at the University of Cambridge in Linguistics, with a focus on Romance syntax.

After finishing his PhD, Pete returned to California where he worked in linguistic risk analysis for a brand consulting firm. His job was to help large companies create and trademark names for new products, while avoiding names that could have negative connotations in global markets.

"So, for example, a name might sound like this bad word in Malaysia and Indonesia, and we would advise clients how to mitigate that risk by changing the font or providing this context on the packaging and marketing materials. Very neat, right?"

Developing a taste for curling... in Australia

It was also during this time that Pete developed his passion for curling.

"Like most people, I saw curling at the Winter Olympics and then didn't think about it again for another four years. It was a novelty that just captures people's attention, and that's the type of person I was as well."

That all changed when, while watching coverage of the 2010 Vancouver Winter Olympics from Melbourne, Pete saw an ad for an upcoming ice sports centre. Located in Docklands just outside Melbourne's CBD, O'Brien Icehouse would have facilities for winter sports such as figure skating, ice hockey – and curling.

"When I heard curling, I said 'I'm finally in a place where I can do it for myself'. So, I signed up in March 2010 and started to get involved in the sport."

For the next eight years, Pete balanced his teaching commitments at Melbourne Business School with regular curling sessions during the colder months from April to September.

"Monday nights was our only slot at the icehouse, so despite my travelling for work and other commitments I made sure to keep Monday nights free so I could curl," he says.

"It's a great community. It's such an inclusive, accessible sport with a lot of camaraderie, so it wasn't just the sport itself, but the community."

In April 2018, Pete got his big break at coaching. Dean Hewitt, a Monday night curling buddy and one of the defending national champions at the time along with his mother Lynn Hewitt, told Pete their coach was unavailable for the upcoming World Championships in Sweden. Would he be willing to stand in as coach?

"They knew that I was a recreational curler, that I knew enough about the sport and that I was the right personality fit," Pete recalls.

"They were looking for somebody who would keep their spirits up, a cheerleader who would make sure that they were in the right frame of mind. So, I said 'yes, I’m available' and that’s how it started."

Pete would go on to stay as their coach, even after Dean's mother retired and he chose Tahli Gill as his new partner. The pair have been national curling champions since 2019 and will now represent Australia at the Beijing 2022 Olympics for the first time in history – led by Pete. 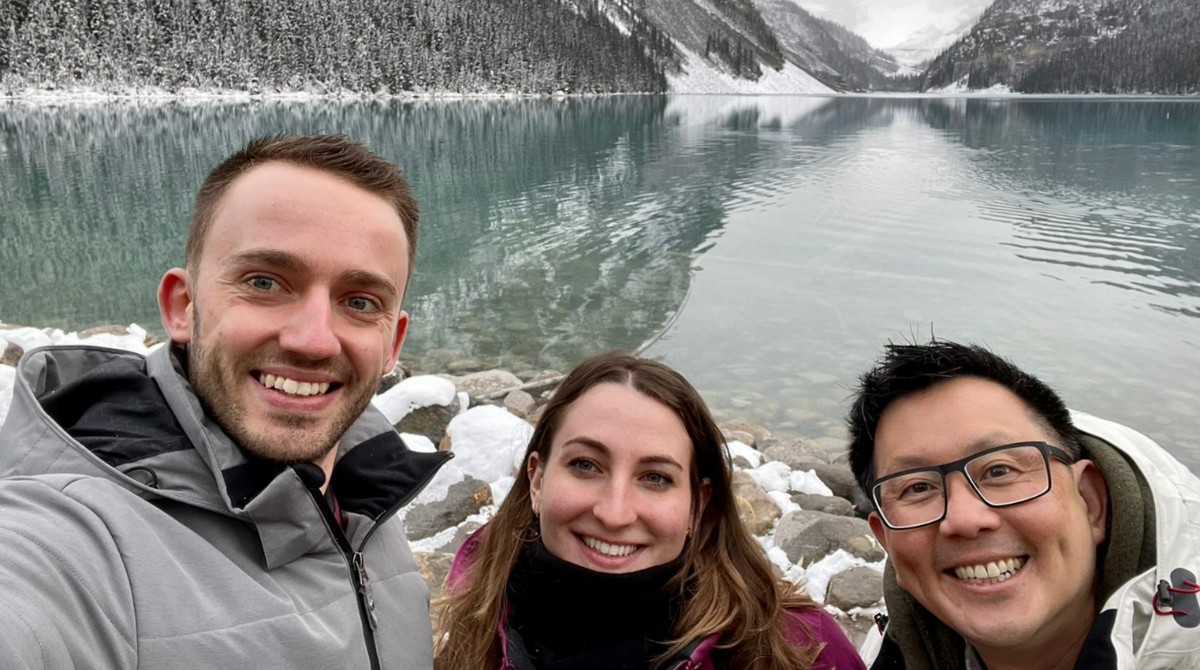 Pete says several lessons from his MBA classes have come in handy as the coach of an elite sporting team as well.

"Even before the pandemic, an acronym we emphasised a lot in our MBA program is VUCA – volatility, uncertainty, complexity and ambiguity," he says.

"As a general manager, you have to know how to deal with these four components because things are always changing, whether it's the economy, geopolitics, or public health. That was certainly true before the pandemic and is even more so now.

"If you are in any type of leadership position – business, government, community, sports – you have to anticipate VUCA and realise that things are not going to stay. You have to be that reassuring presence and steady influence for your stakeholders."

One of the other lessons Pete has taken with him is simpler. Remembering a quote from former Melbourne Business School professor Ian Williamson, who taught organisational behaviour, Pete says: "Make sure you are not the main character in someone else's horrible boss story."

The photo of Pete and the curling team was taken by Steve Seixeiro for the World Curling Federation.

The team's first match will be on Wednesday, 2 Feb, 8:05pm CST (11:05pm AEDT) versus the United States. You can follow the team's upcoming Beijing 2022 Olympic matches here.