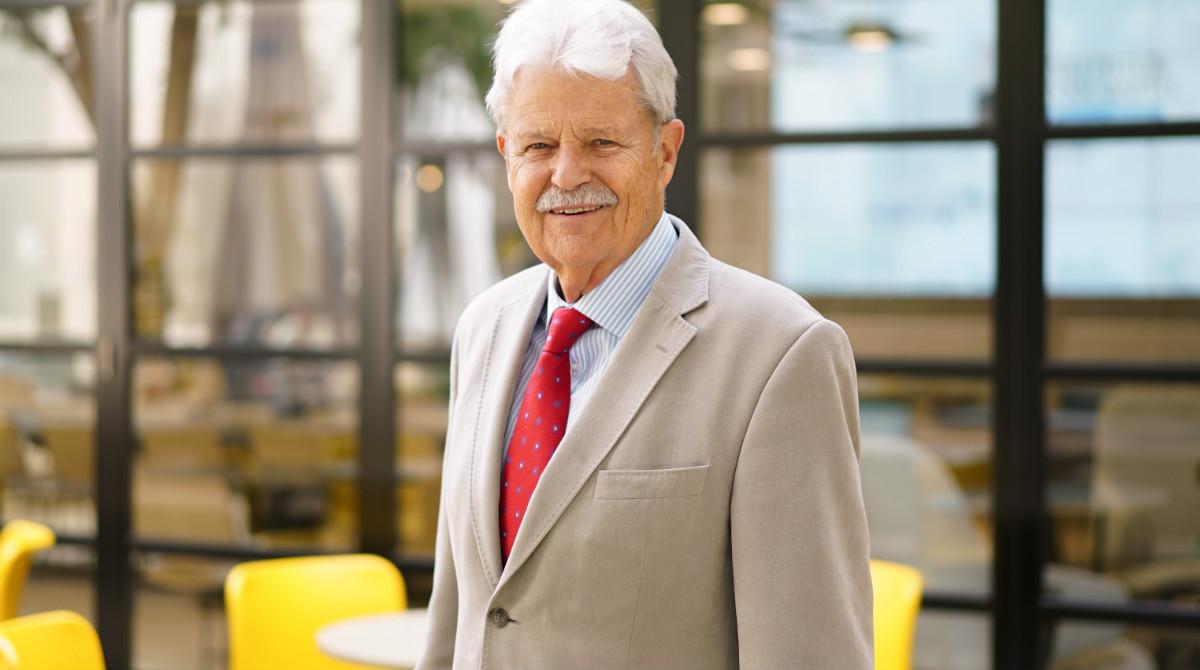 "The trade tensions that have built up between the US and China, and other nations, are the most intense the world has seen since 1939, on the eve of World War Two," says Professor Sampson.

"And the WTO, the institution most responsible for peaceful international trade and prosperity since then, is in danger of collapse."

Professor Sampson was a director at the WTO and its predecessor, the General Agreement on Tariffs and Trade, for 18 years before teaching international economics to our MBA students and other business students around the world.

He has just published a major article in the prestigious Australian Economic Review about the need to reform the WTO and the important role that Australia can play in doing so.

"The WTO has been described as the most significant institution dealing with international trade the world has ever created. Reforming it is really the only option we have," says Professor Sampson.

"There's an old saying that, 'If goods and services are crossing borders, then tanks and soldiers don't.' History has proved that to be true."

Professor Sampson says Australia is uniquely placed to take a leadership role in driving reform of the WTO due to its international reputation and economic credentials.

"From my experience at the WTO, and GATT before that, Australia is one of the world's most-respected trading nations because we play by the rules," he says.

"We went from being the most protected of the developed country economies in the world in the 1960s to among the most open. We have also enjoyed an unprecedented and unbroken 30 years of economic growth since opening up. In short, we can lead by example and reverse the dangerous drift away from belligerent trade blocs to recommit the world to an open trade system that benefits everyone."

Professor Sampson says the upcoming G20 meeting in Buenos Aires is an opportunity for Australia to use its reputation to work with more-powerful, like-minded nations on regional agreements that can demonstrate the worth of the kind of reforms that need to flow through to the WTO's more universal rules.

"I would like to see in a communique from the G20 meeting that clearly indicates that a process has begun to discuss reform of the WTO to give it back its central role in global governance as the adjudicator of trade disputes and agent of liberalisation among its 164 member countries," he says.

"If a core group of countries could get together and start the process with an agenda for reform, I wouldn't mind betting that both the United States and China would be happy to see that development."

Professor Sampson says international trade has been operating under the same WTO rules since 1995, and efforts to modernise them have failed – most recently the attempted Doha Development Round in 2001.

"The failure of governments to achieve reform at the WTO has led to a plethora of trade agreements between pairs and groups of nations. But leaving that trend unchecked will exacerbate the kind of tensions we're now seeing between the US and China."

The US–China rift has placed pressure on Australia to choose between its major defence ally and its biggest trading partner, but Professor Sampson says we shouldn't need to choose.

"The WTO is a multilateral institution, based on rights and obligations, where countries are required to respect each other and treat each other equally. We can tell the China and the US that we don't take sides, and they should settle their disagreements within the WTO," he says.

Professor Sampson's article "Challenges Facing the World Trade Organization: An Overview" appears in the December issue of the Australian Economic Review. It can be read online here. For interview opportunities with Professor Sampson, contact media@mbs.edu.