Women have always been natural leaders but there needs to be more recognition and support in place to nurture female leadership. 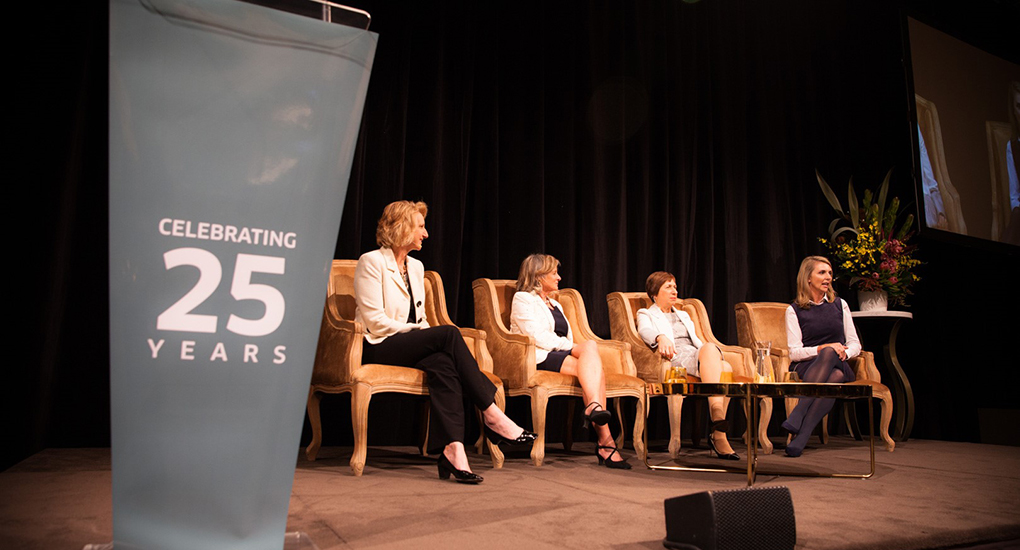 That was the overarching message from the panel of female leaders at Melbourne Business School’s Women and Management Dinner.

The 2017 dinner marked the 25th anniversary of the event, which was started by Professor Amanda Sinclair and alumna Catherine Walter AM, who was then doing her MBA at the School.

Catherine shared her experience with the audience of the great sacrifices and dedication needed while undertaking an MBA.

At the time, she and her husband were both studying their MBAs part-time, their two children were born 18 months apart and the couple were tasked with setting up the Melbourne office of law firm Clayton Utz.

Professor Amanda Sinclair, who co-authored the upcoming book Women Leading with former Victoria Police Chief Commissioner Christine Nixon, asked the panellists to share anecdotes and reflections about their experiences of being leaders and how to support women in the workplace.

She also shared her reasons for starting the dinner, with the support of Cathy Walter.

“We needed to take action to create support networks, to build opportunities for women as well as educate the rest of the school community about the value of having women and diversity in the classroom,” Amanda explained.

“I had to find my own path as a teacher, as a mentor and a supporter of students doing their MBA. So, I had to find that courage and capability to back my own values, my own interest, to back who I was as part of being an educator in that environment.”

Amanda also told the audience her reasons for writing her latest book.

Lisa Borden (MBA 1998) started her successful analysis and benchmarking firm CCI Consulting with fellow MBS alumna Andrea Murray in 2001. Lisa told the audience the story of when she and Andrea sold the company to ISG (Information Services Group) and after the ink had dried, quickly celebrated with a small champagne each before both women had to race off to after-hours family commitments.

“We didn’t really stop to think that we were leading,” Lisa said and pointed to the analogy of the frog in boiling water to describe her experience where it dawned on her she was a leader. 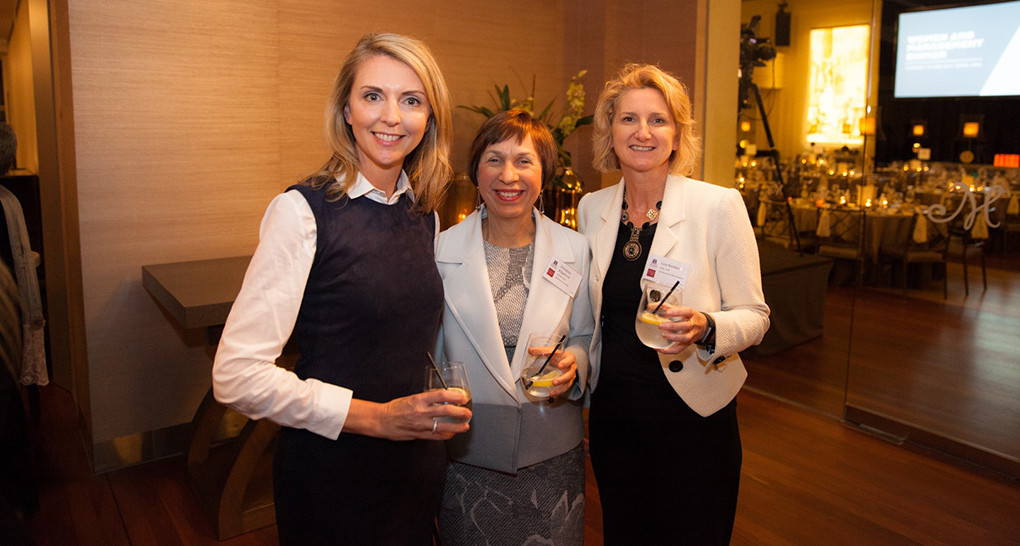 Lisa thought as a community we were “losing the art of positive reinforcement of each other and the art of complimenting each other”.

She said she wanted to see a return of putting out positive messages to each other.

“It creates a better society and workplace,” Lisa said.

Christine Kilpatrick, who is a neurologist and before taking the helm at Melbourne Health was the CEO of the Royal Children’s Hospital, said she’d observed over her career that women were often reticent about their own skills.

Christine urged women to support each other and invest in themselves.

Rachel Bondi, Microsoft Australia’s Chief Marketing Officer and Chief Operating Officer organisations could provide a lot more infrastructure to create the conversations for women about leadership and work in general.

Rachel, who is back in Australia after many years working for the tech giant in the United States, said the technology sector was known for being one that could be better for representation of women and she was excited to be a female leader in the industry.

‘There is a great power in women in leadership,” Lisa said.

For this reason, Lisa said there needed to be the celebration and support to bolster women, including opportunities to network in more settings like the Women and Management dinner.

“Networking is hard. How do you demystify how to network?,” Rachel said.