After being pipped in the regional finals, Grainarc are in the running again to achieve their dream of creating a native grain industry to combat climate change. 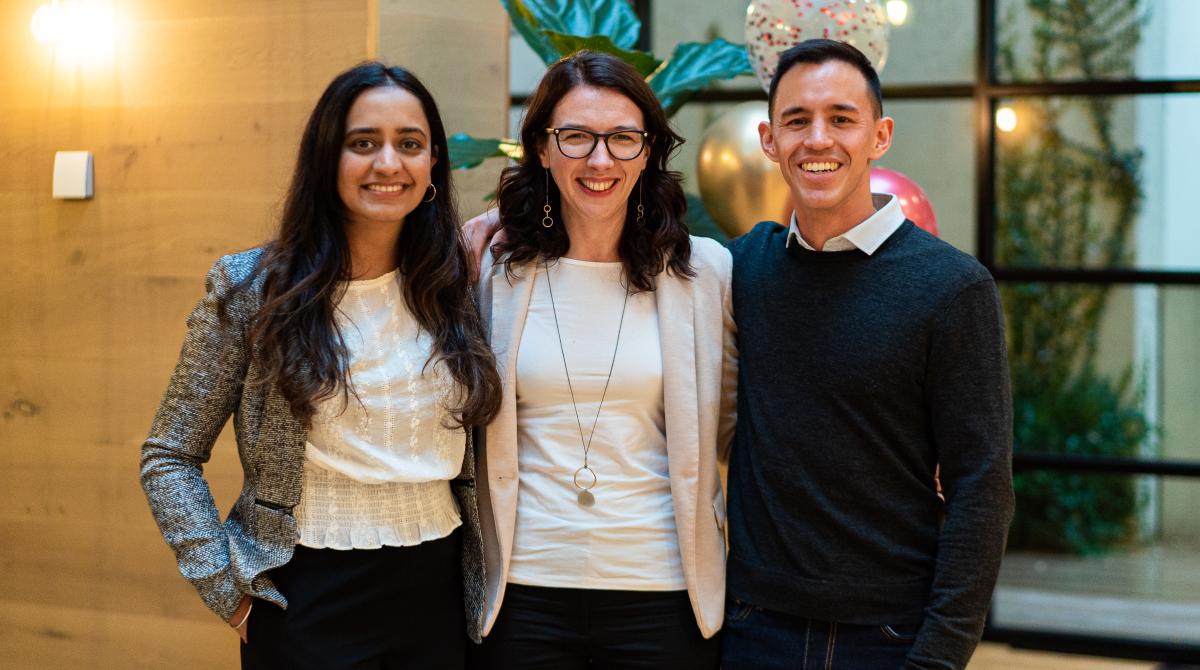 The Part-time MBA students from Melbourne Business School made the final six of the Hult Prize's Regional Impact Summit in April, but just missed out on advancing to the accelerator stage in London due to tough competition from Mexican team V-Jelly.

However, the regional judges were so impressed that they offered Sukriti Khorana, Jason Whitehill and Bianca Eden a wildcard opportunity to join the global accelerator, along with other teams from around the world, working to create food enterprises that benefit at least 10 million people over the next decade.

With 68 teams left in the running, the competition will culminate with finals at the UN in New York in September and a grand prize of $1 million in seed funding.

"We're now at the point where we would have been if we had won the Regional Impact Summit two weeks ago," Bianca says.

"It's an ambitious challenge that we've taken on, but the thing that's keeping us going is the potential we can see in it. It’s not just us either, we can see the interest this is generating and it’s incredibly exciting."

The road ahead is a tough one for Grainarc, who aren't just trying to create a new product but a new industry of Indigenous farmers, helping to reduce our dependence on wheat.

"The next few months are crucial because we have to kick-start a pilot and prove the potential of native grains as an emerging industry," Sukriti says.

"As part of the due-diligence process, we have certain milestones to meet, such as signing an agreement among ourselves as co-founders and formalising our partnership and advisory relationships. As long as we can meet the criteria, we get to join the other teams in London for the global accelerator program in July."

Their journey is advancing at a rapid pace. In a matter of weeks, after winning the early campus stage of the competition at Melbourne Business School, the team changed their name from Brains for Grains to Grainarc and switched their focus from funding harvesting research to building a co-operative.

"Our idea has evolved so much," Sukriti says.

"The biggest change has been in the business model. We're now a co-op, a farmer-owned business to enable farmers to come to us and get help with scaling growth, marketing, packaging and processing the grains."

Central to their idea is helping Indigenous communities around Australia grow native grains, such as native millet, which is a hardy plant – but difficult to harvest.

"There aren't a lot of Indigenous farmers with the resources and access to land to do this on a large scale," Bianca says.

"That’s why Black Duck is such a crucial partner for us. Led by Bruce Pascoe, a leader in Indigenous agriculture, we're working with them to grow supply and production and allow Indigenous farmers to get experience, experiment, access land and try things out."

Bianca also sees opportunities for non-Indigenous farmers to take part in the co-op, as long as they contribute to positive employment outcomes for Indigenous Australians.

"That's something that we're looking to explore more – farms that aren't Indigenous owned but might have a 50-per-cent Indigenous employment quota. A huge part of the success of this idea is having thousands of Indigenous farmers growing native grain across Australia over the next 20 years."

Grainarc's dream has already captured the attention of people in a position to help make it happen, says Jason.

"A few weeks ago, we were presenting to the CEO of a private equity fund. We would never have thought we'd be doing that, but relationships just keep popping up because people see value in what the idea could become."

Jason says the opportunity to enter the Hult Prize has been the highlight of the group’s time at Melbourne Business School.

"This is the thing that we're really going to remember afterwards. It's something that changes the way you think about the world."

In making it to the London accelerator program in July, Grainarc are the most successful Hult Prize team ever from Melbourne Business School and the only remaining Australian team in the competition.

Organised by the Hult International Business School and United Nations Foundation, the event attracts students from more than 2000 colleges and universities in 121 countries each year.

Even if Grainarc don't secure the $1 million prize, three months in the world's top accelerator program for entrepreneurial-minded students will put them on course for running a business with the potential to build a native grains industry across Australia, creating economic, environmental, social and cultural benefits.

"There’s a huge amount of work to be done, but it’s not every day you get an opportunity to do something like this and when you do, you don’t let it go in a hurry” Bianca says.