Why Australian innovators should look to Dropbox for inspiration

Professor Colin McLeod explains why Dropbox founder Drew Houston is one of his favourite entrepreneurs as the new Australia 2030 report shows the importance of innovation.

Innovation and Science Australia's new report Australia 2030 shows why our reliance on traditional industries is unsustainable, and how innovation is necessary to transform our economy over the next two decades.

Every country in the world needs entrepreneurs, and Australia is no different. Our two biggest exports are mining and agriculture. To stay ahead in agriculture, we have to double production every 12 years, which is virtually impossible. And the return on investment from digging stuff out of the ground is declining in most mining sectors.

This isn't a problem unique to Australia. A report from the McKinsey Global Institute in 2016 showed that about 70 per cent of households in the Western world are worse off financially than they were a decade ago, and today’s children will be poorer than their parents. 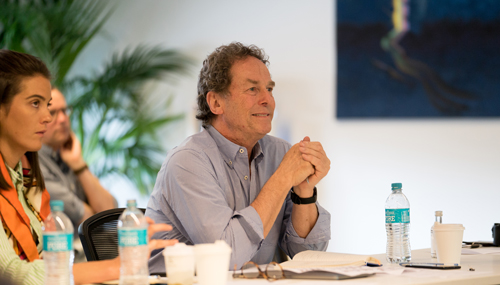 We all need innovation, and at the national level we need the entrepreneurial capacity to create new businesses and new industries to drive future economic prosperity, particularly employment.

So where will all these entrepreneurs come from?

Every year I receive hundreds of pitch decks from ex-students, as well as colleagues from places like Wharton, Berkeley, Stanford, Cambridge and Silicon Valley, and there is a remarkable similarity in the problems they are working on – how to make travel easier, getting kids to school, how to save or invest money, how to manage staff or how to more effectively engage with customers.

It seems that none of them are working on an original idea – but maybe that's OK.

Much successful entrepreneurship is built not around an entirely new idea, but a customer insight that nobody else has.

As all my students know, one of my favourite entrepreneurs is Drew Houston, the founder of Dropbox. File sharing was a well-known problem and at the time that Dropbox was launched, there were already over 100 file sharing services, in many cases backed by behemoths like Google, Amazon and Microsoft.

So how does a 23-year-old new graduate create the most used file sharing service with 500 million users in just five years, when there's already so many other options?

Success is often the alignment of many factors, but it is useful to think about Houston’s comment that when he started, he thought it would take him eight weeks to build a file sharing technology people would use – but it took him two years to build a technology that customers would actually buy.

In that comment lies the most fundamental challenge of entrepreneurship – entrepreneurs are trying to get customers to behave in a way that they never have before.

If you stop for a moment and think about the times you've wished that you could change the behaviour of friends, family (anyone else got kids?) or colleagues, you quickly realise that this is no small challenge.

When you think about the market that Dropbox faced – competitors with great brands, access to hundreds of millions of customers and massive technical capability – the only avenue to success was to know more about his customers than anybody else. So Drew spent those two years running thousands of small experiments with his customers to build something that they would buy.

And I think that's where most great entrepreneurs find what makes them successful. They roll their sleeves up and get dirty digging into the customer to develop insights nobody else has.

As the German philosopher Arthur Schopenhauer put it a few hundred years ago: "The challenge isn't to see what no-one else is seeing; the challenge is to think differently about what everyone is seeing."

Of course once they do find unique insights, entrepreneurs still have to build an organisation that can deliver on those insights at scale, but that's a story for another time.

Colin McLeod is a professor at Melbourne Business School and the Academic Director of the University of Melbourne's Wade Institute of Entrepreneurship, and has held senior marketing roles with Telstra and the AFL.

Professor McLeod was also a judge on our Innovation Bootcamp 2018 program, where Full-time MBA students pitched new business ideas to a panel of industry members and experts.