Receiving a scholarship to study an MBA changed the course of Wayne Patten's life. Now he's giving others the same opportunity. 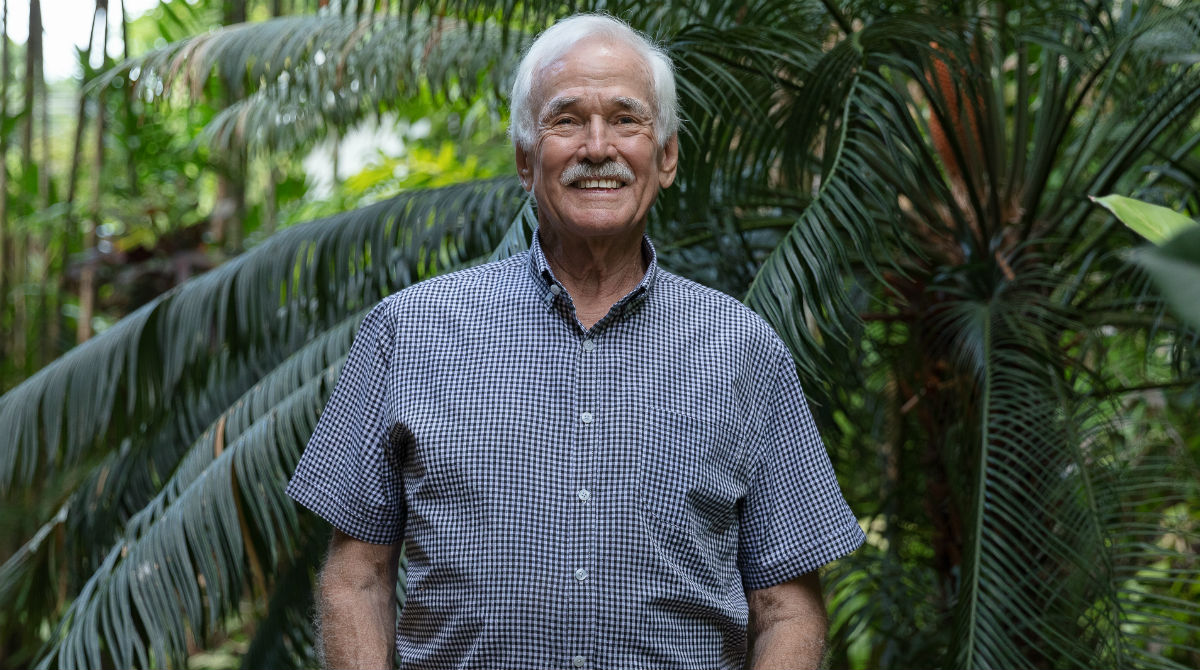 Mr Patten is one of Australia's most colourful entrepreneurs, having founded the famous Wayne's fashion shops and travelling boutique which flourished across the Top End in the 1980s and '90s.

That life was a world away from Mr Patten's beginnings, having grown up in Mississippi, one of the poorest states in the US. What changed his fortunes was winning a scholarship to study an MBA degree at Nicholls State University in Louisiana in the 1960s.

"People from Mississippi do not migrate to another country – most never even leave the state," he says. "I would never have had the self-confidence to migrate to Australia if it wasn't for my MBA and civil engineering degree and the associated job experience."

Mr Patten arrived in Sydney in January, 1972 and soon moved to the Northern Territory where he tried his hand as an entrepreneur. After a few false starts, he eventually found success with his eponymous business Wayne's – alongside his wife and business partner Marion.

Now retired, Mr Patten is funding the creation of two new Wayne Patten Scholarships at Melbourne Business School in order to give other people the same opportunity he received at Nicholls State.

"I chose Melbourne Business School because it has one of the best MBA programs in Australia. The scholarships will help students who have difficulty paying the tuition fees," he says.

"Some of these students could have fantastic potential but miss out because of the fees and be disadvantaged if they wish to proceed into upper management in an existing business or start their own business."

Mr Patten was one of just nine students to graduate from the school he attended in the small town of Lena, Mississippi. With a talent for mathematics and love of the outdoors, he was encouraged to study civil engineering at university but never felt it was his true calling.

After graduating and working for Texaco Oil in the bayous of Louisiana, Mr Patten applied for a scholarship to enroll in what was then a brand-new MBA program at Nicholls State.

"Without that MBA, I would never have had the opportunity to be promoted to project manager of construction projects at such an early age – and the success of my business, Wayne's, would have never been possible," he says.

Mr Patten's first job after his MBA was with Monsanto Chemical, but he couldn't stand the smell of the chemicals and was looking for other opportunities when he learned about the Australian government's 'Assisted Passage Scheme' for migrants.

After landing in Sydney and struggling to find work, he decided to ride his Honda motorcycle more than 4000km to Darwin to take a job as a site engineer on a new Travelodge.

After surviving Cyclone Tracey, which all but destroyed the city in 1974, Mr Patten's first attempt at the retail business was importing teak staircases into Australia from Bali. It failed, but paved the way for the next attempt which was a success.

With the help of a friend in Bali who became his supplier, Mr Patten founded Wayne's Tropical Fashions which sold clothes across the outback – in some unconventional ways.

"Our business took off with the creation of Wayne's Travelling Boutique – a five-metre caravan converted to carry racks of clothes to agricultural shows and other community events," he says.

"No-one sold clothes in this way at the time. The Travelling Boutique sold more garments in a day than a shop could sell in a week and was a huge success."

Wayne's Tropical Fashions was soon shortened to just Wayne's, and opened stores across the Northern Territory and Queensland, including Alice Springs, Katherine, Darwin and Cairns.

Mr Patten is particularly proud of creating and supplying garments that satisfied the needs of the Top End's remote communities.

"We realised that Indigenous Australians were our target market," he says. "We were among the first to cater to them with custom-designed styles, colors, sizes and materials – and eventually chartered a plane that flew to communities across Arnhem Land to stock their stores."

Looking back on the experience now, Mr Patten says it was his MBA degree that made such a lifestyle possible.

"In building this extraordinary and unlikely business, I used all the tricks of the trade that my MBA professors had taught me – from identifying my target market, to smart pricing and discounting, effective advertising and determining market demand with samples," he says.

"My MBA opened the doors to so many opportunities in my life and made my dreams come true."

To find out more about studying at Melbourne Business School, visit our Degree Programs and Short Courses pages, or learn how we design Custom Solutions with organisations.