Students and staff team up for Corporate Games

Earlier this month, students and staff came together to represent Melbourne Business School at the Australian Corporate Games. 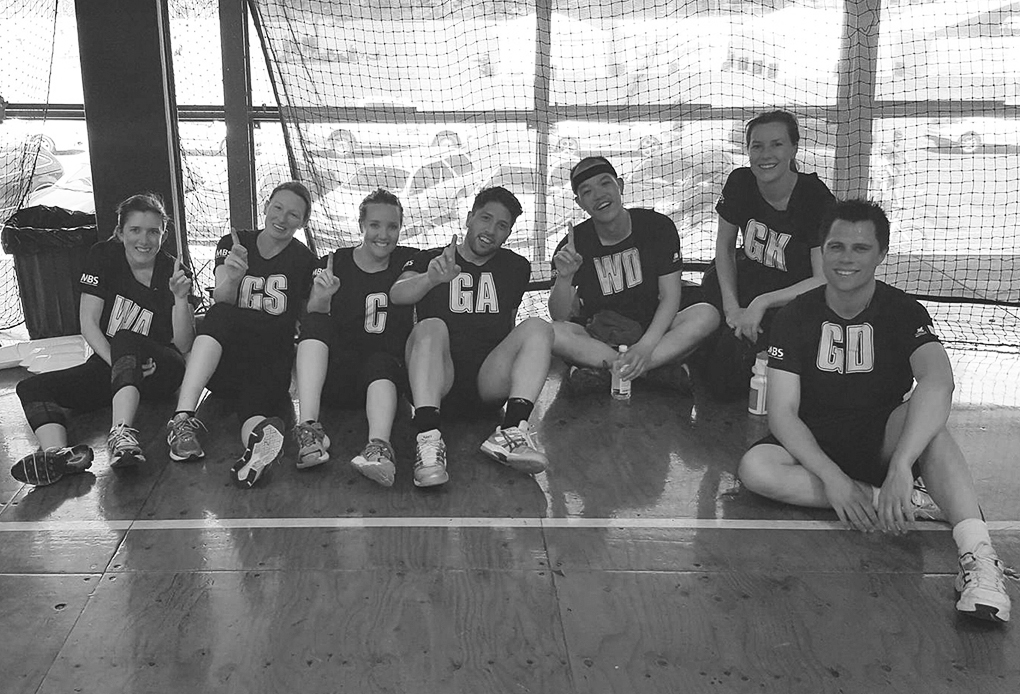 The biggest highlight of the competition was the valiant efforts of the mixed netball team who beat favourites Telstra against the odds. With no subs available, veteran netballer, Denise McNamara pushed through her pain, a result of an injury from the previous game, to help MBS secure the win.

“We knew going into the game that the Telstra team were the team to beat after easily dismissing Aecom ealier. They train and compete regularly together and none of us had played together” said Ricky Papara, Events Manager and state netball competitor.

While the team couldn’t compete in the finals due to injuries, the win against Telstra was enough according to the team.

“Our strategy was to play to our strengths and our team came out of the blocks firing taking an early four goal lead. Telstra were a very athletic, physical team but I was really proud that we absorbed the pressure and we were ecstatic not only to come away with the win, but also undefeated on the day.”

“My badminton partner David Wu and I competed in a heat with four teams where we played a round-robin with only the top team proceeding to the knock out stages.  We ended up second in our heat after easily accounting for ANZ and one other team but unfortunately losing to a strong NAB team which also plays at representative level for the University of Melbourne,” said Wei-Shen Mak.

“It was a fun day and a great opportunity to represent Melbourne Business School together with staff in other sports and compete with some heavy weight corporate organisations."

Kristy Dale, Master of Marketing student said the trivia competition was certainly tough but fun at the same time.

“It was a fun experience to compete and combine our general knowledge, with our team of five made up of Melbourne Business School staff and part-time students. Of all the questions that were thrown our way the hardest was definitely ‘Name six countries that end in the letter L.’ We could only think of five!”, said Kristy.

Find out more about events at Melbourne Business School by visiting the events page. 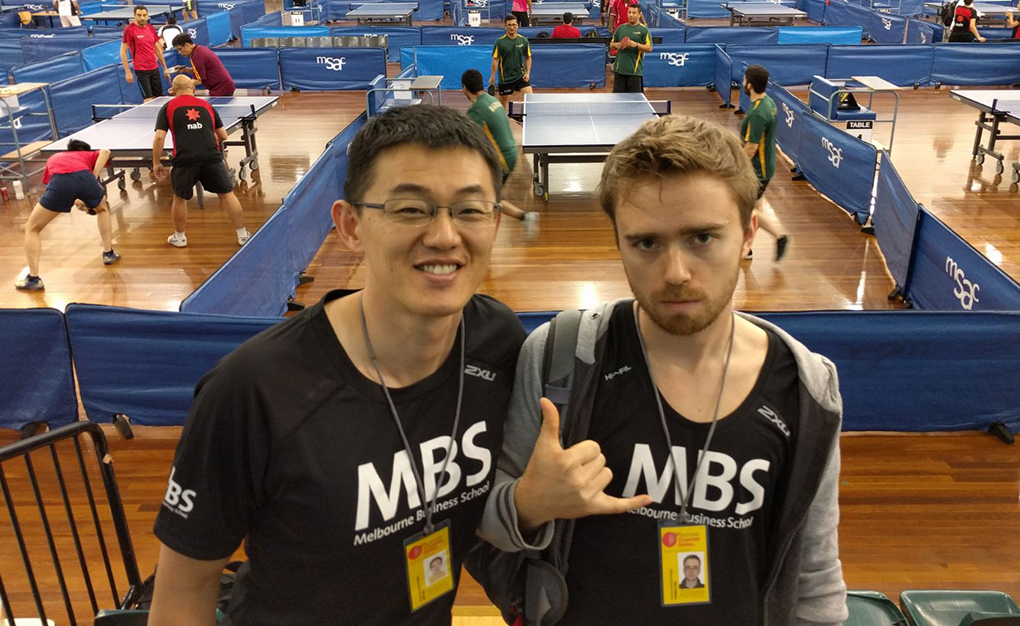 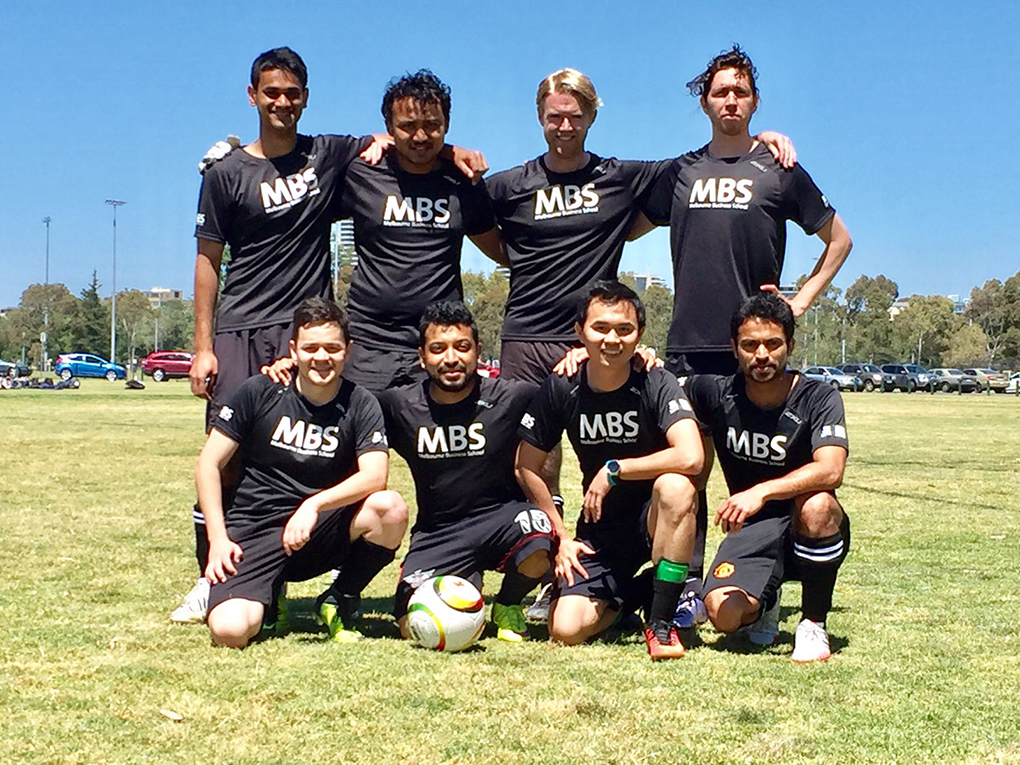 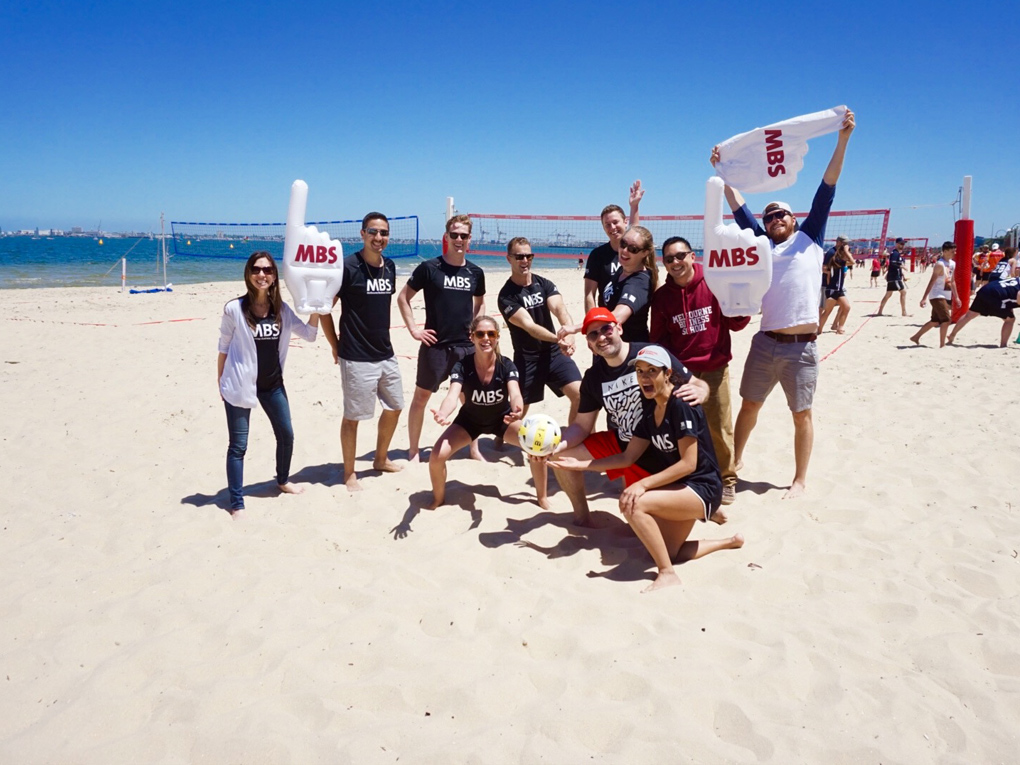 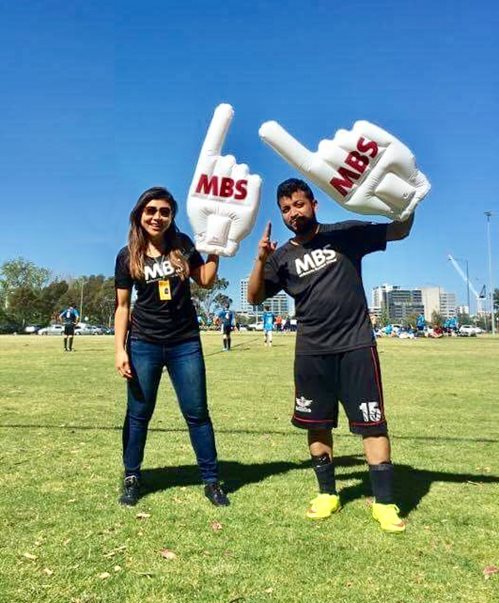 Pictured: Go team MBS, May Chai supporting the soccer team from the sidelines. 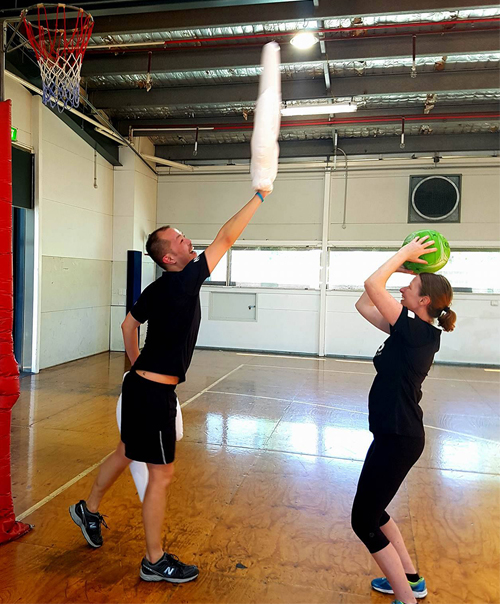 Pictued: Pulling out all the stops before our star shooter Denise falls to injury. 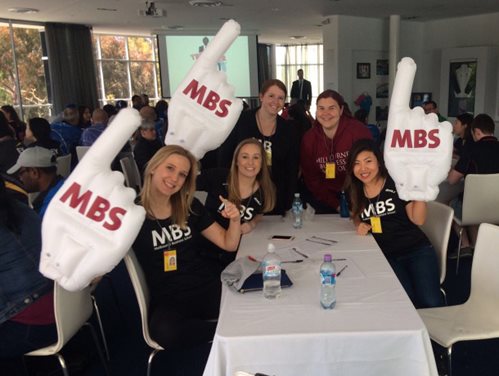 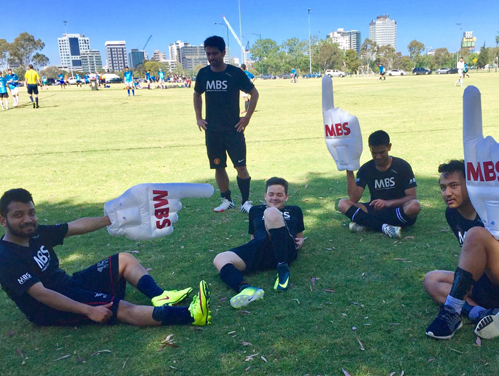 Pictured: Soccer team after the game.