Five Melbourne Business School alumni have been recognised in the 2018 Australia Day honours, issued each year to recognise excellence, achievement and contributions to society. 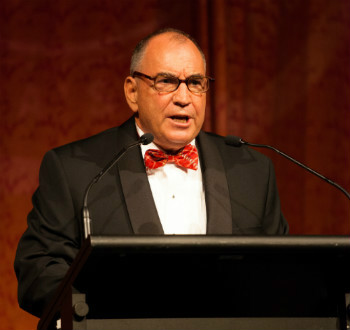 Maurice Crotti was recognised for his service to the food manufacturing and export industry alongside his involvement in economic development programs in South Australia.

Mr Crotti has held various senior management and directorship positions at his family business, the San Remo pasta company, since the late 1970s.

Mr Crotti has also supported the state's arts industry, sitting on several boards including the State Opera of SA, State Theatre Company of SA and being an ongoing supporter of the National Gallery of Australia.

Mr Crotti completed an MBA in 1974 and received a Distinguished Alumni Award in 2015.

Jon Hickman was recognised for his significant contribution to the community in the areas of education, heritage preservation, infrastructure and financial planning and administration.

Mr Hickman spent many years heavily involved in the public administration sector, including as the National Director of the Australian Crime Commission and CEO of the City of Port Phillip. He completed an MBA in 1982.

In 2003, Mr Hickman moved into the education sector as the COO of Wesley College, and then Deputy Vice-Chancellor of Victoria University. He also held senior roles with the Zoological Parks and Gardens Board of Victoria, and the Victorian Coastal Council.

Judith Slocombe was honoured for her contribution to child protective services and veterinary science as a practicing veterinarian, innovator and peer mentor.

Dr Slocombe held the position of CEO at the Alannah and Madeline Foundation for more than a decade, working to protect children from the impact of bullying, and to increase cyber-safety practices.

Dr Slocombe also worked to re-define veterinary pathology in Australia, and grew her small business into what is now the largest veterinary diagnostic group in Australasia. She completed an MBA in 2002.

Andrew Myer was honoured for his contribution to cultural development, environmental conservation and the Australian film industry, as the Executive Director of several notable films including Paper Planes, Romulus, My Father and Balibo.

Mr Myer has served on the board of the both the Melbourne International Film Festival and the Australian Film and Television School, where he established the AV Myer Indigenous Award in 2001.

Mr Myer also sits on the board of the Sidney Myer Fund and Bush Heritage Australia, and was the Founding Director and Trustee of the Andyinc Foundation, providing strategic investments across disadvantaged communities with an interest in promoting innovation, culture and the arts. He completed a Senior Executive MBA in 2003.

Neville Carter was recognised for his ongoing, significant service to legal education as a practitioner, executive positions and to professional standards in Australia.

Since founding his own legal practice in the 1980s, Mr Carter has worked across many aspects of the legal profession, including holding the position of CEO and Principal at The College of Law, and being involved as a Solicitor and Associate Member of the Supreme Court of NSW.

Mr Carter is a current member of the Australasian Professional Legal Education Council. He completed a Senior Executive MBA at Melbourne Business School in 2007.

The School congratulates all recipients for their outstanding contribution to Australian life, culture and society.