Parking, taxi collection and drop-offs will be unavailable outside the entrance to Melbourne Business School on Leicester Street until 2019. 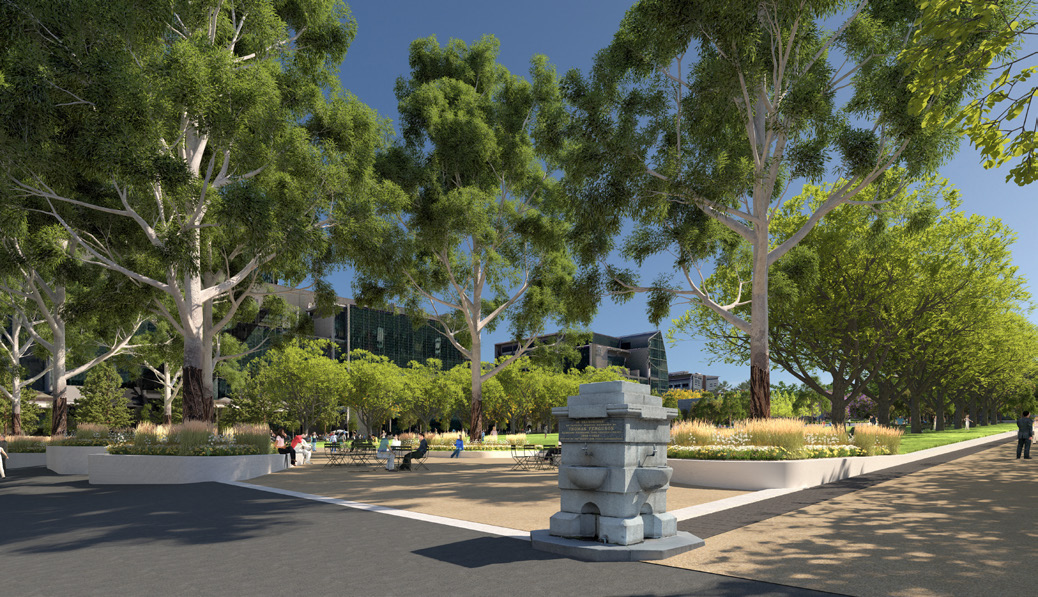 The closure is due to City of Melbourne work to redevelop University Square. Parking will only be blocked temporarily, but the number of spaces will be reduced permanently.

The new University Square will be bigger and eco-friendly, including expanded park space with a plaza and more pathways, solar-powered lighting, more trees and irrigation from recycled water.

As part of the changes, traffic on Leicester Street will become one-way in the direction from Pelham Street towards Grattan Street, and the width of the street will be reduced from 30 metres to five.

Revitalising University Square is in part to accommodate the new Metro Tunnel and also to restore the declining landscape. Many of the old English Elms were deteriorating beyond their ability to heal, which was affecting local fauna and the soil.

While the City of Melbourne did use several arboriculture practices to save these trees, the damage caused by the Millennium Drought and poor pruning early in their life ran too deep for anything to help.

Possums and birds were relocated before the tree removals and empty hollows were sealed to ensure no other birds could nest during the removal process.

Over 100 new trees will be planted in the first stage of the redevelopment, including Autumn Gold elms, Camphor laurel and Sydney Blue gums. Large sections of the removed elms will be used to construct new seating in the park.