Ten years after the MURRA Indigenous Business Program was founded with its mission to help Indigenous entrepreneurs and professionals break new ground in business, key figures from the program came together to imagine what the next decade could hold.

This theme was top of mind among MURRA program founders, alumni, sponsors and Indigenous business sector representatives as they gathered for a reunion in Melbourne on 10 August to celebrate the program’s 10th anniversary.

Speaking to the collective power of the MURRA alumni at the gala dinner, co-founder Professor Ian Williamson said, "The next 10 years is exciting because there's so much more than can be accomplished due to the people in this room."

Prof Williamson, who is now Dean of the Paul Merage School of Business at the University of California, Irvine, said he looks forward to hearing how MURRA has “transformed the way Australian business uplifts community” and is perceived globally. He said he is hopeful that MURRA can "set an example of how research can guide decision-making in business".

Alongside him during the dinner speech was MURRA co-founder and Koori woman Associate Professor Michelle Evans, who is also Director of the Dilin Duwa Centre for Indigenous Business Leadership.

"People will never think about business as usual again without thinking about the way in which [MURRA alumni] do business," said Assoc Prof Evans. "We will build the discourse and research with you for our communities to become an economically powerful, Indigenous Australia." 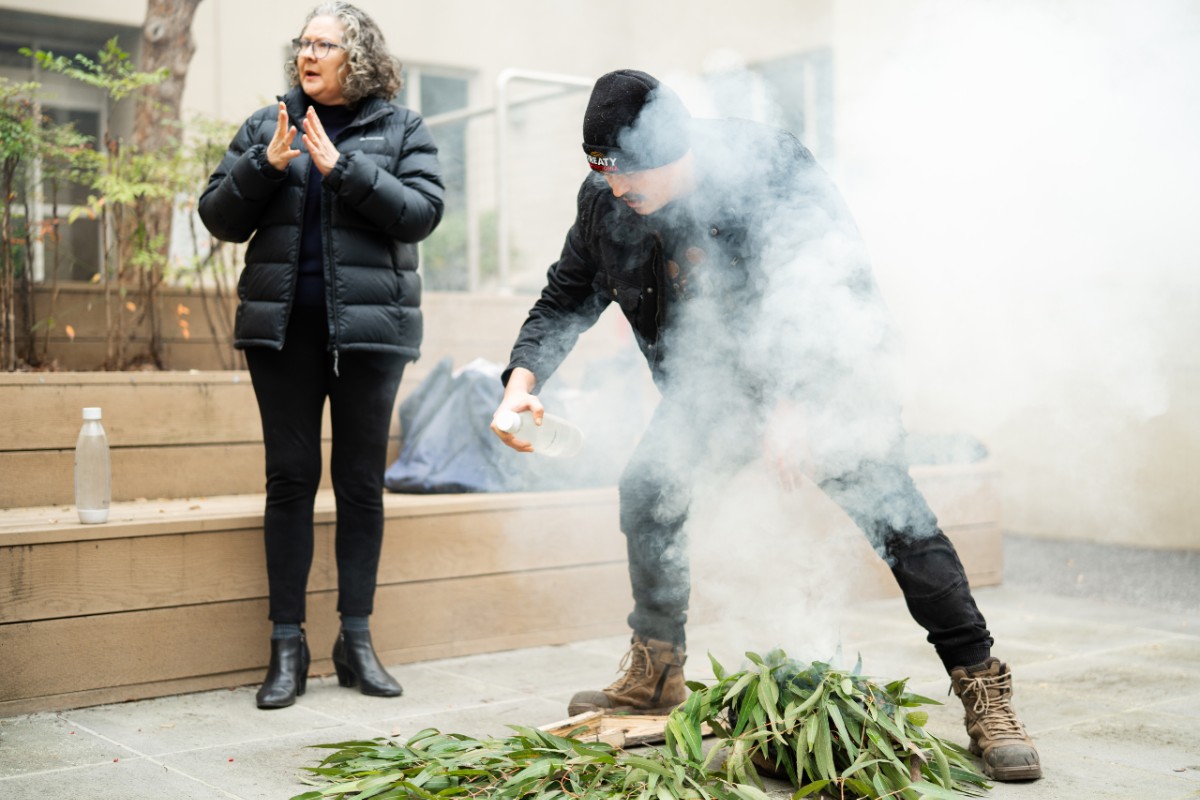 The 10th-anniversary reunion began with a Smoking Ceremony and full-day session at the Melbourne Business School campus in Carlton, where around 60 participants held panel discussions about lessons and achievements from the past decade.

During a workshop to discuss the program's future, breakout groups discussed and debated ideas about what the next decade could look like for the MURRA program and its participants.

These include promoting sustainable businesses, setting up think tanks, and advancing Indigenous interests in the highest levels of business and government. 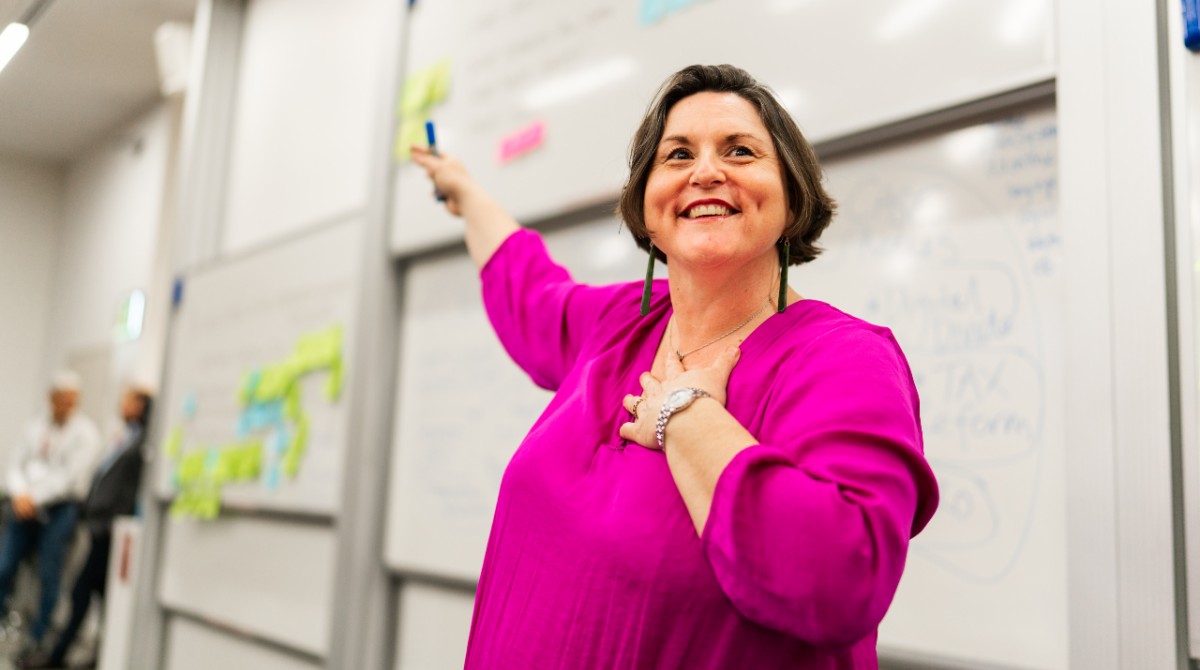 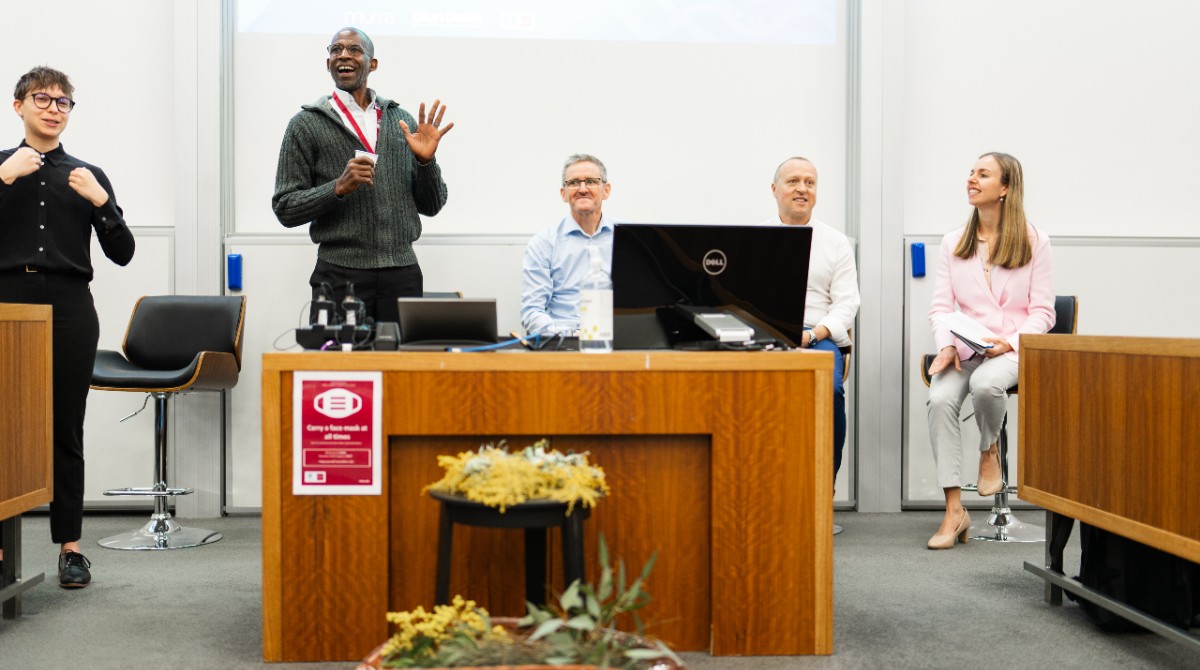 The daytime session was followed by a gala dinner attended by more than 150 people, 80 of whom were MURRA alumni, at the Melbourne Museum. 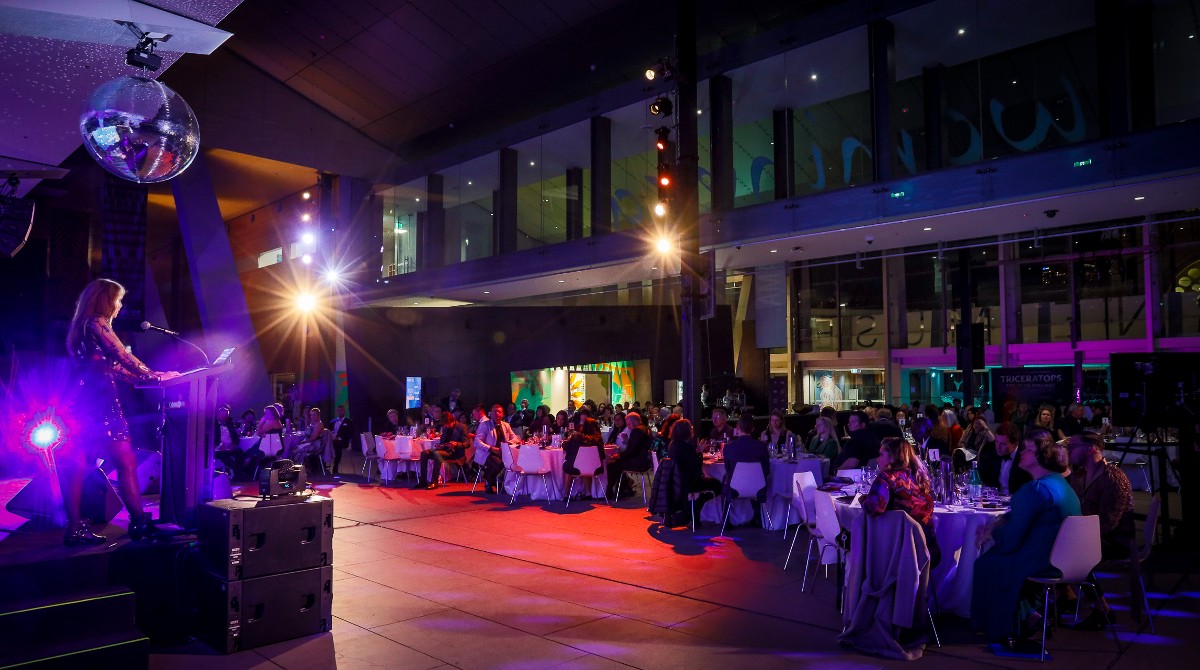 Dr Jarrett, who is from the Gumbaynggirr and Gooreng Gooreng nations in New South Wales and Queensland, respectively, was the first Indigenous man to complete his PhD at the University of Technology Sydney Business School in 2019. He was also a 2015 Fulbright Indigenous Postgraduate Scholar.

Friends went up on stage to give reflections about his life and achievements, with Aboriginal musician, Wakka Wakka man and MURRA alumni David Williams (pictured) playing the didgeridoo in the late Dr Jarrett's honour. 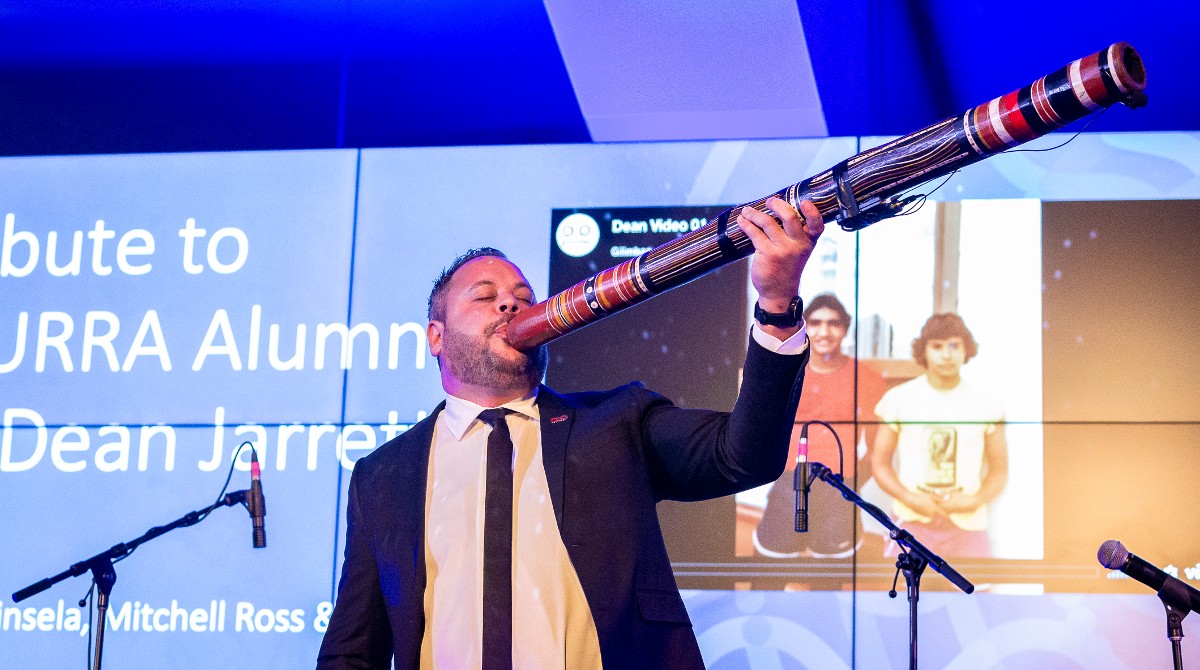 The MURRA program, named after the word for “fish net” in the Woi Wurrung language of the Wurundjeri people of Melbourne, is a 12-day master class designed to help members of Australia’s Indigenous community deepen their business skills and create new economic opportunities.

It was developed in 2012 in consultation with Kinaway, the Victorian Aboriginal Chamber of Commerce. Seed funding provided by the Senior Executive MBA Class of 2003 was used to start the program.

“MURRA first started with the simple idea of using a world-class business education as a tool to enhance the economic, social and cultural well-being of the Indigenous community,” said Prof Williamson.

“The idea was sparked by my prior experiences working to achieve the same outcomes in African American communities in the USA. However, MURRA quickly evolved beyond those initial thoughts in a way I could never have imagined.”

Since its inception, MURRA has won two awards for excellence in education, graduated 205 participants from across Australia, led to the creation of programs for early career entrepreneurs and native title holders, and the development of a program of research and teaching in Indigenous business.

Around 1 in 3 MURRA alumni-owned businesses go into growth within 2 years of graduation, with on-flow employment benefits to the community. About 1 in 10 graduates continue into post-graduate education.

What MURRA means to graduates 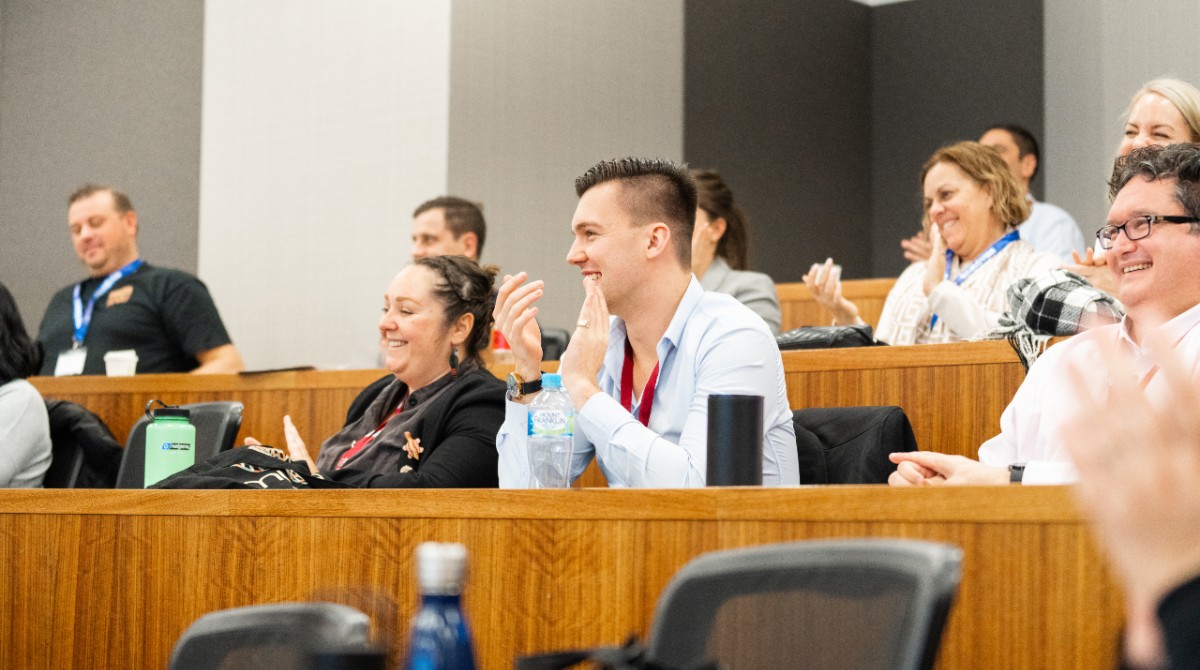 During the sidelines of the event, MURRA graduates also shared the impact MURRA has made on their careers and personal lives.

For 2nd-generation MURRA alumni, entrepreneur and Torres Strait Islander Jasmin Herro, MURRA gave her confidence to validate her thinking and ideas despite not having a degree or any formal qualification. It also introduced her to a group of like-minded people she can rely on.

“Joining MURRA gave me the confidence to ask the right questions and think about things differently,” said Ms Herro. “There is a confidence that you’re not alone. There are all these alums who understand your business and your culture that are prepared to step up and help.”

For Muru Office Supplies founder and 5th-generation graduate Mitchell Ross, a Bidjigal man from southeast Sydney, MURRA had an impact on the way he developed his business’ purpose, vision and strategy. It also gave him the boost he needed to pursue higher education.

“It has really helped me get a better understanding of how I can create value for my customers. On a more personal level, I’ve since completed an MBA, which has made me a lifelong learner.”

“I needed to learn quick and be around people that could teach me the skills that I need,” said the Gamilaroi and Weilwun woman. “MURRA gave me the skillset I needed to go from start-up to scale-up. It doesn’t matter what level of business you’re at. You will get the skills to be able to take the next steps in business.”