If Curvecrete existed when the Sydney Opera House was being built 60 years ago, it could have saved a lot of time, money and waste. 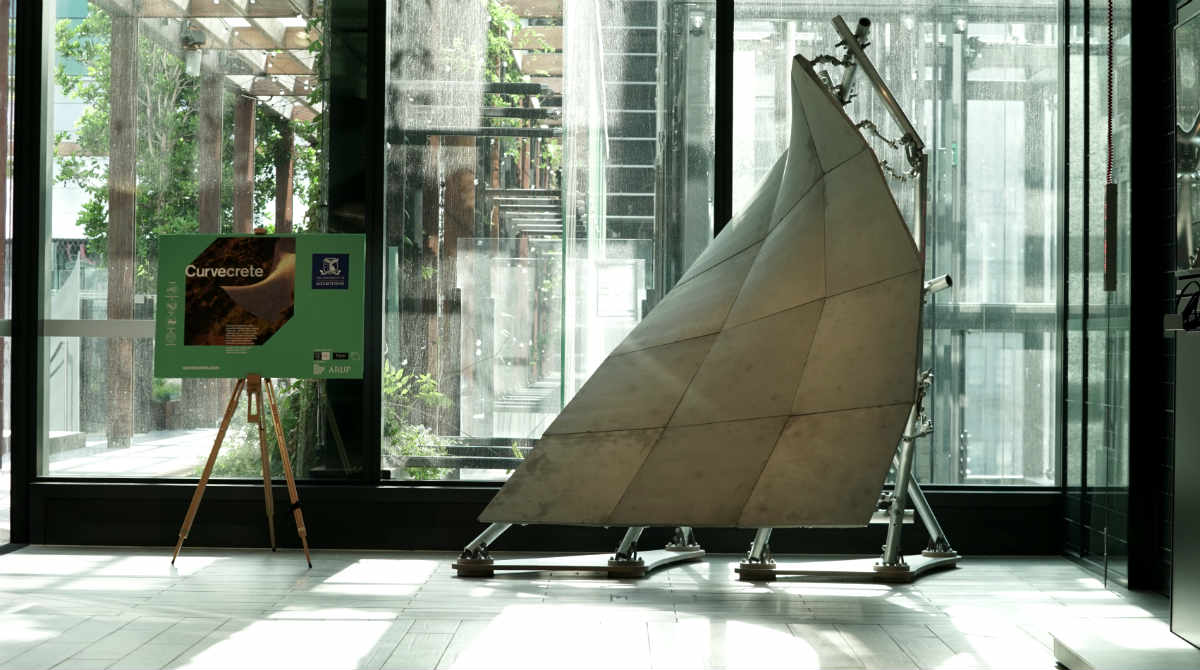 Two Melbourne Business School students are helping the University of Melbourne startup market its robotic formwork technology that makes creating elaborate concrete structures easier and greener – and it's been the highlight of their Full-time MBA studies.

"It's new technology, unlike anything else, and I think the potential is amazing," says Aakriti Gupta, who's helping Curvecrete secure a government grant for high-potential startups and other funding.

"It's the best experience I've had so far, because it's given me a chance to do everything."

MBA colleague Tanay Bedse is supporting Aakriti and leading the team's efforts to identify new markets for the innovative technology, developed by researchers from the University's Faculty of Architecture, Building and Planning.

"Sizing the market opportunity has been a challenging task because there are numerous applications for this new technology," Tanay says.

"The goal has been to identify markets with the highest chance of success. They have already done a lot of work identifying their beachhead market, where they can start off small and expand into other markets as the technology is adopted."

Having participated in the University's research impact accelerator TRAM – which stands for Translating Research at Melbourne – Curvecrete’s Warren Rudd says Aakriti and Tanay are helping the company he founded with architectural engineer Daniel Prohasky execute their plans.

"We've really valued their commercial intellect. They've been helping us work through fundraising options, including grant applications and stress-testing some of our strategic plans. We're very excited to have Tanay's construction experience to help us further develop our sales funnel and identify other people we should be talking to."

Aakriti, an electrical engineer who worked in software and project management at JPMorgan Chase in the US before coming to Melbourne Business School, is using all her MBA skills to help Curvecrete grow faster.

"I'm using my knowledge of marketing, strategy and finance all in the one place, which you can only do with startups because you're looking at the whole picture," she says.

Warren, a graduate of the University's Master of Entrepreneurship, says Aakriti and Tanay have helped Curvecrete focus on their next steps.

"We're already talking to one of the largest property developers in Australia about an exciting project, so we know there's a market, and we're now focusing on scaling up our facilities so we can deliver on multiple commercial projects." 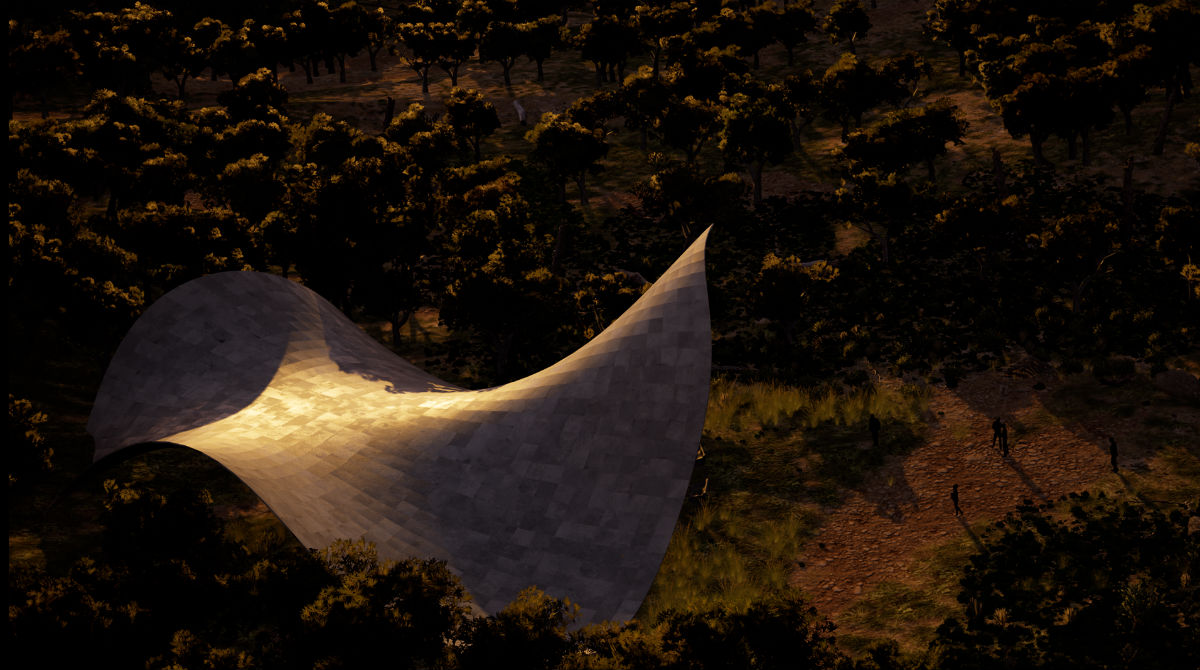 If Curvecrete reaches its potential, the world could eventually see more iconic buildings like the Sydney Opera House – a project that began in 1959 and saw costs surge from an original estimate of $7 million to $102 million, partly because working out how to build its curved-concrete shapes proved so difficult.

"This technology could have been used on that project, and the inventors and Curvecrete built a showcase model in the Melbourne office of Arup (the global engineering consultancy who solved the Sydney Opera House challenge), which was great validation for us," Warren says, and his co-founder colleague Daniel agrees.

"Ove Arup is the giant on whose shoulders we stand. He helped solve many incredibly difficult problems to get the Opera House built, including how to make all the building curves uniform. But our invention allows for a variety of curved shapes in buildings that can still be built efficiently and cost-effectively."

Curvecrete's robotic mould can change shape and be used repeatedly to make double-curved concrete panels, eliminating the need for wood, polystyrene or steel moulds, which often end up in landfill after a single use.

"The traditional process is very wasteful and expensive," Warren says.

The technology behind Curvecrete was invented at the University’s Melbourne School of Design by Paul Loh, David Leggett and Daniel.

Tanay says he's impressed that it can produce environmentally friendly concrete made with fly ash, a plentiful industrial-waste product.

"The technology aims to minimise wastage in many ways and has considerable potential to reduce the environmental impact of new property developments."

TRAM Director Simon Wilkins says the opportunity for MBA students to help turn new research into successful business is only possible because of Melbourne Business School's connection to the University of Melbourne.

"COVID-19 has shown that research translation is often the only way to solve many of the significant challenges we face as a society. TRAM is all about supporting research-based startups, which you can only get at a high-impact, research-intensive university."

Since also becoming an adjunct associate professor at Melbourne Business School this year, Simon has been busy matching other MBA students to TRAM startups, including one whose moisture sensors can show the best time and place to sow crops, which could help feed the world's growing population.

"The nexus of what we're trying to achieve here is to connect people who are passionate about technology and commercialisation to really impactful opportunities," he says.