Lessons from Silicon Valley Success is in the data

For Melbourne to lead in innovation and technology, it must invest in big data and the people who can harness it to create world-class products, says Hugh Williams, former eBay and Google executive and Distinguished Fellow at our School’s Centre for Business Analytics. 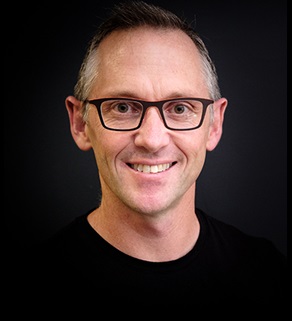 Williams should know, having spent most of the last decade working in Silicon Valley for companies such as eBay, Tinder, Pivotel, Google Maps and Microsoft and immersed himself in the Valley’s culture of innovation, ambition and rapid growth.

“One of the fundamental things that exists in Silicon Valley is the appetite for deep growth investment,” he says, noting that investors pour incredible amounts of money into ventures which may or may not be sustainable long term. But when they succeed, you end up with Amazons and Teslas.

One of the most influential factors for success in the Valley, according to Williams, is an unmatched ambition to be the biggest and best at whatever a person or company sets out to do.

“People just go incredibly hard after a very ambitious goal – the culture is about setting ridiculously hard, world-dominating goals at all times,” he says.

Melbourne needs to foster an environment in which young entrepreneurs are emboldened to run with their big ideas and investors willing to take big risks.

Every company is a data company

For Williams, data collection is critical to every company’s future because it’s key to research and development.
“Fundamentally, most modern businesses are data businesses,” he says. By collecting, analysing and utilising data, companies can create better, more customer-friendly products.

“Tesla has its own 4G connection, so it talks via the mobile network back to Tesla, and it’s sending huge amounts of data about a car back to headquarters, allowing them to understand how the car is used, enabling them to continually improve their vehicles.”

William’s believe data is gold for all companies and urges them to collect every piece of data from every interaction that they make and store it for analysis, regardless of cost.

“You have to believe that data is going to be your most important asset.”

You can listen Hugh William’s podcast, Lessons from Silicon Valley, on SoundCloud or iTunes.