Kate Bradstreet knows the power of storytelling, and as Executive Director of Communications at Ambulance Victoria, she's using it to help stop violence against paramedics. 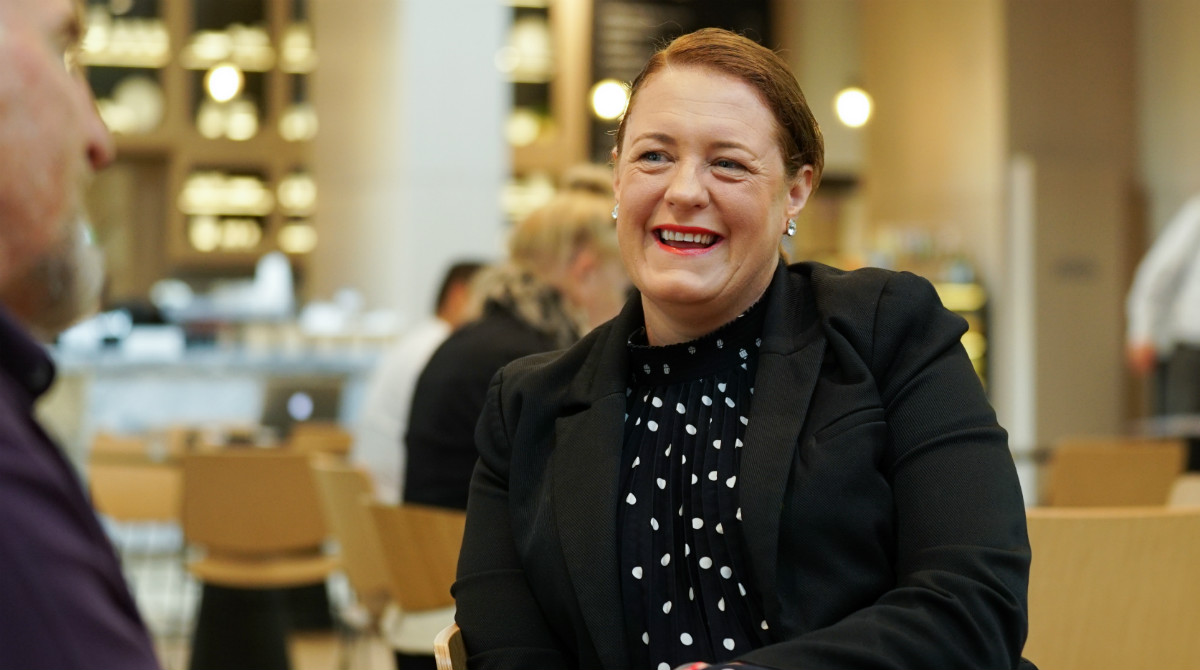 Throughout her career, Kate has used storytelling to influence national conversations on social issues to positively impact people’s lives. Now she's one of the first participants in Melbourne Business School's new Women in Leadership Program, designed to address gender inequity in senior leadership.

Kate hopes to learn strategies to lead more effectively, influence decision-makers and continue to change lives on the program.

"I've always been a big believer in the power of storytelling. The power of women telling stories about their struggles and their success lies in what it does for other women – and this program is all about empowering women," she says.

"I'm at a point in my career where I really want to focus on helping give women a voice, and through sharing their stories, empower change."

The inaugural Women in Leadership Program, being held at Melbourne Business School this week, has attracted participants from different sectors and countries as far afield as Vietnam, Bhutan and the UK. The greatest value for Kate is having all those leaders in the same room together.

"Women leaders face challenges that male leaders might not, and you start to see common themes in a safe environment like this," she says.

"That’s the power of this course and getting 28 women from around the world together to share their experiences and learn from each other. It's often hard for women to express a different point of view in male-dominated environments."

Kate has dedicated much of her career to sharing women’s stories to help influence public perception. This has included a focus on shifting views and attitudes about family violence. With former Victorian Police Commissioner, Ken Lay and Australian of the Year, Rosie Batty, Kate helped put male violence against women on the national agenda.

"I worked on the COAG (Council of Australian Governments) advisory group that was set up by the Prime Minister to look at family violence and recommend to Federal and state governments what could be done," she says.

"I worked hard to get that conversation going, because it was a taboo subject that no one wanted to talk about. It wasn't in the newspapers and it was treated as a behind-closed-doors problem. It was through storytelling and sharing women’s experiences that the country stood up, listened and started to take notice."

Thanks to achievements like that, Kate received a scholarship to take part in the Women in Leadership Program from Melbourne Business School through Chief Executive Women.

Kate began her career as a journalist when, aged just 23, she became editor of the Bay Post in Batemans Bay on the south coast of New South Wales. It was here she found her thirst for the impact sharing stories could have.

Kate knew the impact of storytelling when she worked on the Royal Commission into the Prevention and Detention of Children in the Northern Territory. Sparked by Four Corners, Kate fought behind the scenes to ensure the voice of young Indigenous children could be heard.

"When I visited the Don Dale Detention Centre and saw children as young as 7-years-old incarcerated, I was stunned. I knew I had to help find a way to give them a voice and share their stories to raise awareness and understanding in Australia and fight for change."

At Ambulance Victoria, Kate is continuing to use her skills to change the community's attitude towards paramedics and other healthcare workers with a new TV series that takes people behind the scenes to show the everyday experiences paramedics face.

"We ran a survey before the series aired, showing that some Victorians thought that it was OK to bash a paramedic," she says.

"After a recent episode that showed the abuse against a couple of our paramedics, viewers were outraged. We're using the series to help educate and show people the impact that abuse has on the people who are there to help them in their hour of need."