​From AFL footballer to MBS graduate to ANZ banker in New York, Nicholas Stone had it all, except for a good coffee. 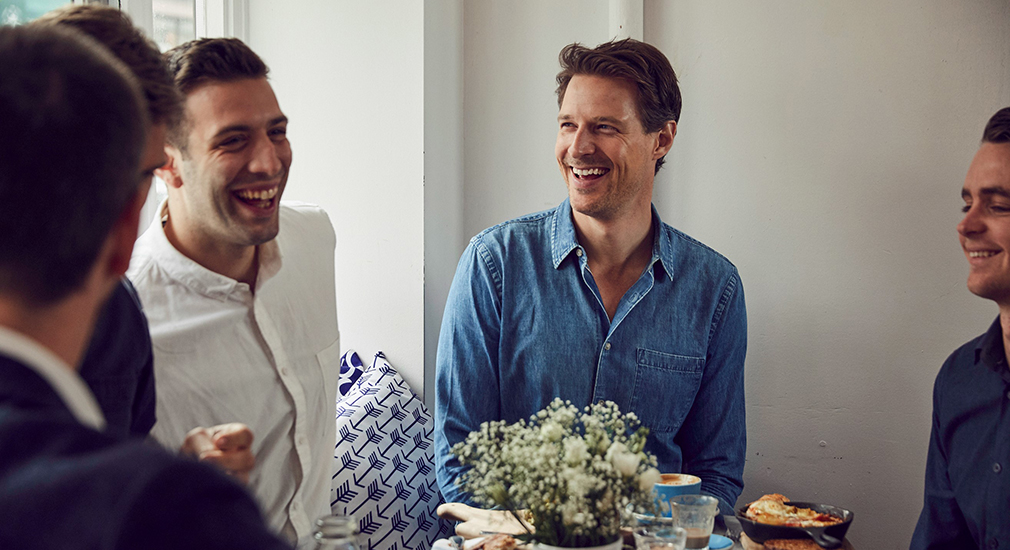 When he couldn't find a decent caffeine hit anywhere in the Big Apple, Nicholas started Bluestone Lane, a coffee chain that is turning Americans into Melburnians, one latte at a time.

In 2011, at age 29, Nicholas was one of ANZ’s youngest Directors when he became the New York-based Head of Americas, Client Solutions and Insights. But as a Melbourne café devotee, the bean counter saw the chance to become a bean seller and transform American culture.

“I couldn’t believe the coffee experience was so different and transactional here. There was nothing consistently special or exciting about it. In Melbourne, I only had one coffee a day but went twice a day for the ritual. I'd walk in and they'd know my face and name. It was an escape I needed.”

After opening its first coffee shop in Midtown New York in 2013, Bluestone Lane now turns over $20 million a year, employs 280 people and has 23 outlets in six major cities that also include Philadelphia, New Jersey, San Francisco, Los Angeles and Washington DC – with more planned for 2018. 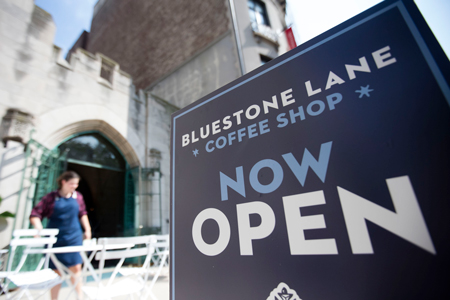 “We really ramped up our openings in 2016 and this year, which got us to over twenty stores. Next year, we'll finish at between 35 and 40 locations in just five years. It's pretty exciting.”

While the growth is impressive, Nicholas is a cautious man, as you would expect a banker to be. Despite opening his first in 2013, he only recently resigned from ANZ.

“I just concluded my 11-year career at ANZ, although I was granted a leave of absence in June 2016. It's been a long, hard, but wonderful journey to finally make the break. Now, I'm now fully focused on Bluestone.”

Like a general, Nicholas planned his US campaign carefully, never getting too far ahead of himself and only moving forward when sure the beachhead he had established was secure.

“It was about store four in New York, which we launched in December 2016, when I realised that we were generating very strong customer loyalty. People were talking about us offering a distinct and memorable experience, saying they were becoming addicted and needed to visit Bluestone each day. I thought, ‘Wow, we’re having an impact in New York City, the biggest brand of them all.’”

Nicholas is very strategic in deploying his resources – first establishing a hub café, offering a full food menu, and then three or four nearby stores, or spokes, as he calls them, offering a simpler menu, to spread and reinforce the neighbourhood brand presence and buzz.

Nicholas credits the origins of his idea for a US chain of Melbourne-style cafés to a Melbourne Business School marketing class when he was studying part-time in 2010.

“The best lecture I've ever had was in one of the marketing subjects I did at MBS, and studying a Harvard case study of Nespresso there. That study has never, ever left me. It showed how they honed and communicated their value proposition – a premium experience, delivered via a coffee gallery retail channel.”

Always in a hurry, Nicholas’s desire to go on exchange and follow his then-girlfriend and now-wife Alexandra to New York, when she joined the Ford Modeling Agency, meant he left MBS with a Postgraduate Diploma on Management and not his MBA. But that was enough for him to know the value of putting brand and customers front and centre in any business. 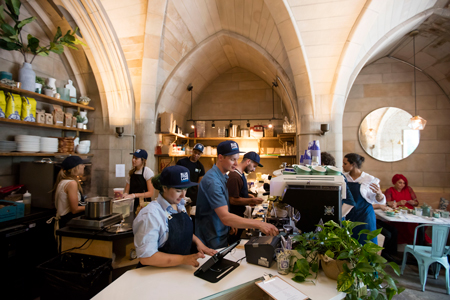 “We put in place some corporate business segments from day one at Bluestone because we wanted to build a brand. We weren't about one or two stores but building a brand that would develop our team and provided career opportunities. And we stood for uniform quality and experience, where, no matter which Bluestone you go to, it's the same premium experience.”

Nicholas’s experience as a coffee drinker, banker and team player at the Collingwood, Hawthorn and then St Kilda AFL clubs have also supported his success.

“I had zero hospitality experience, never worked a day in hospitality. I'm the biggest novice you've ever seen. But I had a lot of pragmatic, business skills and the lens of a customer. I also had significant experience in advising companies on how to grow and manage risk and improve.

“I brought all that knowledge and a great team together, coached the team and got the proposition and brand right – and where I had deficiencies, I brought in other people to help.”

Nicholas says none of his talents are exceptional, except, perhaps, for persistence.

“I was never particularly blessed with anything other than a great family and educational opportunities. I was never the best footballer – good, but never the best. I played for three clubs in six years, so you could definitely call me a journey man.

“But I’ve always been very analytical, passionate, hard-working and willing to do an incredible amount of research. That’s what paved the way for developing the Bluestone Lane brand.”

To read more about what Melbourne Business School offers and our Part-Time MBA and Marketing courses, please visit the Degree Programs page.