Studying at Melbourne Business School convinced the non-profit executive she could transition into a leadership role in an unfamiliar environment. 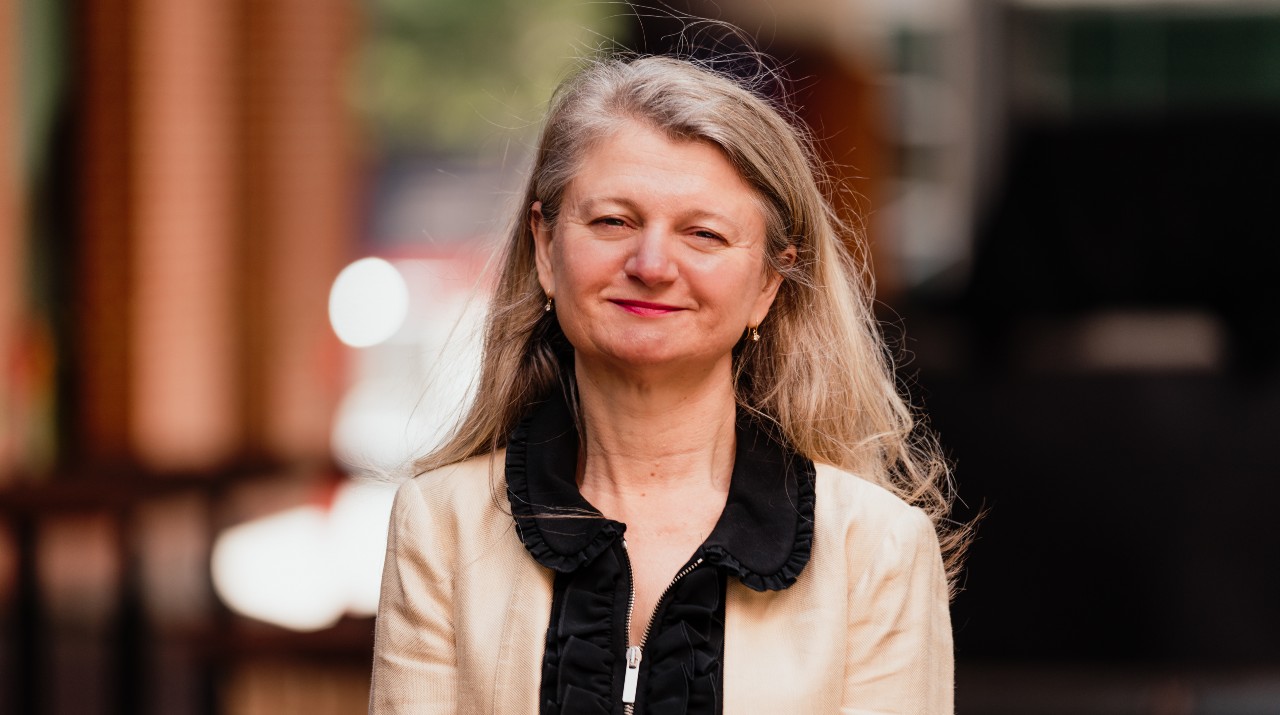 The Senior Executive MBA program at Melbourne Business School convinced Kylee Bates she could transition into a leadership role in an unfamiliar environment.

“It gave me confidence that you don't need to be a subject-matter expert to lead a group of people well. You do have to be open to learning though,” she says.

Kylee is the Group General Manager, Support Services, a new role at the Country Fire Authority (CFA), a volunteer firefighting service and statutory authority of the state of Victoria. The role puts her in charge of leading the people and culture, safety and infrastructure services for more than 1,200 volunteer fire brigades, who play a pivotal role in responding to bushfires, floods and related emergencies.

She joined the organisation in 2022 and credits the Senior Executive MBA program for giving her the courage to make a career change from the non-profit sector.

"One of the key takeaways of the program for me was the recurring lens of leadership," she says. "When I'm leading, it doesn't matter whether it's in a business or non-profit context or a statutory authority. Commitment to creating a positive culture and sound governance principles still apply – probably more so, because of public accountability.

"So, all of those principles in the program help you build a rigour and discipline in your metrics and use of data."

From public service to philanthropy

Most recently, she was the Chief Executive of Ardoch, an education charity that supports children and young people in disadvantaged communities. During this time, she was also World President and Board Chair of the International Association for Volunteer Effort, which allowed her to promote and identify opportunities for volunteering globally.

She also held leadership positions in other charities, such as Mission Australia, Brotherhood of St Laurence and Volunteering Australia.

When it comes to volunteering, Kylee means business.

But it was in the public service in the International Year of Volunteers in 2001, in what is today the Australian Government’s Department of Social Services, where she first found her footing in the for-purpose sector.

“I actually started my career in the Commonwealth Government. The opportunity to work in the not-for-profit or for-purpose sector was the result of a secondment opportunity to go and work in Volunteering Australia,” she says, referring to the national peak body for volunteerism. “And I took that as an opportunity to explore something different and ended up staying.”

With an undergraduate degree in economics and a master’s in public law, Kylee enjoyed advising government on social issues, working with businesses who were assessing their own corporate social responsibilities and, of course, working with volunteers.

"The intersection of the sectors was something that really appealed to me. Whether it's government, not for profit, philanthropy or fundraising, you're drawing people together to affect change."

Paying it forward with an MBA

With such an extensive background in philanthropy and public service, what drew Kylee to consider pursuing a Senior Executive MBA degree?

“Though I would engage with businesses, I never worked in a corporate environment. I felt it was important to understand some frameworks and theories that are used day-to-day and learn them in a formal, structured environment.”

A key consideration for her was the quality of the cohort.

“The diversity of people in the room was fantastic. All of us have probably done a lot of professional networking, but I can't think of another environment where you're so immersed with a group of people whose personal experiences and career trajectories are vastly different to your own,” she says.

“All of my cohort are leaders and heads of their own functions. They’re used to being the boss, but it felt like being among peers who really wanted to learn from one another. Everything was about having a positive, shared experience.”

Another key consideration were the overseas modules, which she described as “impressive” and a big pull factor. The Senior Executive MBA program consists of 10 nine-day residential modules, three of which are conducted outside Australia.

Kylee ended up having to take two of the last three overseas modules online as they coincided with the start of the COVID-19 pandemic. However, they were still able to continue in hybrid fashion, with some members meeting in person and others connecting via video call.

Even with that unexpected challenge, Kylee says the experience was worth it and was especially valuable having come from the not-for-profit sector.

"Absolutely. It is hard work. The residential days are long, but inspiring. The faculty is committed to you learning," she says.

"The fact that you come from a non-business sector should be the very reason to do it. You learn a perspective about other organisations and the people within them, as well as about yourself when exposed to a new and challenging environment. So, it is a great place to get that intersection and be exposed to people whose experience is quite diverse from your own."

"I don't think I'd have had the confidence to pursue the opportunity I have now had I not done the SEMBA Program."