After 20 years in the hotel business, Brad Burnett was – quite literally – on top of the world. 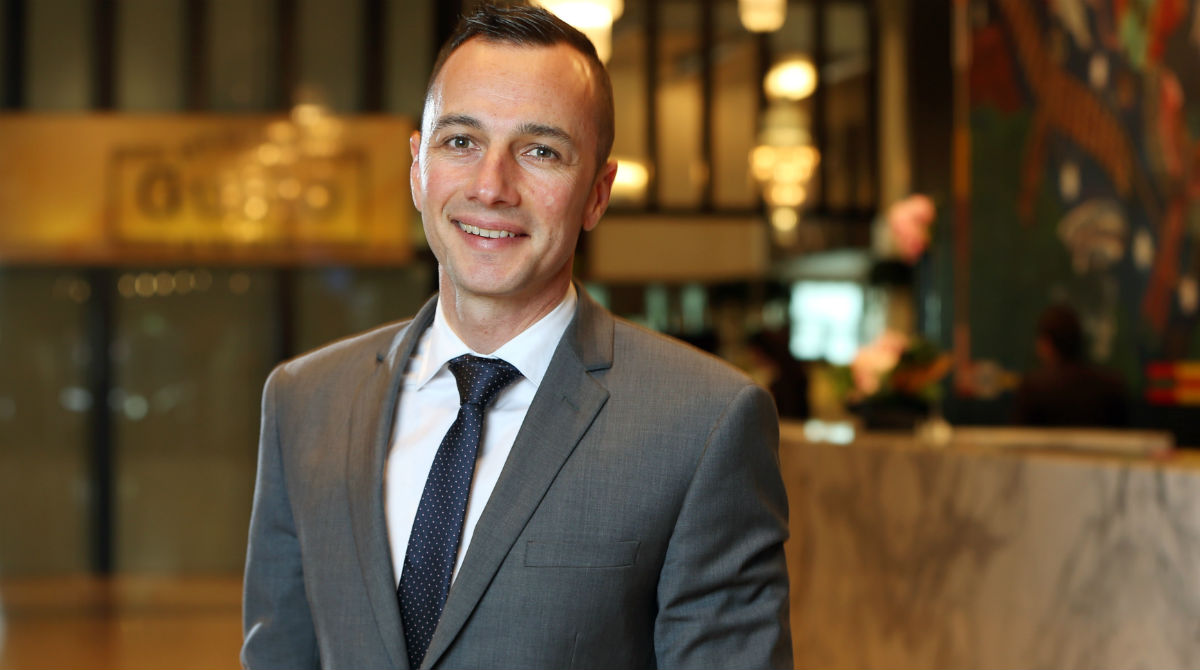 As a general manager at SKYCITY, the precinct around Auckland's iconic Sky Tower, Brad ran the hotel operations of a complex containing a casino, two large hotels, 28 restaurants and bars, a 700-seat theatre and car park with 3000 spaces.

Looking for even more of a challenge, Brad enrolled in the Advanced Management Program at Melbourne Business School. Used to leaning on his strengths, the biggest surprise Brad received from the program was learning about a weakness.

In a very specific exercise – which is kept secret to ensure it has maximum impact on new participants – Brad learned the value of trusting your team, rather than assuming you know best.

“It made me aware of my leadership style. That I wasn't always right and should let others lead the situation," he says.

"I'm pretty sure my team would all say that they've developed more in the last couple of years under my new approach than they did in the previous three to four years under me."

The Advanced Management Program is Melbourne Business School's most comprehensive short course, running for 13 days and often described as a "mini MBA". Brad enrolled in it to create his own career path within SKYCITY.

Impressed by Brad's ability to run the company's non-casino operations, the leadership team suggested he try his hand at the casino side too – but Brad wasn’t so sure.

“I told them hotels are my world, and I’d always aspired to be the GM of the Hotels division. But my COO was telling me, ‘You’re doing a great job, but what’s next? You have the potential to take on more scope and responsibility outside of Hotels, so how can we support you to make that happen?’

"I've had really positive feedback since the program. We have strategies to grow the hotel business, including another one we're now building in Auckland. The leadership team want me to lead those strategies and told me: 'Why couldn't that be 15 or 20 hotels?'"

Brad credits much of his success in growing the company's hotel operations to a valuable tool he gained on the course – value mapping, where organisations compare how customers value them against their competitors.

"You pretty quickly see where they're better than you or you've got an advantage, so you can focus on the gaps and opportunities."

"That wasn't a 12-month fix, but in the last six months, we've launched pre- and post-stay communications, saying you'll hear from us three days before you stay and asking what sort of pillows you prefer or if you want a better room for half price, and customers love it."

Looking back, Brad is grateful the program gave him the chance to prove and improve himself.

"No one's going to give you what you want on a platter. I've been a general manager for a few years but, when you get to that stage, you suddenly realise that taking that next step up is incredibly tough.

"But some of the responses I’ve received for things I've done since the program, I've never had before. It’s opened up a whole new world around my potential and opportunities ahead."

As for the secret section of the program that helped Brad discover his weakness, Executive Education Open Programs Manager Leeanne O’Connor says that it never fails to show participants how their leadership style affects others.

“It’s a beautifully simple exercise that strips personal interactions down to the basics. It allows people to see how others see them, which can be very transformative,” Leeanne says.

“We keep it secret to avoid people preparing ahead of time, because it’s most valuable when they behave naturally.”

To discover your strengths and weaknesses and become a better leader, find out more about our Advanced Management Program or view our full range of Executive Education courses.