Having grown up in a migrant family, Helen Kapalos – former journalist, filmmaker and now head of the Victorian Multicultural Commission – is fanatical about improvement. 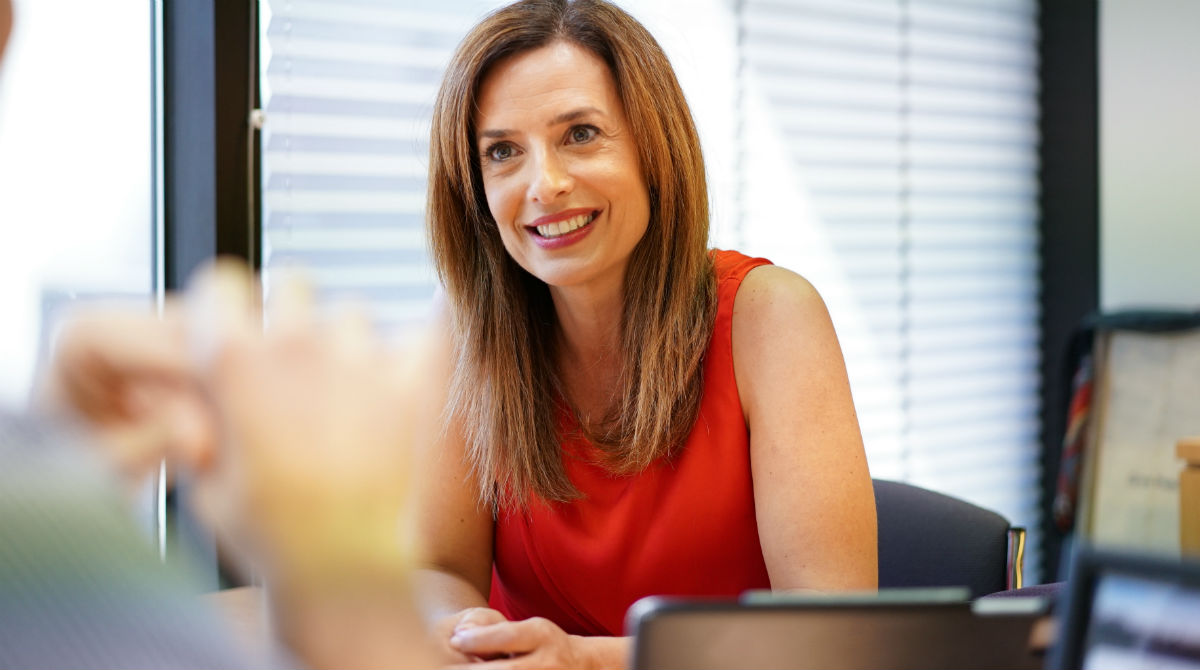 "As a child of migrant parents, you understand that everything they do is governed by improvement – putting their interests aside for their children to live the life they imagined is possible here," she says. "They sacrifice so much to improve the lives of future generations."

After 23 years as a journalist, including at the ABC, SBS, Channel 10 and Channel Seven, Helen resigned at the peak of her career to go into debt and make a documentary, A Life of Its Own: The Truth About Medical Marijuana.

Helen hoped the documentary would change the law and improve the lives of people like her mother, who died of cancer at the age of 56. It was made just before she took over as head of the VMC in 2015, and she’s barely had a moment’s rest since.

"I'm there 24/7 for communities," she says. "Even at midnight recently, I was responding to the Somali community about some concerns they had. Our Muslim and African communities are suffering the effects of identity politics and racism. Fear and the divisive discourse is making them feel unsafe."

The challenges Helen faced in heading a commission that gives voice to some of Victoria’s most vulnerable people led her to enrol in the General Management Program at Melbourne Business School last year.

"The main attraction was the leadership development and understanding the functions of leadership," she says.

"The program came at a critical junction for me – understanding how I could apply governance principles to a statutory authority that operates within a government structure. I learnt a lot about patience, fortitude and clarity from the program."

The VMC is an independent body encompassing a chairperson and 11 part-time commissioners, established by the state government in 1983 but restructured soon after Helen took over. The restructure moved staff of the Commission into the public sector, raising concerns about its autonomy.

"For me, as a leader in this organisation, I can set the tone for the board and Commission. But we're ensconced with a department. It’s very complicated position being independent and working alongside a department while keeping our own strategic priorities intact."

While already among the most culturally aware leaders in Victoria, Helen says the General Management Program improved her understanding of the importance of organisational culture.

"That really struck me because it underpinned a lot of what can occur in a setting like the VMC. The bigger picture can often be governed by factors not within our control, but as individuals and leaders, we have a responsibility to curate our own culture."

Helen says she now has a valuable support network of people she met through Melbourne Business School – which came in useful on a trip to the US, where she met Arianna Huffington at our Dean’s Leaders Forum in New York, spoke about multiculturalism in Silicon Valley and sold her documentary to Netflix.

"Honestly, that trip was life-changing. I started to see my place in the bigger world, not in an egoic way, but just understanding there is always a place for us when we have the right intentions and are undertaking important work – whatever that might be."

As the daughter of migrants, Helen is particularly proud of her newfound confidence to lead Victoria’s premier multicultural organisation.

"It’s really humbling to be able to live the next chapter of that migrant story and help others. My father used to say that everyone is equal, so, I've been proud to serve the community in a way that hasn’t created division and has provided access and had genuine exchanges with people."

To get the skills and confidence you need to face new challenges, find out more about our General Management Program or view our full range of Executive Education courses.