Gender equality is good for everyone

Despite decades of equal opportunity legislation Australia continues to have entrenched gender stereotypes according to a panel of industry, academic and government experts at the 2016 Women and Management Dinner chaired by Qantas Magazine’s Editor-in-Chief Kirsten Galliott.

Engrained gender stereotypes having an impact

These stereotypes often engrained in childhood and are having an impact in the workplace explains Professor Isabel Metz.

“People who come into our organisations come from society, so we need to start talking to boys and girls at an early age about how the opportunities are there for everybody and not pigeon hole our children through unconscious biases that have an impact in the workplace.” 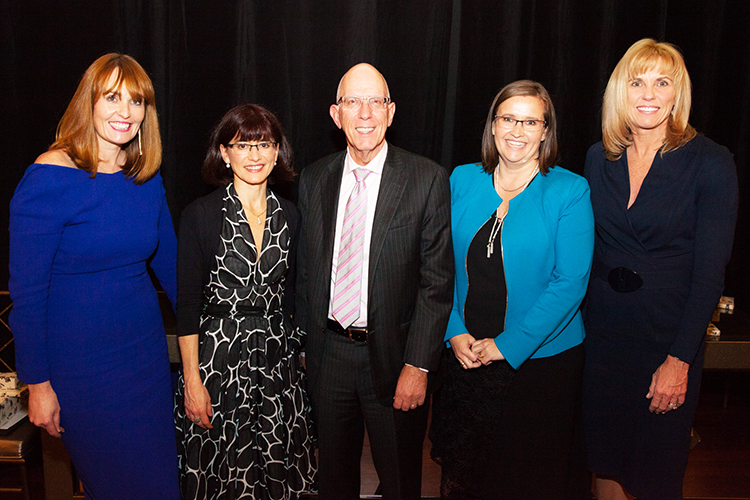 "For some reason Australia has clung on to these gender stereotypes quietly, secretly over the last 20 years when a lot of other things have been changing,"

Kate said one of her strategies in her new role was to find workplaces with a “big reach” like National Australia Bank, the AFL and Herald Sun and work towards driving change through their influence in communities.

Professor Metz’s research released exclusively at the Dinner confirmed a group approach, particularly through advocacy initiatives like the Male Champions of Change can help address the systemic and attitudinal attitudes within organisations hindering gender equality.

“Contrary to the usual change efforts that focus on women (e.g. development opportunities for women in traditionally male dominated jobs and professions) or are driven mostly by women (e.g., women’s professional networks), these coalitions are intended to leverage the role male leaders can play as change agents to advocate for and initiate workplace gender equity change,” said Professor Metz.

Lance Hockridge, CEO of Aurizon is a Champion of Change and driving gender equality in his organisation with bold conviction setting an aspirational goal for 30 per cent female representation by 2020.

The audience of more than 400 business leaders, alumni, students and professional men and women were eager to hear the challenges Lance faced at a quintessentially ‘blokey’ organisation.

“Internally the most common reaction was ‘you're nuts, it can't be done. What about merit?’” Lance said.
“What we've been about is a transformational journey and doing the right thing. How can we be a world leading organisation if we are ignoring 50 per cent of the population?

“We've got to shift attitudes. You've just got to run hard…at its heart this [gender inequality] is about belief systems.”

Working together to drive change

Deloitte CEO Cindy Hook, who is also who is the sole female advisor to the Male Champions of Change program said in order to solve complex problems in an organisation you need diversity of thought.

“I've been in Australia seven-and-a-half years and the conversation [around gender diversity] and the focus on this has escalated significantly from when I arrived,” Cindy said.

“If every one of us walked and said we are each going to call out behaviour that isn’t getting us where we need to be in terms of gender equality then that will raise a voice towards changing it.”