Firms linked to Trump have benefited since his election, research shows

US companies with ties to Donald Trump before his election campaign have enjoyed better performance and fewer penalties since he became president, new research has found. 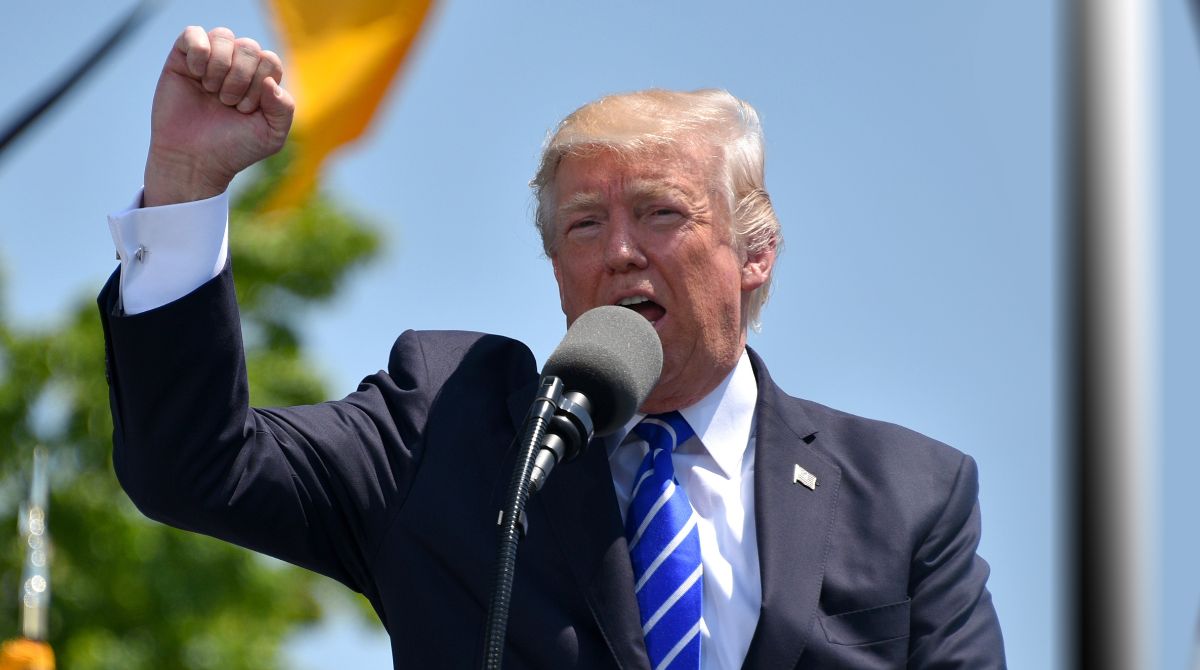 "The election of Trump has had a significant positive impact on the value and other economic benefits of S&P 500 firms which had pre-election ties to him," said Melbourne Business School Professor of Finance Nadia Massoud.

"We found that these benefits were not attributable to industry, political orientation, campaign financing or lobbying expenditures."

Professor Massoud worked with Dr Travers Barclay Child of CEIBS and Dr Mario Schabus and Yifan Zhou from the University of Melbourne to conduct the research, which analysed the performance of companies on the S&P 500 index between 2014 and 2019. The index includes 500 major US companies from across a range of industries.

The team found that in the period after Trump's election, companies with historical links to him enjoyed an initial boost in share price and then recorded greater sales and operating income of as much as $US1.1 billion and $US181 million, respectively, per quarter.

Those companies also won more government contracts and were less likely to be financially penalised by regulators such as the Securities and Exchange Commission.

Professor Massoud and her colleagues recorded their work in a research paper titled "Surprise Election for Trump Connections", which was recently accepted for publication by the Journal of Financial Economics.

Many academics had studied the benefits of political connections, Professor Massoud said, but this study was noteworthy because it focused on the impact of those connections on a group that didn't deliberately seek them out.

"The ties we focus on in our study are 'accidental' in political terms, in that the executives and companies formed connections with Trump before he was a presidential candidate," she said.

"They didn't connect with Trump for specific political reasons such as economic policy, but in the end their firms did better once he was elected.

"This contrasts with firms who actively seek connections with politicians who advocate specific economic policies that could benefit their business, through donations and lobbying."

Professor Massoud said because the links were not deliberate, there was less bias in the data and the study was able to more clearly show the impact of Trump's presidency on companies connected to him.

"Due to the research setting, our study is relatively better positioned than many in this field of research to identify the effect of business and social relationships of political leaders on financial markets," she said.

While many of Trump's business connections have been scrutinised in the media, Professor Massoud said the new study focused on overall data rather than specific people or companies.

"We observed that the average connected firm fared better after Trump's election, but we didn't focus on outcomes for individual firms," she said.

Professor Massoud said the researchers did not assume that the benefit to companies was due to favouritism and that it could possibly be explained by issues such as access to information.

"We don't know whether connected firms fared better because of personal favours by Trump, or due to reduced information asymmetry between policymakers and the private sector. Thus, we make no suggestion of cronyism or lack thereof," she said.

However Professor Massoud said people should take extra caution when considering voting for political outsiders who are running for office.

"Having a businessman as a leader is a completely different thing to electing a professional politician," she said.

"The question for the general public is whether it pays to vote for a businessman or not. If he is self-serving, then you need to be careful."

Nadia's research with Child, Schabus and Zhou, “Surprise Election for Trump Connections”, is forthcoming in the Journal of Financial Economics.