Fear of failure is holding Australian companies back says professor

Melbourne Business School Associate Professor Vivek Chaudhri will use his first address to the World Business Forum to explain why CEOs should change the way they think about success and risk. 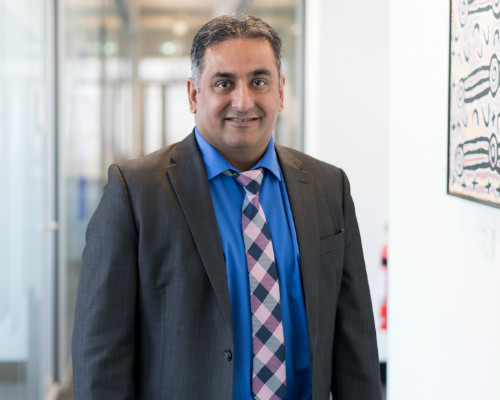 "But just about every publicly listed Australian company that I'm aware of has been too conservative and not done enough to see the challenges and opportunities emerging rapidly around them."

Prof Chaudhri will urge senior executives at an event in May – the largest gathering of its type in Australia – to adopt structures and cultures that encourage innovation while also accepting failure as a part of the process.

"If you’re willing to take several bets on companies or ideas that might lead to the future in times like these, you need to build an organisational architecture that has the incentives and culture to tolerate a certain amount of failure, and we don’t see enough of that in Australia."

As well as teaching at Melbourne Business School, Prof Chaudhri consults with many major Australian corporates and says he has seen firsthand how focusing solely on short term success can limit a company's prospects.

"I have heard CEOs talk about expanding their portfolio and wanting every single part of it to work – but that's not the way the Amazons and the Googles of the world operate. They recognise that a lot of their ventures will fail, and they're OK with that.

"We're not geared that way in Australia. We don't think about failure as part of the process of strategy in an uncertain domain."

"CSL is now a $75 billion, publicly-listed company that’s moving beyond its original business. The CEO, Paul Perreault, describes it as the largest pharma that no one's ever heard of because it has taken a whole set of bets that go beyond its original focus."

Prof Chaudhri says more business leaders in Australia need to accept that it's OK to fail, but be careful of adopting the "fail fast" approach made famous by Silicon Valley.

"What you really want is not to fail fast, but to learn fast – which means embracing the right kind of failure, the failure you can learn and extract value from."

The World Business Forum will be held in Sydney on May 30 and 31. Melbourne Business School will be the academic partner for the event for the fourth year in a row.

Other keynote speakers at the forum include Alan Mulally, the former CEO of Ford Motor Company, Formula One driver Mark Webber and British author and innovation expert Sir Ken Robinson.

Melbourne Business School students and alumni are entitled to a discount on tickets to the forum. Email info.au@wobi.com or call 1300 306 650 for more information.