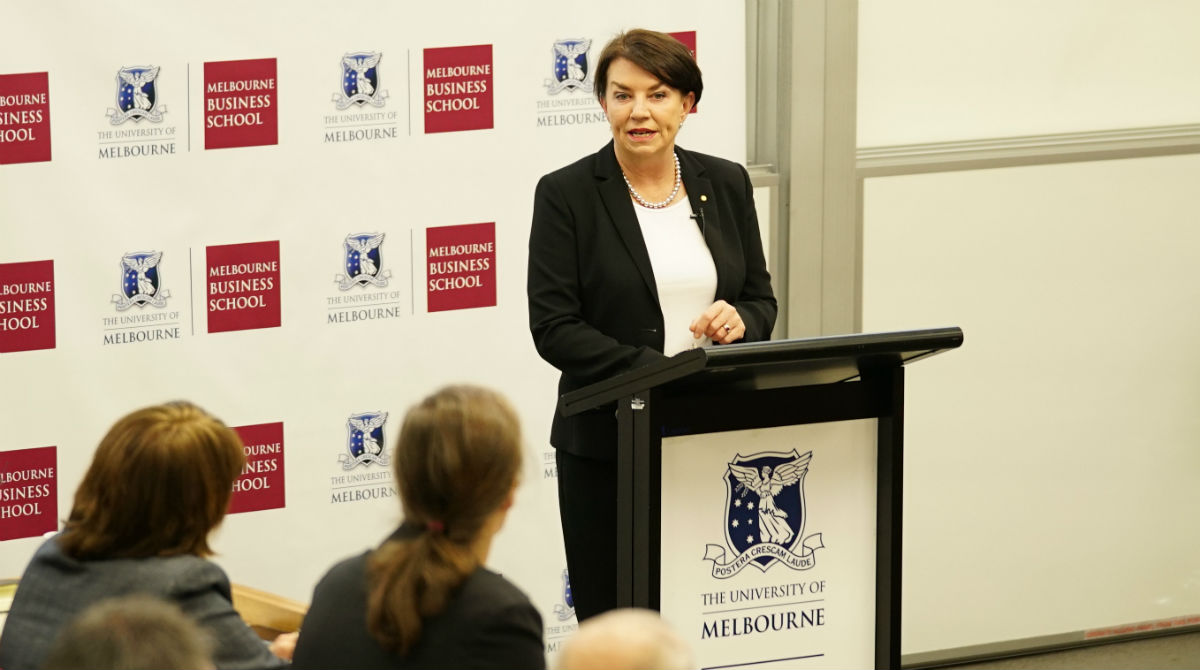 Ms Bligh spoke about the "transformative" shift in her opening address to the Competition in Banking Conference at Melbourne Business School.

"When it comes to competition among Australian banks, few topics have had more scrutiny in the public than switching," she said.

"Customers that vote with their feet are the most powerful competitive force in the market.

"One in six Australians have switched their main bank in the last three years. That means that more than 3 million people."

Ms Bligh said new open banking laws set to be introduced this year would make it easier for customers to switch their banks.

"It will be a transformative transfer of power from institutions, into the hands of consumers," she said.

"It is a source of information that has long been regarded as the commercial property of the bank, and banks have seen that property as competitively significant.

"This act will transfer the ownership of that data from the banks to the customer. Customers can require their bank to transfer their data in full to another institution, that is a competitor.

"Customers can then use that data to shop around for the best deal, in most cases without even having to hit the pavement.

"It will be a very powerful tool that will drive stronger competitive behaviour in the sector."

The banking sector will be the first to implement the changes under the Consumer Data Right initiative, followed by other sectors such as telecommunication.

Ms Bligh said she expected the new rules to be implemented in 2019.

"It will be one of those technologies that will be slowly started to be used by customers, but it could accelerate quite quickly."

The Competition in Banking Conference is being hosted at Melbourne Business School in partnership with Bendigo and Adelaide Bank. Speakers include Ms Bligh and Peter Harris, Chairman of the Productivity Commission.