Canberra technology talk: Lessons for Australia from the Silicon Valley

With a new Prime Minister in office, how will the public sector continue to prepare for the digital era amid all this change? 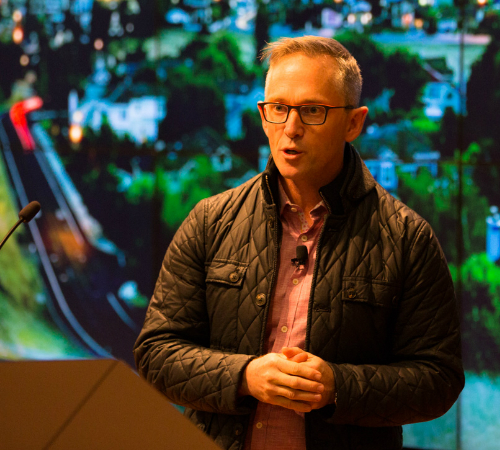 "In our digital world, every industry is being disrupted by technology. How do we support that innovation, and what should we do differently in the public sector?” Professor Williams asks.

Professor Williams will give his views, and those of colleagues from Silicon Valley to China, when he talks at Digital Leadership and Transformation: A global perspective on Thursday 27 September at the National Gallery of Australia in Canberra.

RSVP now for Digital Leadership and Transformation in Canberra

He says Australia urgently needs to learn from the Silicon Valley and other innovation centres around the world.

"There is much we can learn from the Silicon Valley mindset. As someone who lived there for much of my career, I believe we have to change and rethink how we balance risk and reward in Australia," he says.

"We produce some of the smartest and best-educated computing professionals in the world, but how can we be more like the Silicon Valley and invest in growing the next generation of industries in Australia?" he asks.

"Government plays an enormous role, and we need to move decisively."

In preparing for this talk, Professor Williams spoke to friends and colleagues in the Silicon Valley and China, asking them what has contributed to the concentration of the most valuable companies in their centres for innovation.

He will share his and their thoughts at this important to talk to stimulate thinking on how Australia can develop its own value-enhancing technology ecosystem.

Dr Hugh Williams is an Adjunct Professor and a Distinguished Fellow for the Centre for Business Analytics at Melbourne Business School. He has served in senior roles at eBay, Microsoft, Tinder, Pivotal and Google, where he oversaw Google Maps worldwide. He talks regularly on digital disruption, including in this podcast: Lessons from Silicon Valley: Success is in the data.