Business leaders need to create a culture of disclosure, accountability and transparency if they want to rebuild the trust of the community, says Australian Institute of Company Directors chairman Elizabeth Proust. 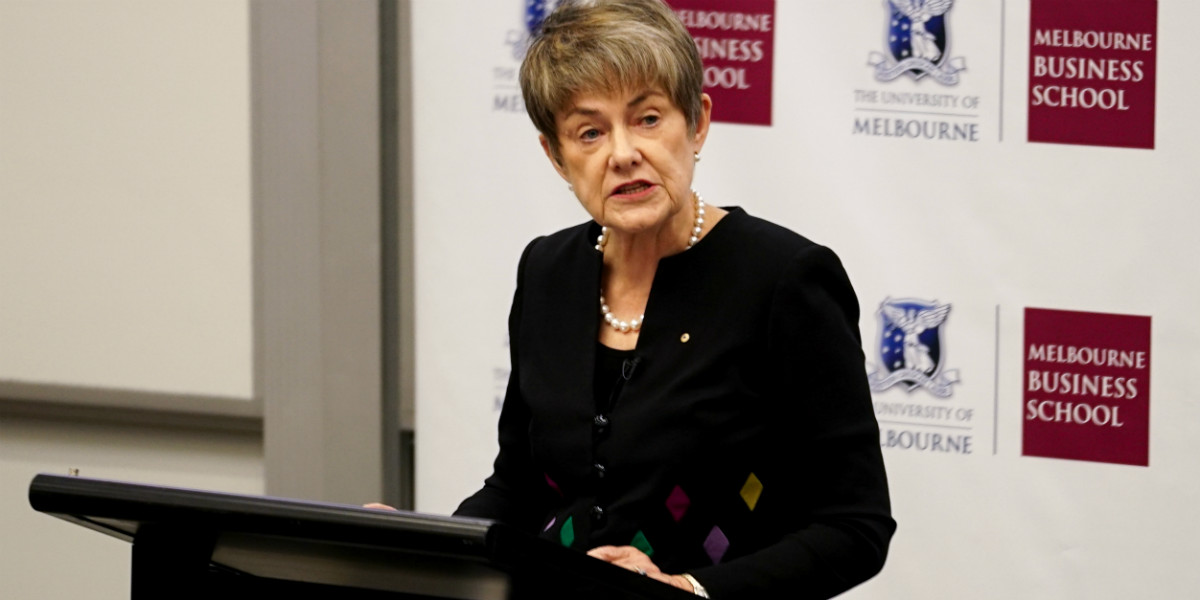 Ms Proust delivered the opening address at the Ethics in Business Conference at Melbourne Business School this morning with a speech on ethical leadership and trust in which she said corporate Australia needed to "get ahead of community expectations, not play catch up".

"We need to reconsider how we make decisions and in whose interest we make them," said Ms Proust, who also chairs the boards of Nestlé Australia and the Bank of Melbourne and is a non-executive director on the board of Lendlease.

"Australian institutions are now among the world's least trusted, ranking only a few points higher than those in Russia, and the Australian public doesn't trust business to do the right thing – at 45 per cent, Australia's trust in business is significantly below the national average."

You can read the full transcript of Ms Proust's speech here

Ms Proust said distrust in institutions in Australia went beyond the corporate sector, as shown by the royal commissions underway or announced this year into child sexual abuse and aged care, in addition to the ongoing Hayne inquiry in banking.

She said organisational culture was crucial to overcoming the trust deficit in the community.

"When we think about organisational culture through a lens of transparency and accountability, a clear area for improvement is creating a culture of disclosure," she said.

"Too often good news miraculously makes it to the boardroom at three times the speed as bad news. It's up to leaders to make clear that this isn't acceptable."

The address was Ms Proust's last as the chairman of the Australian Institute of Company Directors, from which she retires this month.

Ms Proust said the Institute supported the introduction of stronger protections for whistleblowers and cited figures showing that only half of the top 200 companies on the ASX had policies allowing whistleblowers to remain anonymous.

"It is in the interest of all organisations to have a whistleblowing framework that protects and encourages disclosures, within reason, and which incentivises internal disclosures," she said.

"Asking ourselves those questions and answering honestly is important because, otherwise, we can’t hope to challenge or change the underlying assumptions that have guided our collective decision making to this point," she said.

"We need to think beyond our own boardrooms and further afield than our own immediate stakeholders. To stop asking, will this risk our reputation? And instead ask, are our actions fair and responsible? And will the community agree with our assessment?"

The Ethics in Business Conference is being held at Melbourne Business School on November 13. Speakers include Ms Proust, Professor Cordelia Fine and Professor Paul Kofman, Dean of the Faculty of Business and Economics at the University of Melbourne.