More than 300 students – and one baby – graced the stage of Town Hall on Saturday for Melbourne Business School's 2018 graduation ceremony. 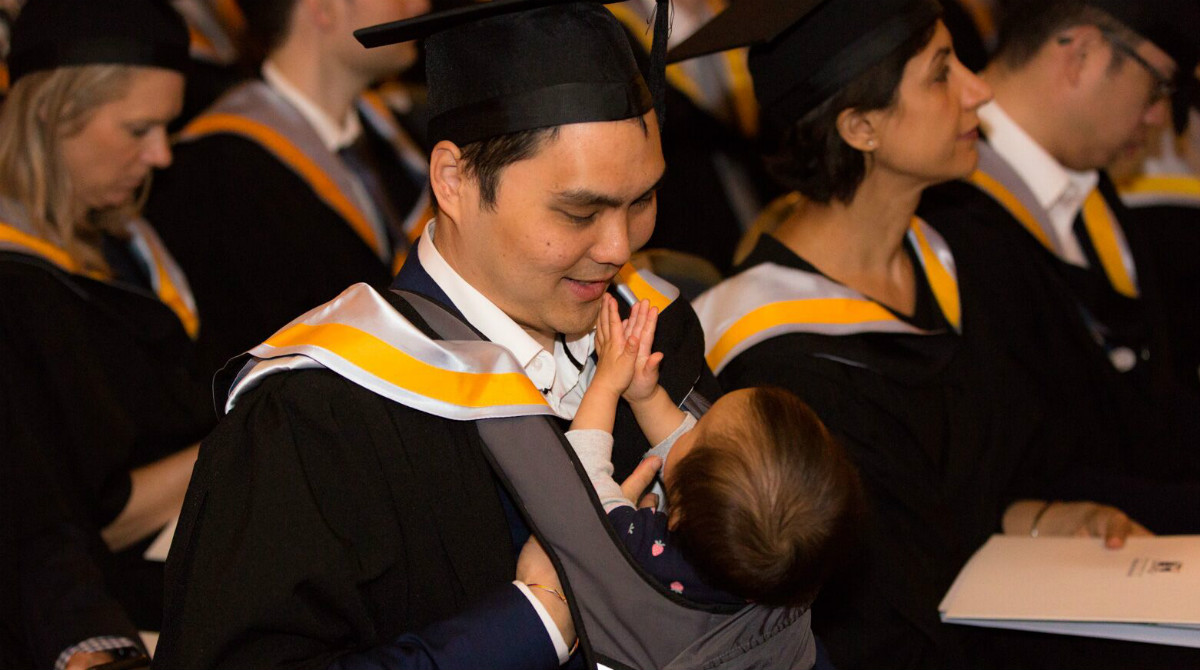 "Her name should be in brackets on my testamur," he joked.

Arielle's mum, Elena Toh, also graduated on the day – but Joel said the decision of which parent should carry her onstage was entirely practical.

"I think she's more under control with me, strapped in the carrier. She can't wriggle her way out," he said.

Joel and Elena met before they came to the School, and tried not to make a fuss about their relationship while they were both in the Part-time MBA program.

"We were in the same cohort, but we made it a point not to be in the same syndicate groups and to live a separate student life – even though she was just across the lecture theatre," Joel said. 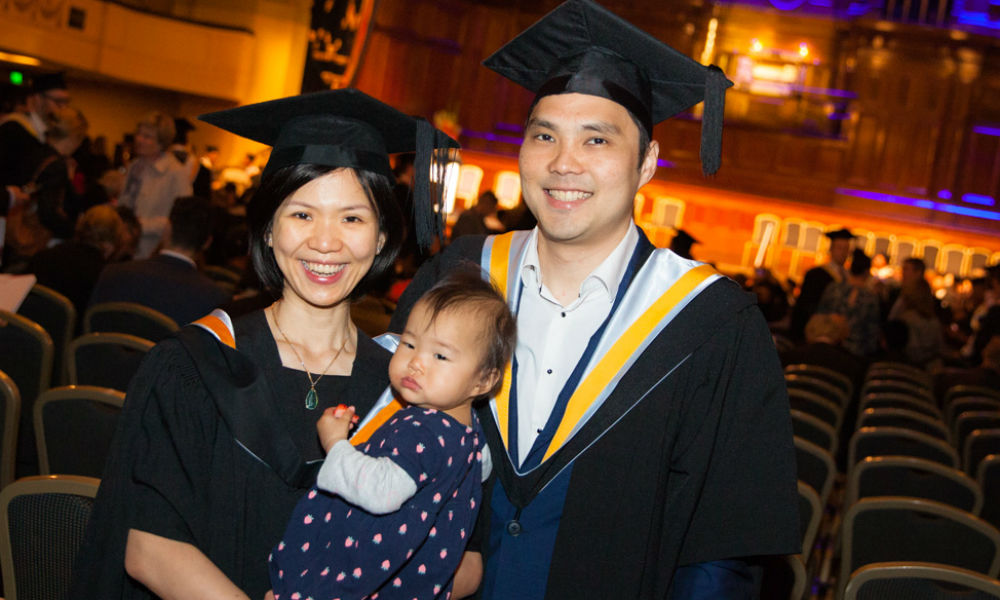 Joel, who works with Metro Trains Melbourne as a Project Manager currently delivering train control and signalling system changes for the Metro Tunnel Project, said the decision to graduate as a family was made at the eleventh hour.

"We actually had friends lined up to look after her, but we couldn't get extra tickets for them because it was quite a last-minute decision, so we just had to deal with it on the day and bring her up," he said.

"It was definitely a conversation starter."

Professor Ian Harper, Dean of Melbourne Business School, said meeting Arielle was a first for him.

"I have conferred pregnant mothers before, but not a new dad with a little one strapped to his chest. What a triumph for modern fatherhood," he said.

See more photos from graduation below 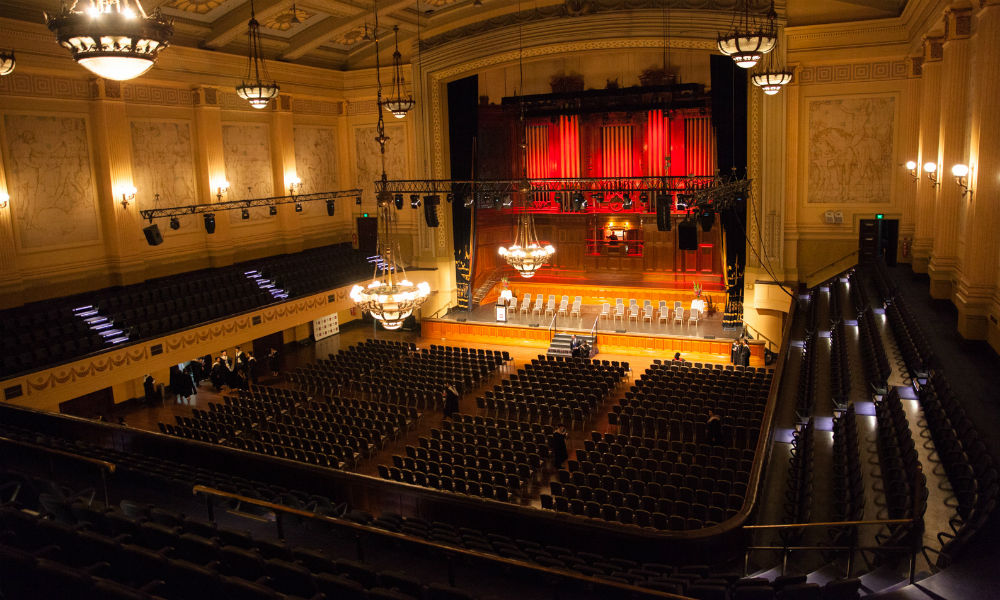 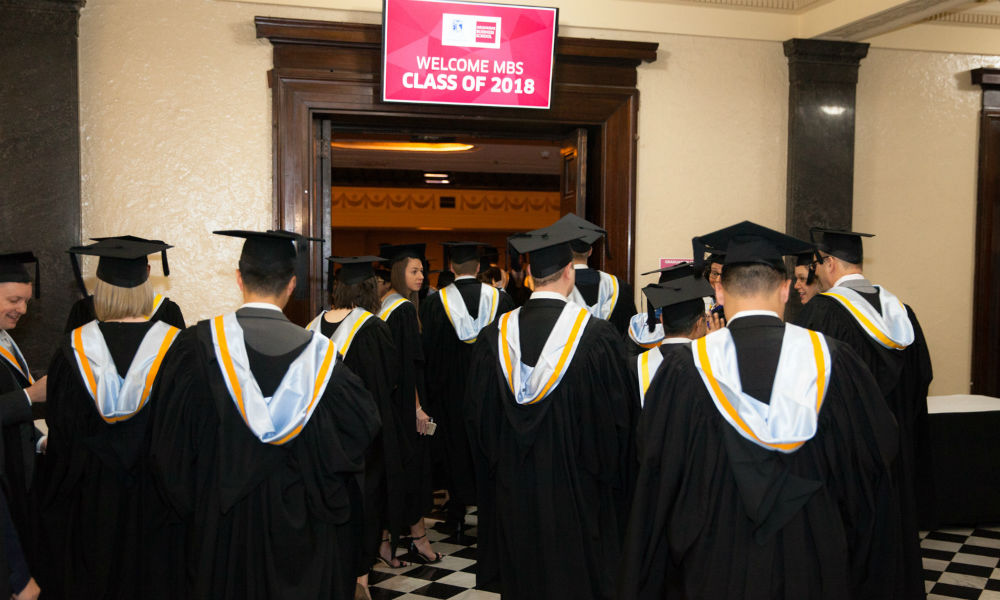 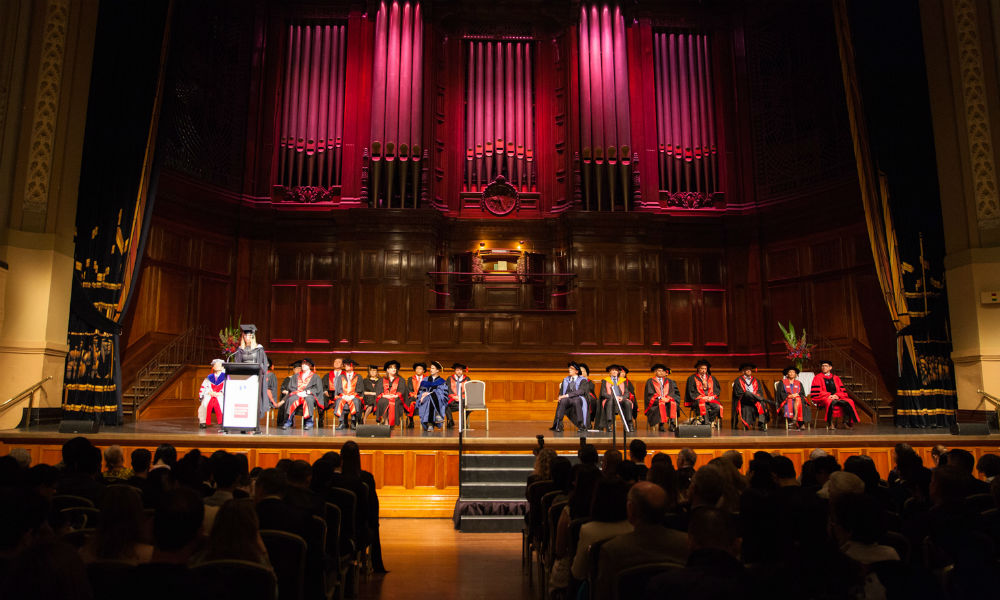 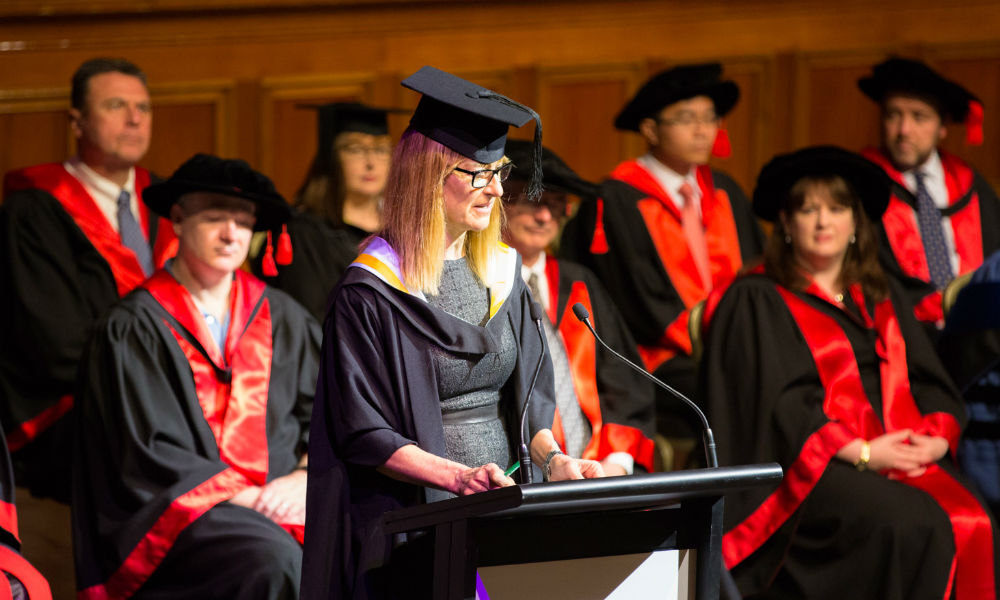 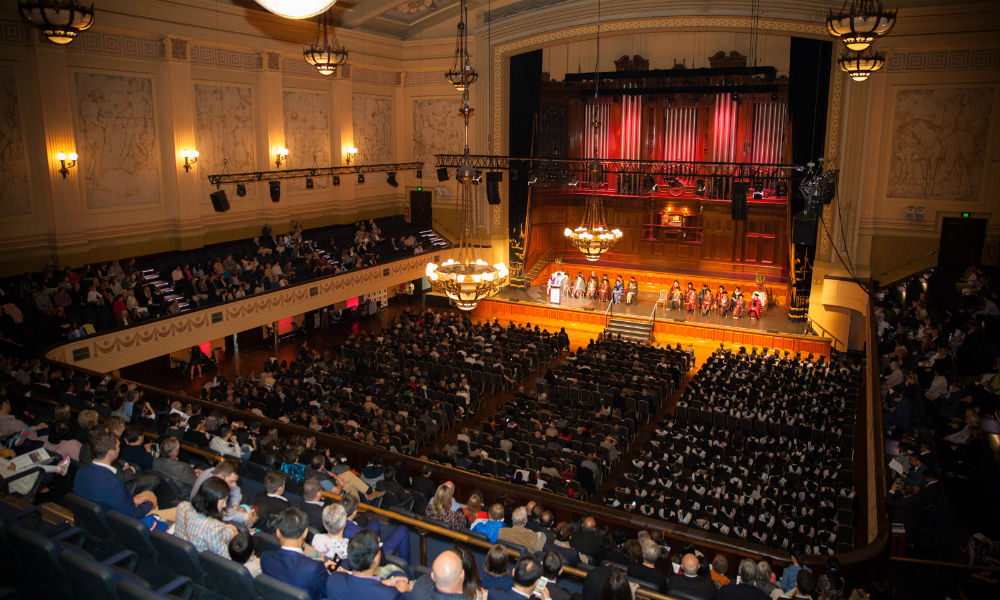 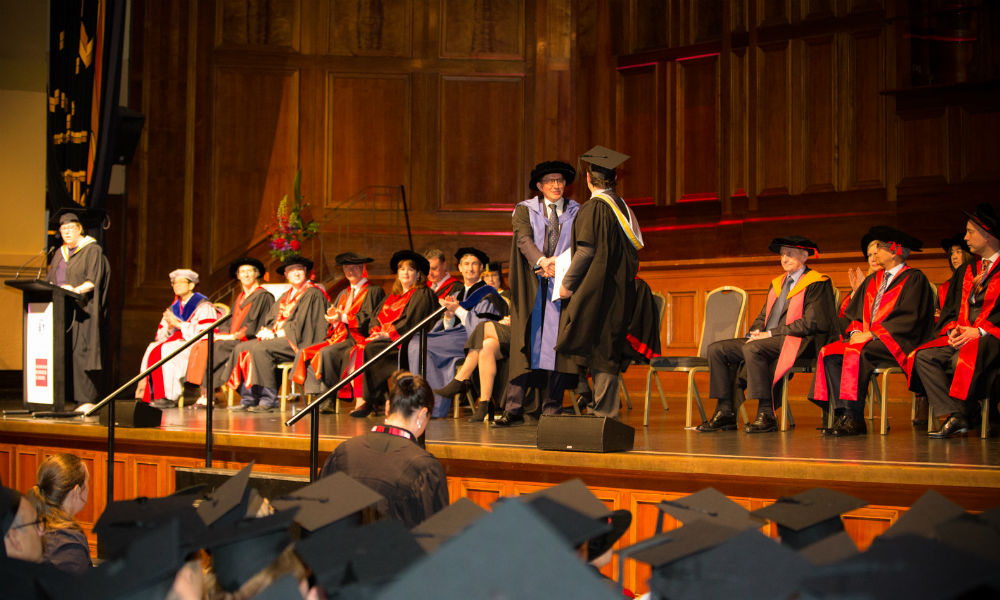 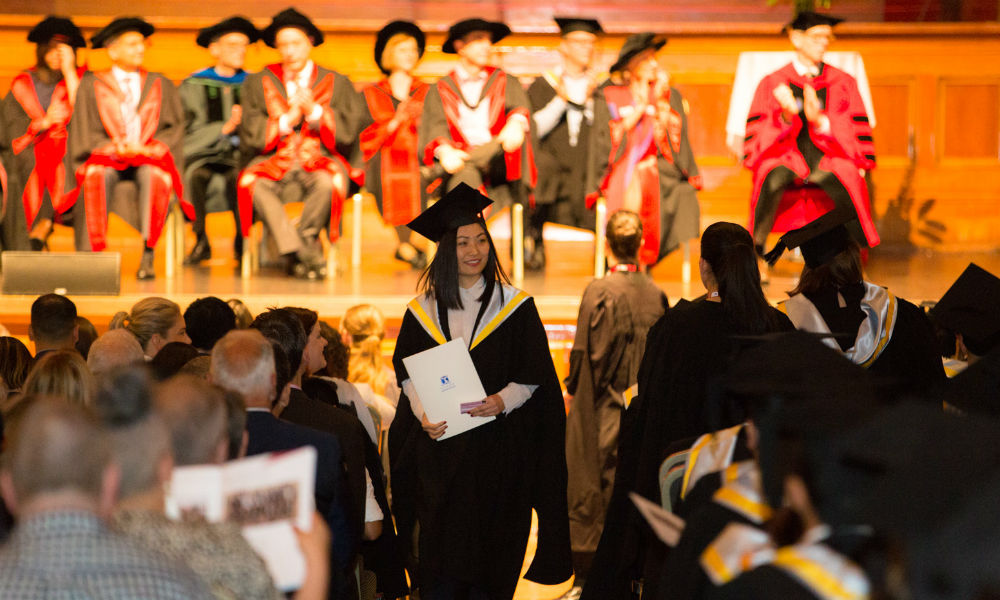 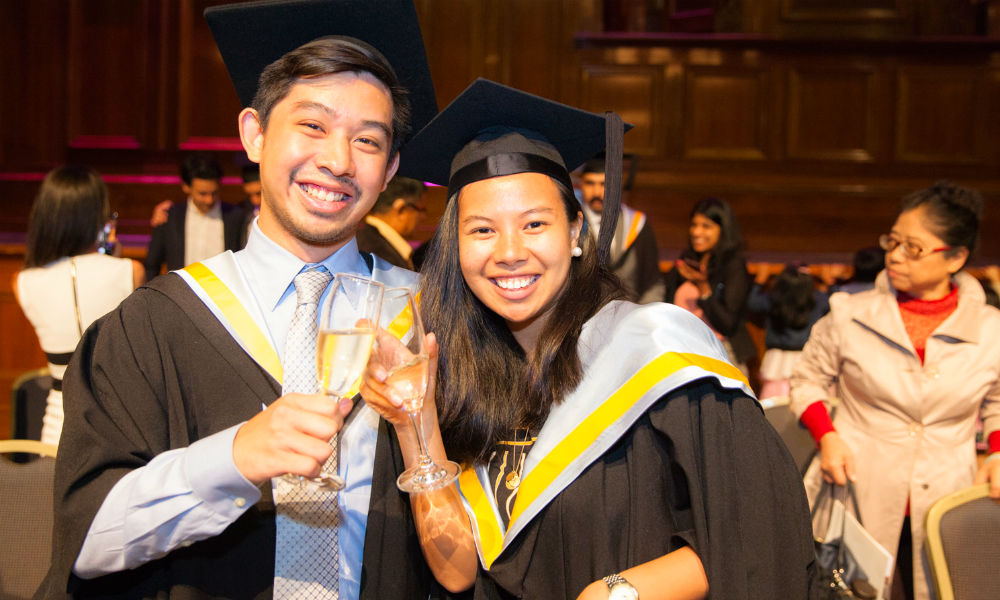 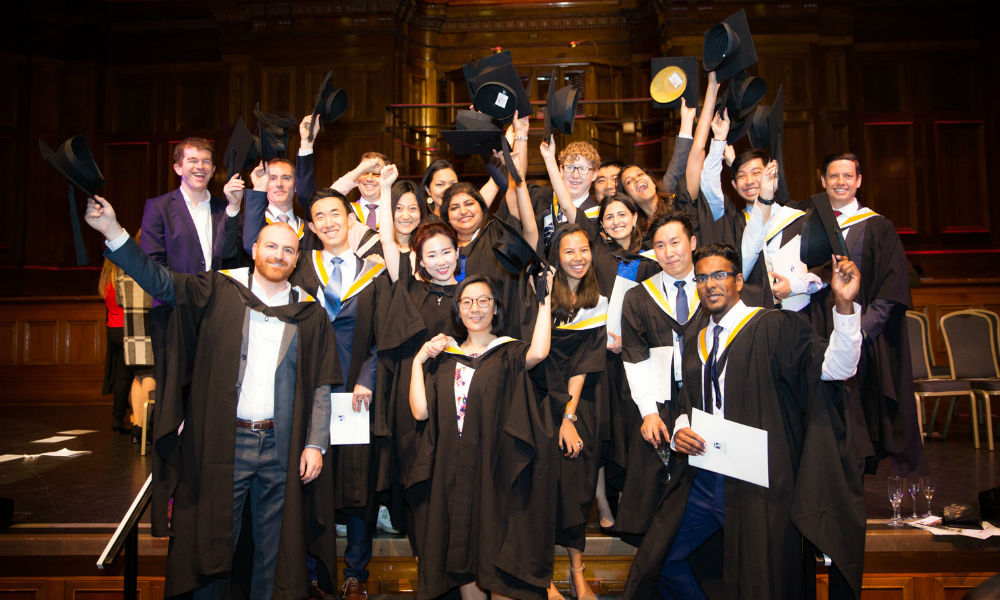