The benefits of data to business and society will be the major themes of this year's Melbourne Business Analytics Conference in September, says Anita Arbogast. 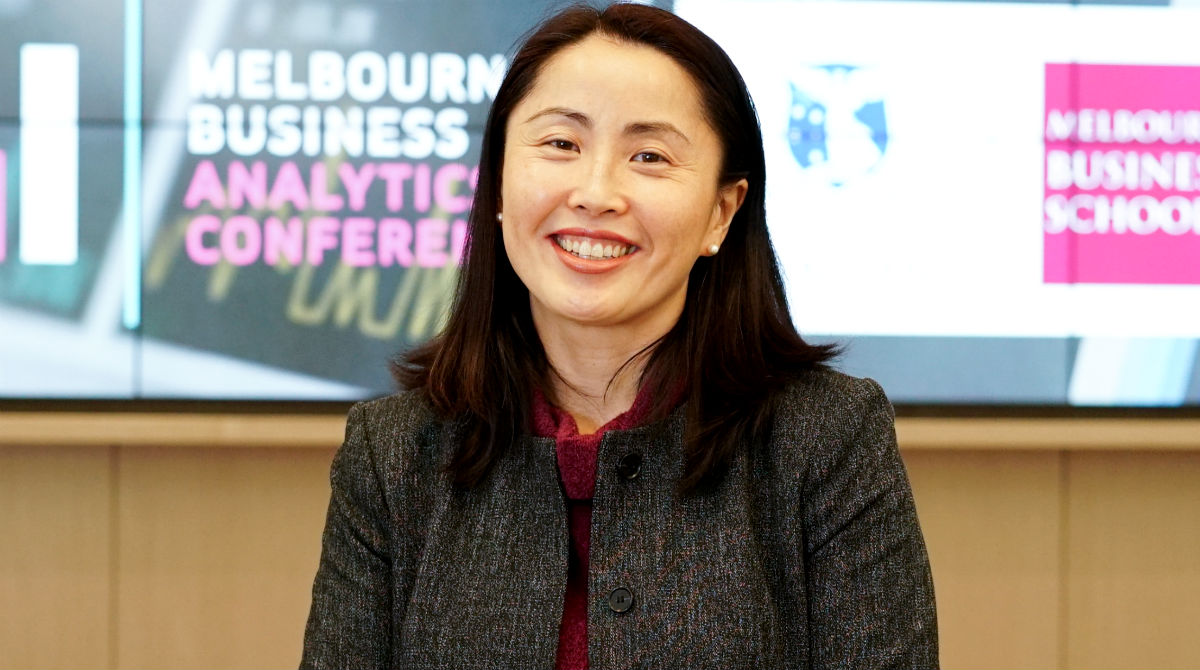 Anita is the new Executive Director of the Centre for Business Analytics at Melbourne Business School, having come to the role as "a bit of a hybrid" with experience in both education and banking.

Anita's former roles include Associate Director positions at Commonwealth Bank and the MIT Sloan School of Management in Cambridge, as well as Assistant Vice President at GE Capital.

"I've spent most of my career in the US, including at MIT, working on student employability, admissions and other aspects of the student experience," she says.

"But I've also spent time in banking, so beyond being an educational professional, I also identify as a banker. Coming to the Centre for Business Analytics as the Executive Director, my focus is very much on industry partnerships."

One of Anita's first projects in her new role is the third annual Melbourne Business Analytics Conference, to be held at the Melbourne Convention and Exhibition Centre on September 3.

"The conference is one of Melbourne Business School's biggest annual events and we're expecting up to 1000 attendees this year. I would especially like to thank our founding partner SAS for helping make it happen," she says.

Each year, the event brings together analytics academics and practitioners to learn from each other. Two of this year's biggest speakers straddle both roles.

"I'm really excited that we have attracted two extremely high-calibre academics – a former Chaired Professor from Wharton and the other from Stanford – who are currently working in industry," Anita says.

"The first is David Bell, who is one of the world's leading analytics scholars formerly at Wharton, who just founded his own venture studio in New York, and the other is Harikesh Nair from Stanford, who is currently working as the Chief Business Strategy Scientist at JD.com.

"I'm really keen to hear from both of them about the practical application of their academic work in industry."

This year's conference will also feature practitioners in a variety of roles who are using analytics to make a difference to the quality of life of Australians.

"We hear so much about privacy and ethics and other issues around the huge volume of data that we capture today, but I really wanted the conference to focus on how data can impact in a positive way on our society as well," Anita says.

"One of our speakers will be Kira Leeb, Executive Director of Health and System Performance Reporting at the Victorian Agency for Health Information, which has an amazing repository of health data.

"We also have a panel of experts who are working on the challenges facing cities. They include Michelle Fitzgerald, the Chief Digital Officer for the City of Melbourne, Brad Petry, the Head of Data Analytics at the Department of Premier and Cabinet and Kirsten Williams, Executive Advisor for Victoria Police.

"These organisations each use data in a different way to benefit citizens, so I'm really excited to have the chance to hear from them."

To see the full list of speakers and register to attend, visit the Melbourne Business Analytics Conference website.