Judo Bank is Australia's fastest growing new bank, and Andrew Leslie's job is to make sure that it stays that way. 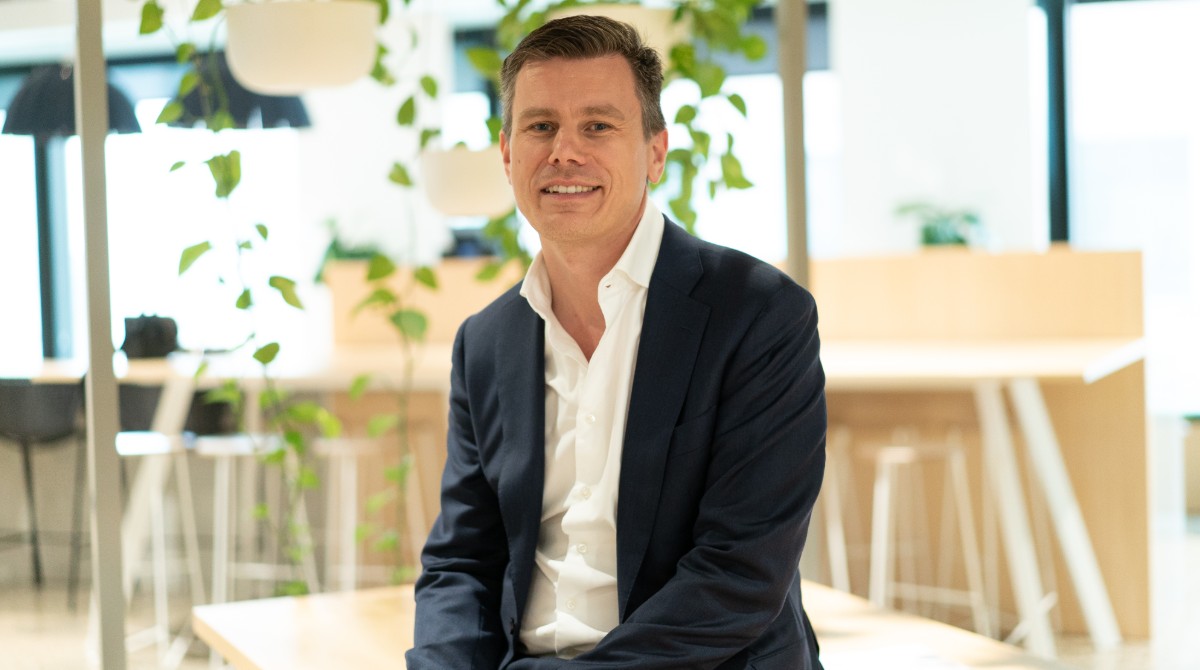 Andrew is General Manager of Corporate Development at the newly-launched Judo Bank, where he's taking on the big four using skills he gained in our Senior Executive MBA.

"What I'm doing now at Judo is to question the status quo, instead of just jumping to obvious solutions," he says.

"One of the key learnings for me out of the MBA was this ability to question myself and question others, and have the confidence to do that."

Andrew is responsible for mergers and acquisitions, strategic initiatives, and fundraising at the new bank that launched in April last year in a market dominated by ANZ, Commonwealth Bank, NAB and Westpac.

"We are a challenger bank. That's how we define ourselves and our ethos is all around servicing our customers better," Andrew says.

"This is a dream job for me because it's an amazing company, high-growth, great culture. We're challenging a very staid industry that's finding it very difficult to reinvent itself."

Judo Bank is focused on supporting small-to-medium enterprises and reinventing the way banks interact with their customers, through its high-touch, high-tech model. For Andrew, it's a chance to push his innovation and critical thinking skills to the limit.

"Always ask, is there another way to do this? Can we do this in a more efficient way? Is this the right way to do things?

"That level of questioning is important because it helps you get to the right answers and diligently find the right approach."

Andrew says studying alongside talented people from different backgrounds was one of the most valuable parts of the Senior Executive MBA experience.

"In my first syndicate group, we had a doctor who worked at a not-for-profit overseas, an engineer who had done a lot of the robotics for Australian ports and in mining, an Orthodox bishop, and a senior executive with a history in pharm and biotech.

"The skills of being able to question more broadly and work with a broader range of people – especially when you're going from a specialised background into where I am now – was what enabled me to get to the position I'm in at Judo."

Andrew began his MBA while working at Morgan Stanley, before graduating in 2018 and joining Judo Bank the following year. When choosing which school to study at, he said the reputation of the institution and its students was important.

"There are a lot of MBAs out there, so the quality of the institution became important because ultimately my brand would become tied with the brand of the school," he says.

"The other specific criteria for choosing an MBA was that I wanted to be enrolled with people that had serious careers, so the quality of the cohort."

As for what comes next, Andrew says he's looking to stretch his skills even further to see just how far Judo Bank can go.

"I actually have the ability to really influence the outcome, which is probably the first time in my career that I've really been able to do that – and that's a bit scary but quite empowering," he says.

"Through that, I will draw on everything that I've learned in the MBA because it's as much about navigating that kind of ambiguity as it is having the confidence to approach it right."