The volume of data being collected by analytics leaders has grown by 20 times in the past five years, but many companies are struggling with data reliability. 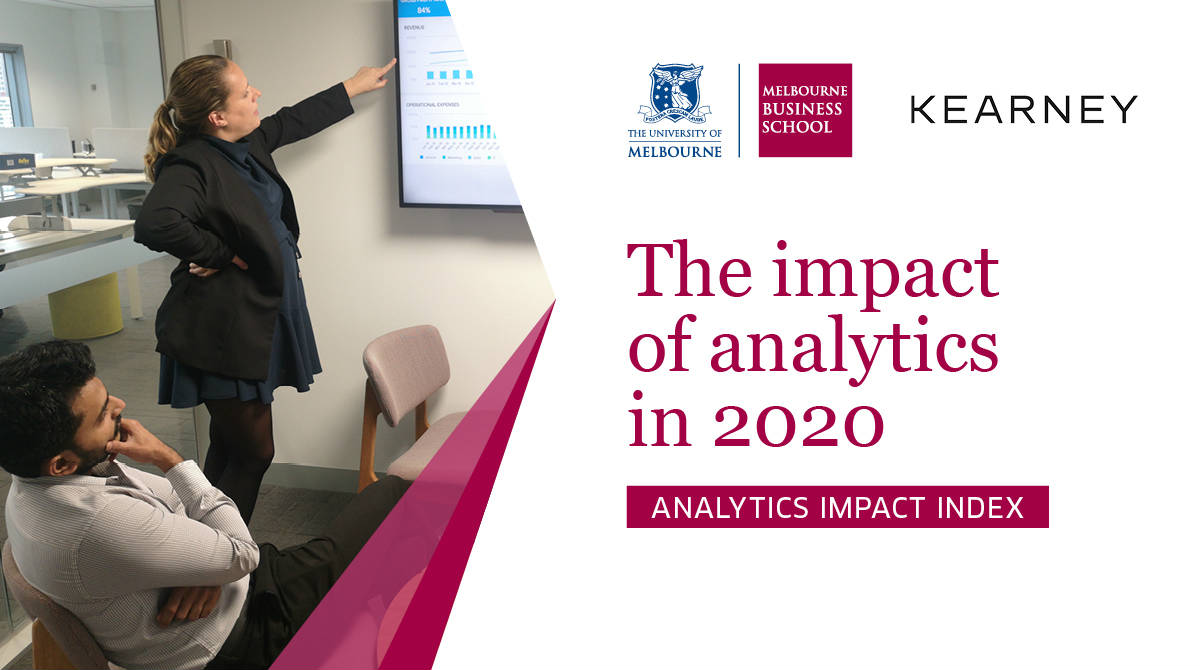 Those are some of the key findings from the Analytics Impact Index 2020 launched this week by Melbourne Business School and global management consulting firm Kearney.

Based on surveys of more than 300 global companies with a median revenue of USD$330 million across 33 industries, respondents from participating companies were primarily from the C-Suite and Director levels.

The third edition of the Index reveals that while all organisations experienced a strong increase in data velocity and data volume over the last five years, 50 per cent of companies struggle with data reliability issues today. 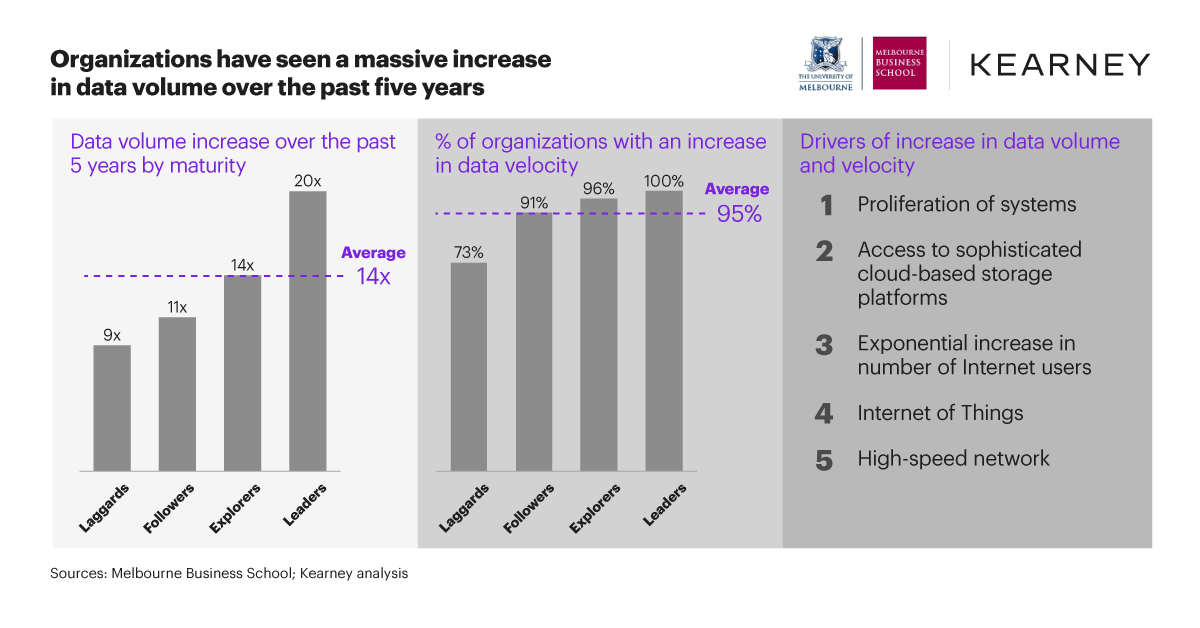 "In the challenging times that we currently face, organisations can leverage their data assets to compete, but the extent to which they can compete is limited by the reliability of their data assets," said Professor Ujwal Kayande, Director of the Centre for Business Analytics at Melbourne Business School.

"The increase in data volume is not so surprising as more organisations and customers connect into the internet of things and high-speed networks. Moreover, moving data into the cloud has removed the barriers that organisations previously faced in terms of being able to access and store data. 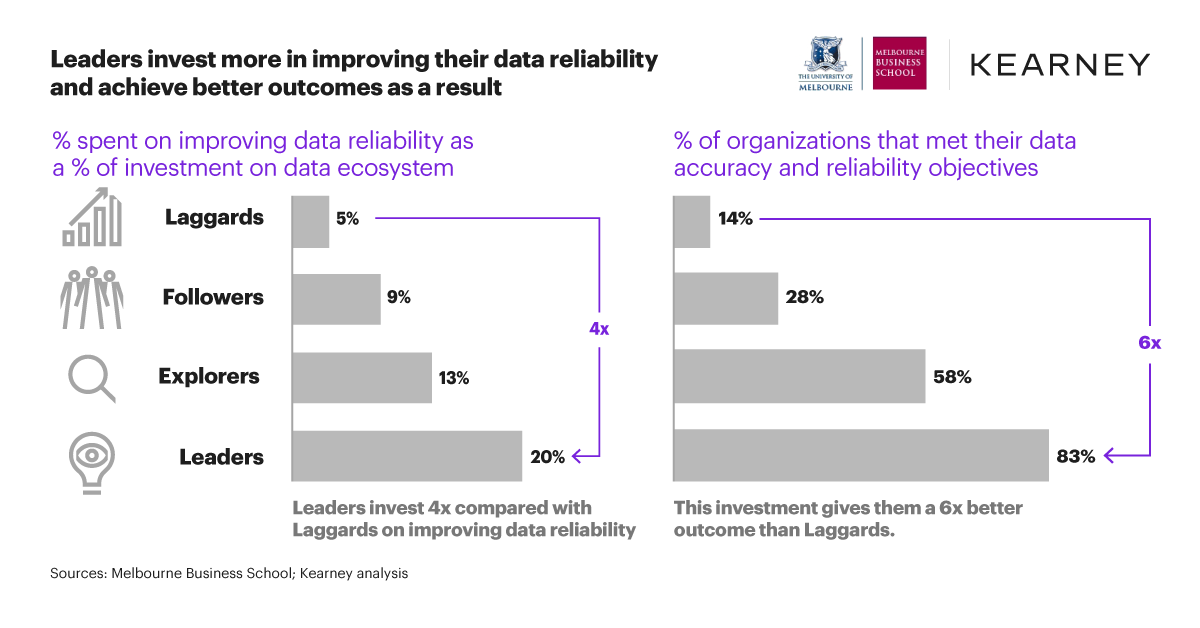 "However, more data do not necessarily mean better insights, as data reliability continues to be a major issue for organisations around the world. Organisations face challenges in being able to aggregate data across legacy systems that don't always talk with each other.

Interestingly, this year's report shows that investments in developing Artificial Intelligence (AI) capabilities by Leaders/Explorers was actually similar to Followers/Laggards, however Leaders/Explorers gained a 4-5 times higher uplift in value from AI pilot deployment, and also deployed AI pilots in half the time.

"AI for many companies is becoming an essential capability to deliver superior outcomes. However, we have seen that currently only Leaders and Explorers are effectively launching AI pilots," said Kearney Partner Enrico Rizzon. 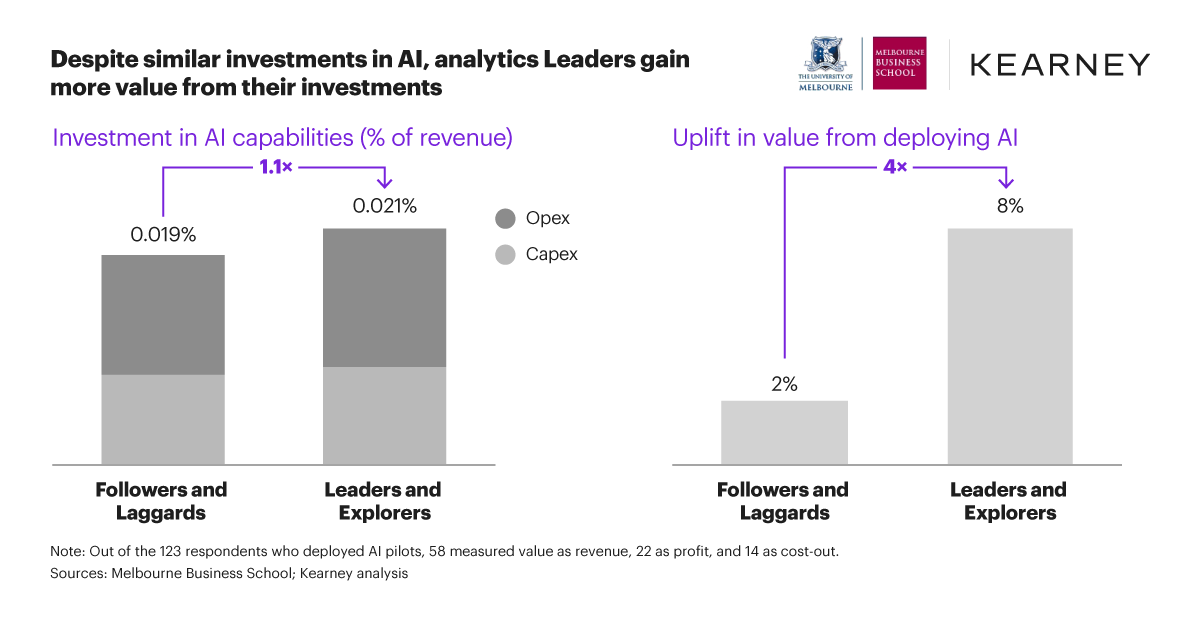 "What we found was that whilst the investment in AI was similar between the two groups, only the Leaders and Explorers were reaping true value from their AI pilots. This implies that you simply can't expect superior results just by injecting more capital into your AI program and expecting it to be successful.

"Companies need to be highly aware of other influencing factors and work on enhancing them. As an example, we found that AI pilots were successful for Leaders because of their culture of experimentation and other differentiating factors such as having leadership and buy-in from the C-suite."

The Analytics Impact Index demonstrates that survey participants have advanced towards analytical maturity, with nine per cent more categorised as Leaders/Explorers compared to last year. In a continuation of previous years' findings, financial returns are correlated with analytical maturity, as Laggards could potentially generate up to 81 per cent more profit if they adopted the behaviours typical of Leaders. 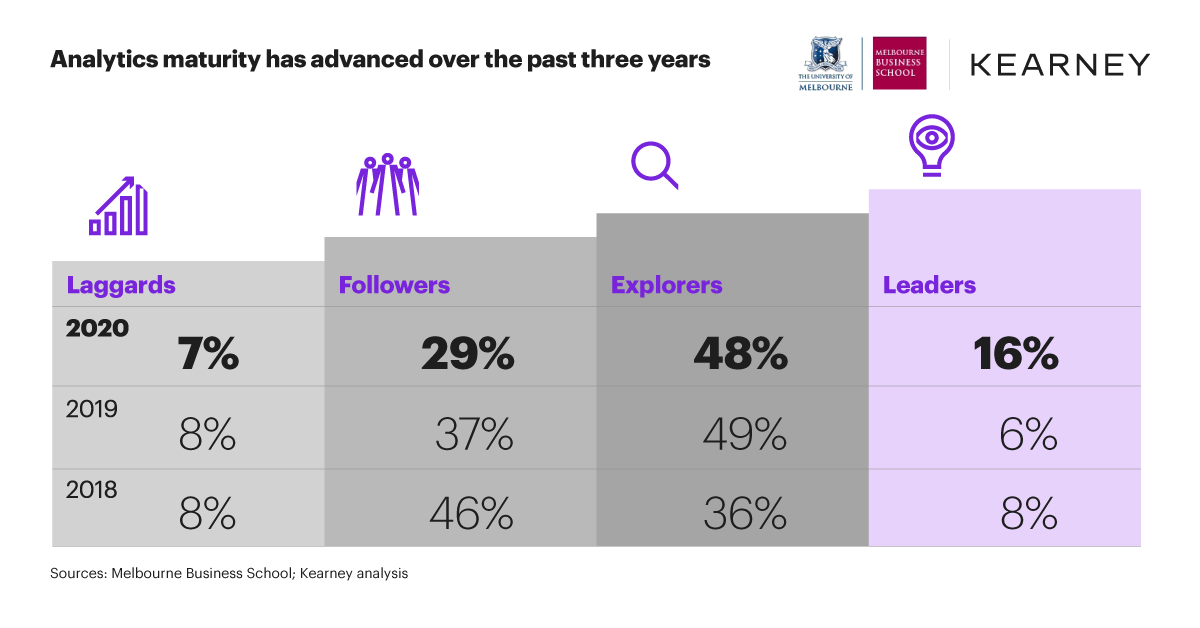 Overall, companies in APAC have a higher analytical maturity compared to other regions (2.4 versus 2.2), and rank higher than global peers across all four dimensions of maturity assessment (strategy and leadership, culture and governance, talent and skills, and data ecosystem). APAC companies also attribute higher profits to Analytics than their global peers, at 5.5 per cent compared to 4.8 per cent (Global), 4.7 per cent (EMEA) and 4.5 per cent (USA).

"Challenging economic times tend to force organisations to focus on improving efficiency. Data is at the heart of enabling efficiency. Early indicators from organisations with whom we partner is that they are doubling down on data analytics investments, expecting to become more efficient," said Professor Kayande.

"But it is not just about becoming more efficient; organisations recognise that tough times are not only more competitive but also create new opportunities. To compete for a customer's business and see opportunities, an organisation needs to know what customers want and how to service those wants, which data can enable.

"My expectation is that analytics is going to become more valuable to organisations, although I also expect the range of that value to increase. Some organisations will do far better, but others will do far worse."

The Analytics Impact Index is an annual study by Melbourne Business School and global management consulting firm Kearney. You can read more and download the latest report here.