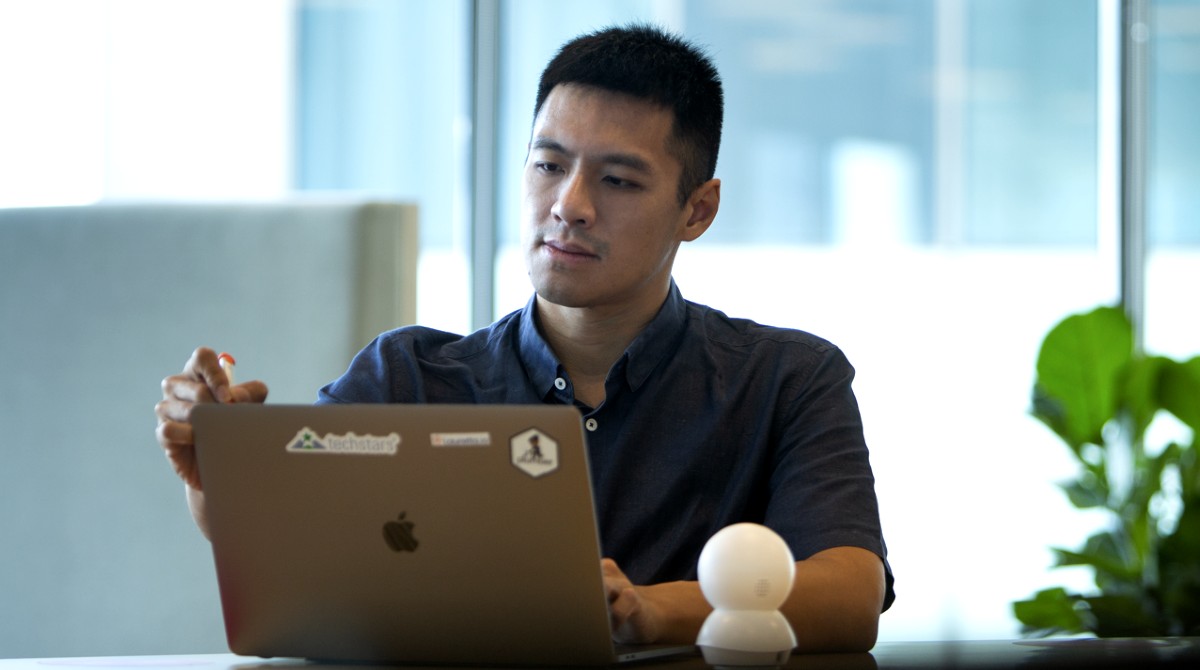 Jason is now the Director of Artificial Intelligence at research-intensive biopharmaceutical company MSD after deciding to study a Master of Business Analytics on top of his MBA degree.

"Working with very smart and diverse people on the Master of Business Analytics program was prescient for my role now," he says.

"My role is global. When I started, my team was seven people. Now, it's roughly 35, and some are based in Europe and my manager is in the US."

The new changes include a part-time version of the popular degree, as well as stackable qualifications including a professional certificate, graduate certificate and graduate diploma that offer flexible study pathways.

Jason says his decision to study business analytics matched the direction his career was taking. His MBA helped him become a Managing Consultant at Litmus Group, now owned by PwC – but five years later, he felt something was missing.

"I had used my MBA to switch from a technical background to a more business-oriented role, but then I became the default quantitative person and could also see the trend of using data in business developing," he says.

"I also had analytics teams and data science teams reporting into project managers, finance teams and commercial teams but without a layer of management above them with data knowledge."

Having realised that the future needed managers who understood data, Jason looked for a postgraduate program that gave senior leaders the ability to use data and business analytics for better decision-making.

"I looked at programs in the UK, the US and the whole Asia–Pacific region, but surprisingly few had the right mix of technical robustness and business application, and the Master of Business Analytics at Melbourne Business School was among them, right at the top."

Since Jason graduated in 2016, the program has been consistently ranked among the top 20 degrees of its type in the world and become one of Melbourne Business School's most popular study options – even if Jason's peers didn't see its potential, at first.

"I got some flak from my peers, when studying my Master of Business Analytics after my MBA, who said that I should be doing a PhD if I already had a master's degree," he says.

"My answer was that it was wrong to think of the two degrees in a binary way – either you're a business or an analytics person. That's not the state of the world today. All major businesses are seeking to be data-driven.

"It's not just analysts on the ground, but senior leaders who need to do this kind of course to really understand the potential of their business – and those who do it first will be at an advantage. It's absolutely for experienced professionals."

For Jason, studying a Master of Business Analytics allowed him to ride the growing wave of data use in business – and now a new wave of artificial intelligence.

"Where analytics is focused on supporting better decision-making, AI is a bit broader," he says.

"It is transforming some industries in a very fundamental way, and I've seen a number of my peers transition from analytics into AI quite easily because many analytics methods map over into the AI space."

Now, in his role at MSD, Jason gets to work on a much broader scope of work than he ever imagined.

"Having analytics or AI skills is a very flexible capability. You can work for any organisation because analytics and AI skills and technology apply across all industries.

"I chose an industry where I was hoping to do something a little bit altruistic, because I believe in doing well but also doing good.

You can find more information about our new flexible pathways and study options on the Business Analytics Programs page.