National governments have long staked an interest in the persistence of local news media.

In particular, policymakers are concerned about the role of content aggregators, such as news aggregators, social media and search engines, as a gateway to news websites.

The content aggregators feature links to news stories on other sites. In 2021, the Australian government proposed a bill that required technology platforms, such as Google and Facebook, to pay a news site whenever they linked to its news stories.

In response to the proposed bill, Facebook prohibited Australian users from sharing news content for 8 days. To illuminate how social media generates traffic for news sites, we study this natural experiment using difference-in-differences estimation. We provide evidence that news sites lost incremental revenue and online views, whereby the top 20 publishers suffer from greater short- and medium-term losses than smaller publishers. Our findings suggest that intermediary websites facilitate rather than restrict monetization and access to news content. We would like to acknowledge and Thank SimilarWeb who kindly sponsored the data for this project. 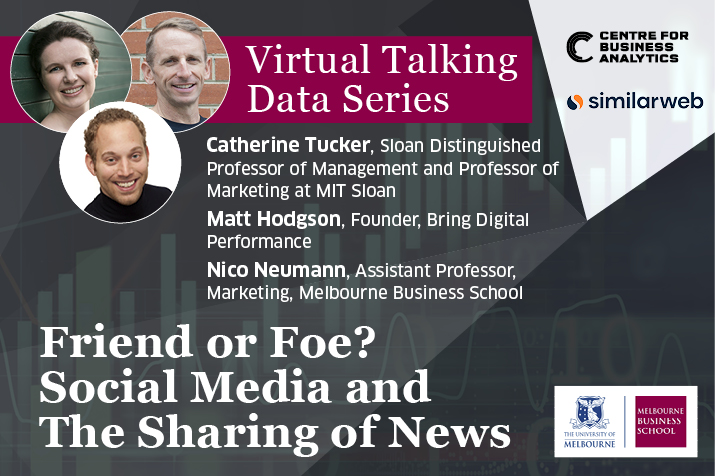 Meet the Director in London (face to face)

Meet the Director in Berlin (face to face)