The 27th Women and Management Dinner took place on Thursday 13 June 2019 in the stunning Myer Mural Hall. Melbourne Business School’s Women and Management Dinner is Melbourne’s premier forum where women and men are moved to celebrate the successes of inspirational women and delve deeper into what more needs to be done to support the careers of women in management. At this much-anticipated annual event members of Australia’s business community joined Melbourne Business School’s faculty, alumni and students for a night of celebration and discussion about women in leadership. 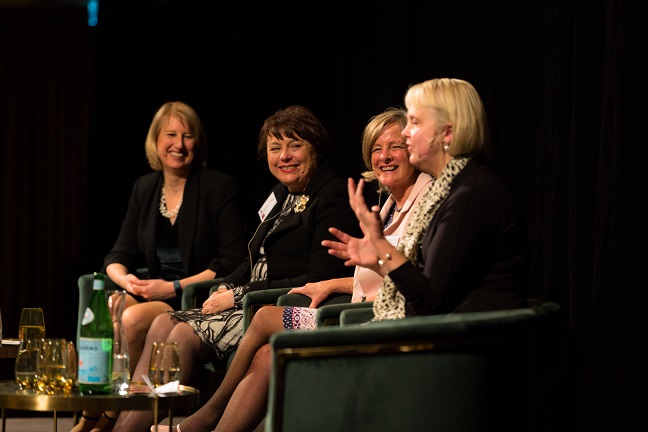 The 2019 Women and Management Dinner will celebrate and discuss Women of Influence.

To open proceedings Jen Overbeck, Associate Professor of Management and presenter on MBS’ Women in Leadership Program, will provide an opening address, sharing her latest research into functional, positive use of power versus domineering, negative power. She’ll discuss how each of us helps to create the power system around us through our own expectations and actions—and how we can help make that system better.

Later into the evening, WAM co-founder, Professorial Fellow Amanda Sinclair, will lead a panel conversation during which the themes introduced by Jen will be explored in the contexts of the panellists’ own experiences in their diverse careers.

Fiona is a Human Resources executive with Operational, Talent, Culture and Change Management experience in the financial services and resources sectors. Fiona has deep expertise in developing inclusive workplaces and customer services. Fiona is a member of Victorian Government Ministerial Council on Women’s Equality and is a board member of General Surgery (Royal Australasian College of Surgeons).

Kelly was appointed as the Minister for Jobs and Industrial Relations in the Morrison Government in August 2018 in addition to her role as Minister for Women, which she was appointed to in December 2017. She is a member of Cabinet and Cabinet’s Expenditure Review Committee (ERC). In April 2017, Kelly became the first female Cabinet Minister to give birth whilst in office. She was also the first woman to sit in Cabinet in a Treasury portfolio. Kelly was elected to represent the people in Higgins in December 2009. On 19 January 2019, O'Dwyer announced that she would not be contesting the upcoming election.

Mayrah is a proud Wiradjuri woman and communications and events specialist.

Melbourne Business School thanks the sponsors and partners for their commitment to the Women and Management Dinner. Proceeds from the evening will enable the School to provide more opportunities to women in leadership. A limited number of sponsorship opportunities are available – please contact Jo Stavers for more information. 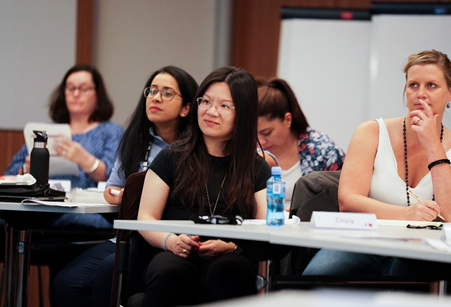 Thanks to proceeds from the Women in Leadership Fund and additional philanthropic support we were able to run the Women in Leadership Program in 2018. This new program is designed to develop women with purpose into leaders who have a profound impact in their organisations, communities and wider society. The Program provides established women leaders with the opportunity to invest in themselves, and transform the way that they lead, influence and innovate in organisations and challenging contexts.

The Fund provided near-full scholarships for many of the cohort, as well as partial fee-help for all participants. We welcomed 28 women to Melbourne Business School in October, who travelled from as far afield as Vietnam, Bhutan and the UK, as well as within Australia to participate in the week-long, transformational program.

Melbourne Business School – Investing in women and their leadership potential

Through our experience and research, women are typically less likely than men to invest in their personal career development and undertake advanced leadership courses. Research reveals that women have extreme reservations about spending development money on themselves rather than using it for the good of others. This reluctance to invest in oneself is compounded by the confidence crisis affecting women at all levels and across industries. Removing the financial obstacle is one way that we, as a community, can encourage women with talent, ambition and passion to take the next step in their career. Funds raised through table sales and sponsorship will go to the Women in Leadership Fund, which provide MBS with the means to support scholarships for the next generation of business leaders.

About Women and Management at MBS 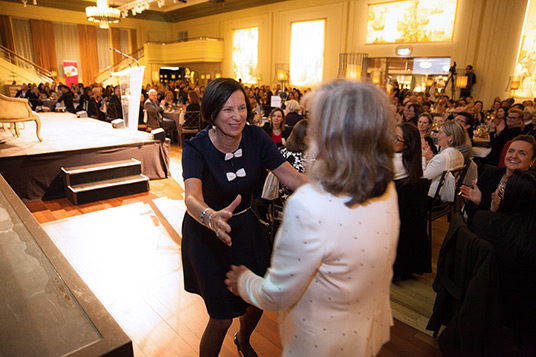 However, the origins of women organising such events within Melbourne Business School go back a long way to some of the first women graduates of the School. The first wave was initiated by the late Jocelynne Howlett (MBA 1969) who later became a teacher. Starting in 1983 Jocelyn organised an annual lunch or dinner at the Lyceum Club for women graduates to network and connect. She was, according to Dianne Vale (MBA 1981), a great coach who really cared about women and their progress. Victoria’s first female Supreme Court Justice Rosemary Balmford (MBA 1971) was also involved in organising these events.

The Women and Management program at the school gained further momentum in 1993 and 1994 as it became clear to Amanda that was a need for women, still a small group in the school, to get to know and support one another. It was also identified that there was a need to educate the rest of the school and business community about the obstacles that women in business and particular management faced and the benefits of removing these.

In April 1993 the Women and Management program was given a modest budget by the Management Group of the school to use to help fund various activities. An official WAM group was founded in 1994, supported by the long history of women students and graduates networking. There was worldwide evidence of plateauing numbers of women in MBA programs and the group wanted to help promote MBS as the first MBA choice for women.

Activities at this time included a range of workshops, guest speaker presentations and social evenings which while targeted specifically at female students were also promoted to all male students and the School’s alumni network.

In 1997 a group of students considered that WAM could have a wider application and to ensure smooth succession and continuity, should adopt a more formal structure. Pending the election of the first committee, a working committee was established to develop a business plan for WAM and to promote a number of activities. In 1998 it was decided to concentrate on a signature annual event – the Women and Management Dinner.

Today the Women and Management Dinner remains a highlight on the School’s calendar of events, bringing together business leaders, alumni, students and academics for a night of celebration, inspiration and networking.