Australia, and Melbourne in particular, is home to some globally renowned start-ups – think Atlassian, Redbubble, 99designs and Culture Amp – and American Filip Reese, a 2016 MBA graduate at Melbourne Business School, has now worked for two of them. 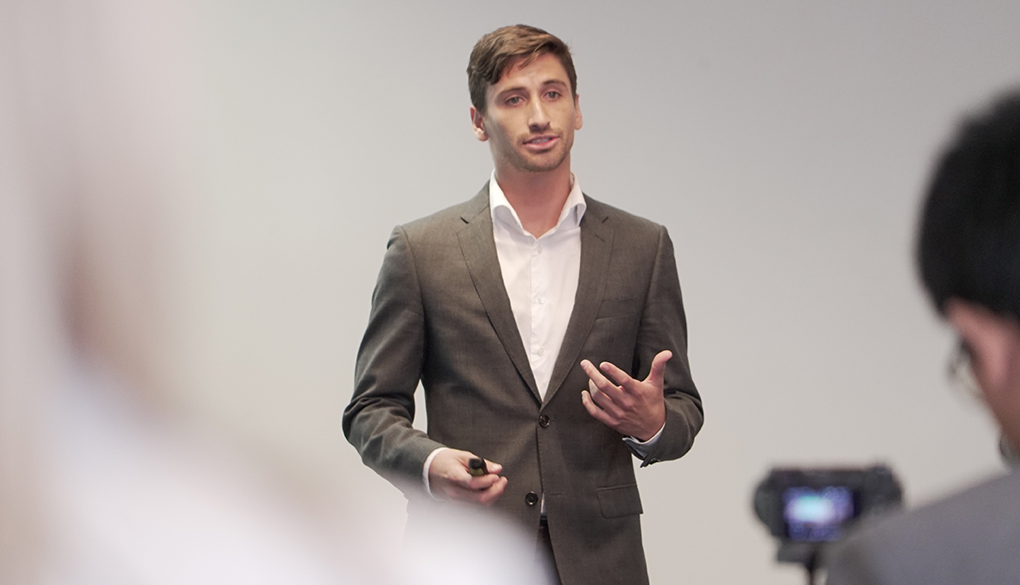 Filip’s first gig, post-university in California, was in the San Francisco office of 99designs, an online graphic-design marketplace. He’s now a Product Manager at Culture Amp in Melbourne after doing an internship there as part of his MBA.

“I seem to have a bit of a history working for Australian start-ups that have expanded into the US. It’s pretty cool being involved in a niche that includes some of Australia’s best tech start-ups,” says Filip who moved to Melbourne to do his MBA after four years at 99 designs.

“I never thought I would be working before my MBA finished,” Filip says. “That’s like a dream scenario for me. The network that I built up at Melbourne Business School put me in a great position to land the job, and the skills I developed helped me think more analytically and creatively when solving problems.”

Culture Amp was started by Australian entrepreneur Didier Elzinga in 2011 and has offices in Melbourne, San Francisco, New York and now London. Vice President of Business Development and Strategy Peter Haasz (MBA 2011) is a Melbourne Business School alumnus who has used his MBS connection to recruit MBA talent for internship work at Culture Amp for the past few years.

“When I delivered the internship pitch this year, I was impressed with all the people I spoke with, but Filip really stood out,” said Peter. “His experience at a fast-growth start-up and his passion for what we do was obvious from the time he opened his mouth. It just seemed like a natural fit.”

Filip proved such a good fit that he is now in charge of its new product, Effectiveness, which flips the popular 360-degree employee feedback process on its head to make it a tool, optimised for learning and development rather than performance assessment.

“It strips out the biases that occur with performance-based feedback,” Peter says. “Effectiveness is only Culture Amp’s second product. Helping our customers to collect and connect new types of feedback magnifies the value we can create. That’s why it’s a pillar in our overall business strategy.”

Filip is chuffed that his internship work, which included identifying that Culture Amp needed to start collecting new data to make some important decisions, led to a full-time job at the company, which is now adding 50 new clients a month to its customer base.

“I’ve spent more than six weeks working on this new product launch,” Filip says. “When I started, we had zero customers on the new product and now we have 15. By the end of the year, we’re expecting to have around 250, making it a very real part of Culture Amp’s business.”

Filip had planned to return to California after graduating in October but now has two good reasons to stay in Melbourne – while still having, given Culture Amp’s San Francisco office, the option to move.

“The flexibility to move around is great because I have family back in California and close friends in Melbourne. I won’t go too much into the complexity of dealing with that, but the flexibility helps.”