Three Melbourne Business School students will pitch their idea to a group of bank CEOs after outshining more than 100 other teams in a global competition. 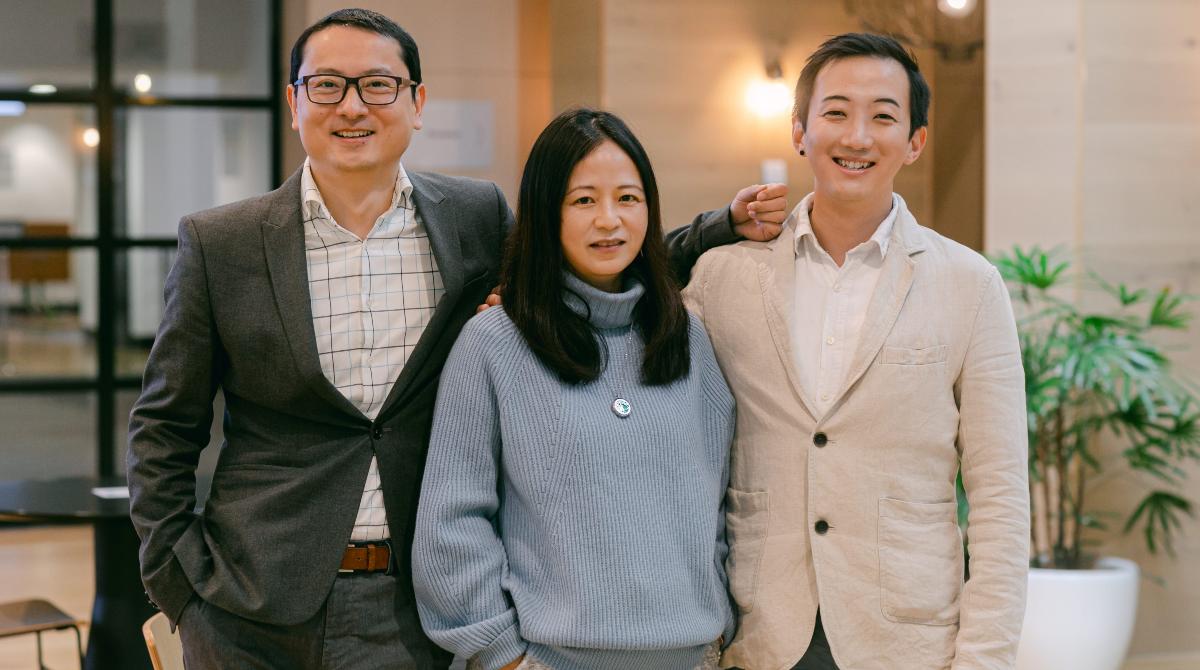 The team of Part-time MBA students turned a classroom idea into a potential social platform that could accelerate the shift to consumers buying more green products, to compete in the Global Open Finance Challenge.

"At the centre of our solution is a marketplace that connects consumers to green merchants and banks through green loan facilities," says Terry Wu, a member of the team that calls itself Environmint.

Teammate Ryan Zhou says their idea would reward sustainable actions that consumers are already taking, and encourage them to do more.

"A lot of people are already doing great things for the environment, but it's just not recognised," he says.

"We will help them realise the value of what they're doing – even small things, like composting, or reducing food waste in the hospitality sector – but it's green products too, like buying solar panels or electric cars.

"We want to put all green actions and options under one umbrella to shape consumer behaviour, increase green shopping and reduce carbon emissions."

The Environmint idea came out of a Melbourne Business School elective subject Fintech: Blockchain in the New Economy which Terry and Ryan studied alongside their third team member Kerri Zhang.

"I have quite a lot of IT experience, but when you've been in IT for a long time, you always think like an IT person and don't see the world from a different angle," Kerri says.

"When I saw this elective, I thought it looked great because it was in an area that I'd never touched on before, and it's been so good for me to jump out of my comfort zone to take on new challenges."

In just three months, the Environmint team developed their idea enough to impress the judges of the challenge, which is sponsored by NAB, Canada's CIBC bank, Brazil's Itau and NatWest in the UK.

Around 130 teams entered the competition and nine remain from the US, Canada, Australia, New Zealand, Brazil, the UK and India.

Win or lose after their final pitch on Wednesday morning, Terry says Environmint has a future that the competition helped his team to see.

"We've presented and worked on this idea countless times and encountered tremendous scrutiny and all sorts of questions to address. That's how we consistently refined our pitch. I'm very confident that the idea has progressed to a stage where we'll be able to continue the project beyond the competition."

"Tokens are digital, financial assets of this new generation, and people are investing in them more and more and believe they have value," Terry says.

"Their value originates from the kind of utility that our platform provides, such as the community connection and, further on, gamification and third-party metaverse interoperability."

If that all sounds highly technical it is – but, at its core, Environmint is simply a modern way to shop and reward good behaviour.

"The rewards are financial and social," Ryan says. "We see that people are willing to do a lot more when they are recognised within the society, and they're willing to change their behaviour once they have some sort of financial incentive."

Professor Nadia Massoud, who teaches the fintech elective, couldn't be prouder of her students – including the Environmint team, but definitely not limited to them.

"Of the six teams that formed in my elective, three entered the global competition and two did extremely well, including QBadge, who made it to the semi-finals," she says.

"To have two teams do so well is a credit to the team members, their supporters and the School."

Terry says he particularly grateful for the support Envoronmint and the other teams in his class received from Professor Massoud and others, including Dr Nitin Yadev and Robert Woods from the Brain, Mind and Markets Lab at the University of Melbourne's Faculty of Business and Economics, and Omer Mohammad and Lisa Wade from NAB.

"We were able to refine our concept to a commercially viable and technologically feasible solution in three months with all that support," he says.

"But beyond the competition, it was really a lightning moment to realise that MBS students can come up with an innovative and practical solution that can make a positive contribution to the world."