Nick Sautner spent his younger years kicking goals as an Australian rules footballer. Now he's finding success in a career that until recently didn't even exist. 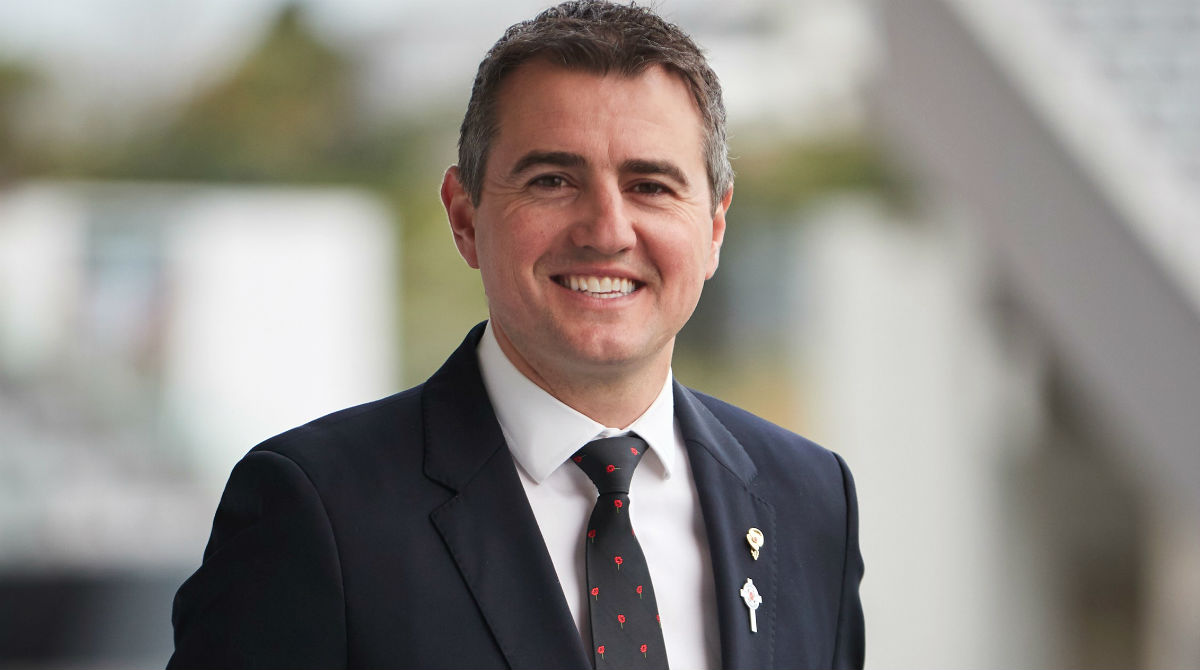 "Approximately 20 years ago when I commenced in the industry, there was no such skillset as venue or stadium management," says the CEO of Eden Park, New Zealand's most famous sports stadium.

"The industry still remains in an embryonic phase and the inclusion of more educated talent highlights that a genuine career path exists within the sector."

"When discussing future employment opportunities with athletes, I often say sport will be two, maybe three, chapters in your book of life – but now is the time to start planning to write the remaining 25 chapters," he says.

While studying, Nick went from event manager to general manager at Melbourne's old Telstra Dome, now the Marvel Dome, and then became chief commercial officer when it was Etihad Stadium. He then decided to return to Melbourne Business School to study a Senior Executive MBA.

"The program was arguably one of the most challenging but rewarding achievements of my life," he says.

"The learning is transferable across all industries and has certainly been a competitive advantage within my chosen field."

In his new role, Nick is turning Eden Park into more than just a sportsground and wants it to be as well known for cultural events as it is for being where the All Blacks haven't lost a rugby match in 25 years.

"People describe stadiums as cathedrals of the 21st century, but I think of them more like town halls," he says.

"They should be somewhere that local residents can use and engage with all year round, not huge spaces that are locked down after a match day."

That approach recently led to Nick being named Executive of the Year at The Stadium Business Awards in the UK, thanks to a string of innovative new events.

Under Nick's leadership, Eden Park has hosted golf, glamping, zip line events, rooftop tours, Pianos in the Park, street art installations, photography exhibitions, refugee gardens – and even launched a brand of honey made by its own bees.

For Nick, new initiatives like those make financial as well as social sense.

"Activities like these immediately contribute to profitability and indirectly enhance core revenues through economies of scale and promotional efficiencies."

Giving Eden Park a sustainable future is a challenge that Nick says the Senior Executive MBA program prepared him well for.

"The quality of candidates in the program, and the resulting learnings, was almost as valuable as the content in the classroom," he says.

"I've made lifelong friends from the program and remain close with several graduates – one even flew across the country to attend my wedding a few years ago."

While the MBA has given Nick the business skills to succeed at the highest level, his experience on the football field has played its part too.

"On the field, success is no different to boardroom success – performance can be optimised through building relationships formed on trust, values and collaboration," he says.

"The results will come, but often it takes a strong person not to conform – and who is willing to challenge the norm."