Rebecca Lane wanted to become a better leader, but didn't want to sit in a lecture theatre with hundreds of other people. 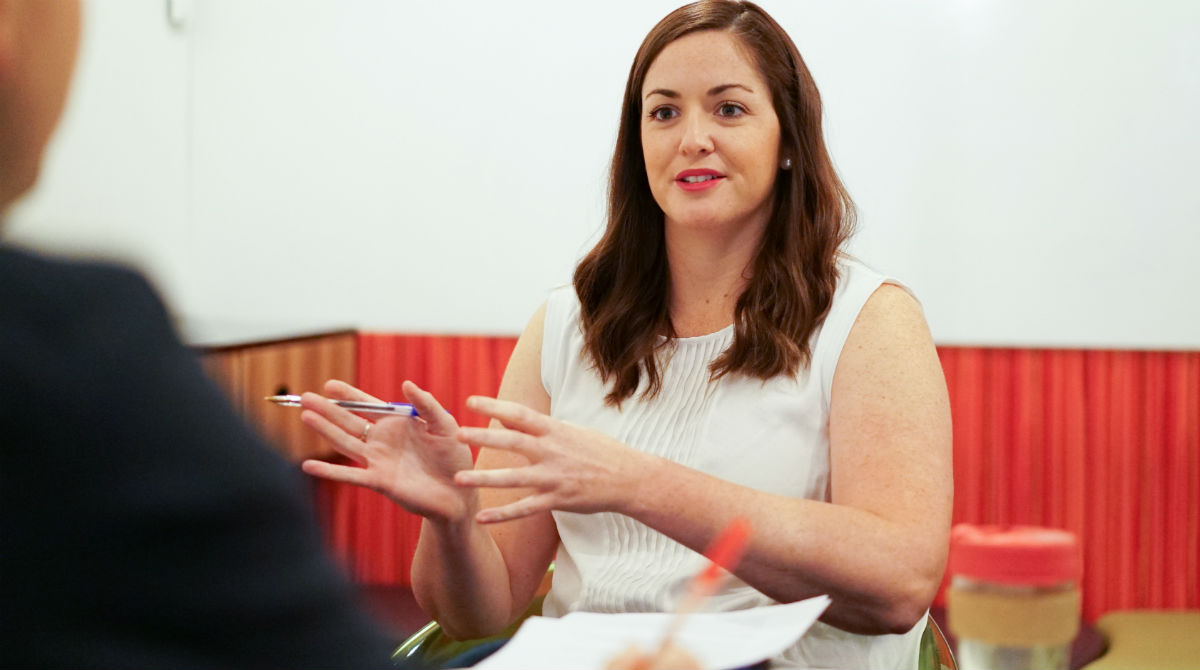 "When I became General Manager of Events at the Bicycle Network, I wanted to strengthen my skills and confidence to move our organisation forward," Rebecca says.

"I hated the idea of lectures and was looking for a hands-on learning experience that reflected how our events get people active. Leading for Strategic Success suited those needs.

"You do the program for a week with a small group and I got a lot out of that."

The Bicycle Network is a not-for-profit organisation that promotes health and organises several rides for more than 15,000 people each year, as well as running behaviour-change programs such as Ride2School and Ride2Work.

After four years with the organisation, Rebecca was promoted to her current role as General Manager of Events. She began to look for a way to upskill after receiving a Change our Game scholarship from Sport & Recreation Victoria, as part of its initiative to address gender imbalance in sport and recreation leadership.

"I'm really grateful for the opportunity the scholarship gave me, because ordinarily in a not-for-profit you wouldn't get a chance to take part in such an incredible program," Rebecca says.

Rebecca came to the program looking for the tools she needed to create and execute on a new strategy for the organisation, but she also found some unexpected benefits from its focus on personal development.

"The personal development looked into my leadership skills, history and experience, which all shape who I am, how I behave and how I can harness that to move forward in a positive space for myself and my team. It was amazing.

"I also found the listening tool to be powerful in terms of how to take feedback and how to listen to other experiences and challenges, which we did with the group."

One of the biggest lessons for Rebecca was that no matter the strategy, effective leaders need to be capable of implementing it successfully – and be kind to themselves when they encounter setbacks.

"We did an activity around turning your inner critic into your inner coach," she says. “You know when you mess something up and you just beat yourself up about it.

"Part of the program showed you how to think about a situation next time it occurred. It showed us how to work on it internally. It was very practical and you actually had to voice what you would say to yourself to someone else. So, having the tools to turn that into something more positive has been really productive."

Since completing the program, Rebecca has noticed a change in her performance at work and introduced new ways of working with her team.

"I've become more confident in being proactive with our strategies. After each event, we used to respond to what didn't work and then fix it for next year. Whereas now for each event, my team and I have developed a three-year plan to know what we're doing and where we're going. It’s an approach that's giving us more direction."

The program also reminded Rebecca which skills were the most important to focus on in a management or team leader role.

"It's 95 per cent people management, and I think a lot of people don't realise that," she says. "It's customers, it's contractors, it's stakeholders, it's the team and volunteers.

"People who say I've got all the logistics, I can do plans, I can draw sitemaps – whatever it is – that's great, but at the end of the day if you can't deal with people, you're going to really struggle."

To learn how to improve your organisation and boost team performance, find out more about our Leading for Strategic Success program or view our full range of Executive Education courses.