Mark International Women’s Day 2022 with practical tips from our faculty on how to lift barriers for women at work and in leadership.

Be it deliberate or unconscious, bias against women persists in many workplaces. It hinders women from advancing to leadership roles, leads to unequal pay, limits employment opportunities, and in some cases results in verbal abuse and harassment. To effect change, we need to recognise that bias exists and then take action. But how?

To celebrate this year’s International Women’s Day, we asked our Melbourne Business School faculty members to share ideas about how organisations can recognise biases and what we can do to remove it from the workplace. 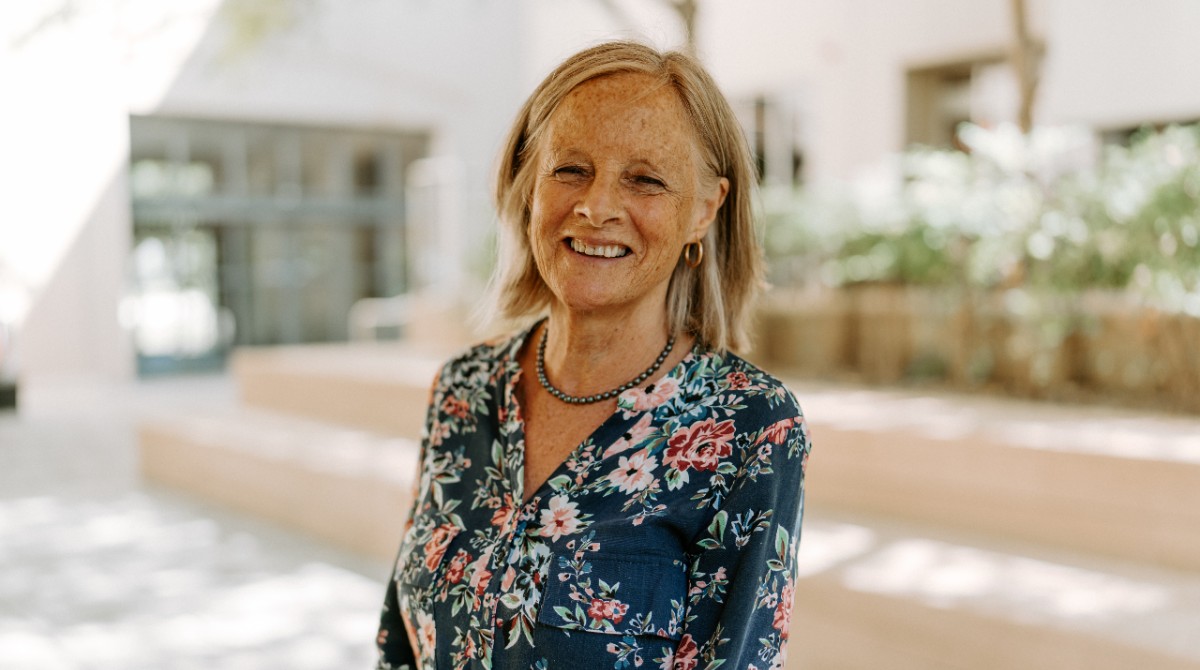 "What do organisations need to do?

"First, acceptance and awareness. So, this involves recognising that bias does exist, and it has impact on people. It's very, very debilitating when organisations and individuals act as if bias isn't a problem, when there's denial or even scepticism about its existence.

"The second is action. It's easy to take concrete actions to remedy bias. Things like ensuring that there's diversity on selection panels and in selection pools of candidates for new roles.

"Thirdly, there's accountability. This means holding people accountable for the processes of recruitment, the ways of managing to ensure there’s no bias at each level of the process where they're asking themselves, 'Do we really have an unbiased talent pool that we're selecting from?'"

Carol Gill: Men should speak up for female colleagues "Bias starts with the fact that there aren't as many women in leadership positions as we'd like to see. More subtly, it can occur in a meeting where a female will say something, and it's not picked up by the rest of the group, or it's ignored, or it's not supported in any way.

"The problem is pervasive and persistent, and I think the solution needs to be the same. It's not just about women stepping up to leadership roles or engaging in leadership behaviours. It's also about colleagues in the workplace looking for opportunities to support each other.

"And that often is male colleagues. They are often in powerful positions, and they can speak up in a meeting and be heard. So, if somebody says something or a female says something that demonstrates their leadership, that can be reinforced.

"Domestic duties fall on women's shoulders, so that can change as well. And even institutions in society, I've had women tell stories about how their school always rings them when a child is sick, but maybe they could ring the father. Social roles are pervasive and the hard to break free from. But we can all do it together." "So, we can stereotype women as being warmer and friendlier and more caring than men. Women, because they are expected to be warm and friendly, if they are not, they are judged quite harshly. They are judged to be unfriendly, possibly aggressive even, for behaviours that would be seen as appropriate for their male colleagues. This leads to them being disliked. This is important because we know from research that likability is a factor that helps one advance in the workplace.

"One way we can combat our bias is by talking about it openly. For example, let’s assume I want to apply for a leadership position. In this instance, I could be quite open with my manager and explain that I understand there may be reservations about appointing me because no woman has held that particular leadership position before, which may raise doubts that the position is suitable for a woman. By doing this, I’m enabling everyone to discuss the bias openly and be aware of it. It's not easy to do, but it can be done and it does work.

"Another way to break gender biases in the workplace is for individuals to be very aware that they often manifest in very subtle ways; maybe as social good or as customer imperatives.

"So, be vigilant of broad and vague statements and reasoning; probe and ask for evidence and further explanations. Research shows that when people are accountable for their decisions to others, they make less biased decisions. In the same vein, I suggest we all hold ourselves accountable for what we say, for our people decisions, and for our judgments of others.

"Now, this takes effort because it forces us to take time to reflect. But with practice, we can become quite good at it and it minimises the tendency to use stereotypes, which lead to biases, as a vehicle to expedite our decision-making." "The most important thing to keep in mind is that all of us exist not only at work, but also at home. And it's a lot easier to get ahead at work and to operate with professional success when you're working from a foundation or a platform of equal partnership at home.

"Unfortunately, despite all the progress that we've made over the last several decades, equal partnerships at home are still quite rare. Without that equal partnership, there are just a lot more pressures. There's probably more housework and more childcare and more spousal support. But there's also more resistance to women seizing opportunities that come their way.

"What can workplaces do? It's important that we not assume the role that women are coming from in the home. You know, some women have equal marriages and many more do not. But either way, we need to not carry over our own assumptions about how she's going to approach her career and the contributions that she can make in the workplace.

"If we really want to achieve the full potential of everybody in the workplace, then we need to make sure that we're providing the support to ensure that even if somebody is carrying extra burdens because of family dynamics, that when they arrive at work, they have what they need to be able to do their jobs. Let’s make sure that showing up as a full human being is something that can still accommodate our work."

Jill Klein: Be more conscious of how we form judgments 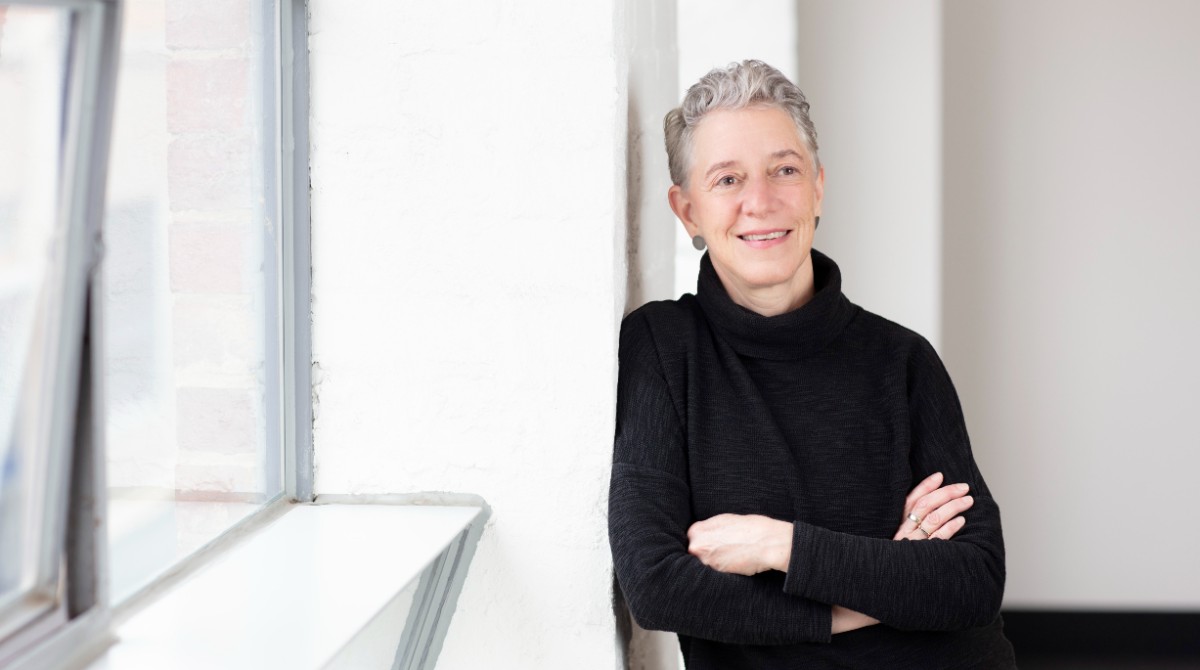 "Bias can happen very quickly, and it's largely unconscious. It's sometimes very hard to see it, but it still has a big impact on people's lives.

"One of the things that we can do is slow down our thought processes, question ourselves a little bit. Sometimes I think we get a bit overconfident in our judgments. Ask ourselves: Could the opposite of my initial impression be true? Could I be missing something that's not very good? The role of stereotypes on our impressions can be very subtle. So, to free ourselves from these stereotype-driven processes, we need to become a little bit more conscious of how we're forming an impression of someone and not be so confident in our judgments.

"We like to think of ourselves as being really great at judging people and at knowing who they are. And I think that that is probably too much confidence for the situation, given the role of unconscious bias in how we perceive other people. So, it can be really, really helpful to be a little bit more tentative in our judgments and be willing to adjust our judgment and recognise that we were wrong about someone."