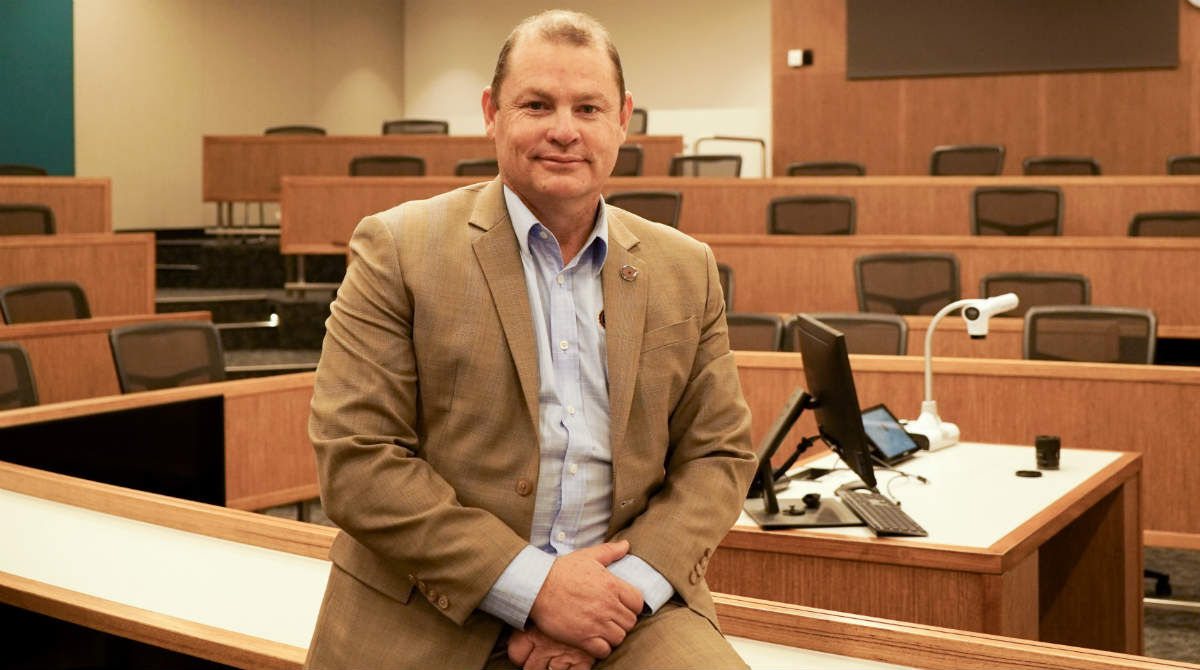 Kieran is a graduate of Melbourne Business School's MURRA Indigenous Business Program and the founder of Australia's only national Indigenous-owned IT security firm, Willyama.

"If you have access to the internet, anything is possible – even in remote communities," he says.

"In fact, it's the remote communities that stand to gain the most from the technological advances that we have over the past two decades."

For more than 20 years, Kieran has had the unique opportunity to observe the transformational effect of technology across Australia. One of the few people with high-level security clearances to deliver projects for the Department of Defence, he has been at the forefront of cyber security.

"You know, my entire career in the military is dictated by luck," Kieran laughingly recalls.

"I was a soldier in the signals corps, responsible for communications in the barracks and on operations. I happened to purchase a home computer in 1993. Six weeks later, they identified a requirement for a brigade information officer – the first time this role was created in the army. Everyone knew I had a home computer and that made me the most qualified to take on the role!"

Along with the appropriate security clearances and a Masters in Information Technology, Kieran became responsible for increasingly complex projects for the Australian Defence Force. Even though he left the military in 2001, his path continued to cross with Defence due to his connections, clearances and subject matter expertise.

But knowing when to pivot has also been key to his success as an entrepreneur.

"I set up Willyama in 2016 and one of the first contracts we won was the Defence PC refresh, which was an 18-month project," he says.

"Halfway through it, I recognised that it wasn't a sustainable piece of work because no-one was going to be doing fixed infrastructure refreshes into the future, and I realigned our business to be a cyber business. We've won 25 government contracts in the last 18 months and a whole lot of commercial work."

Those commercial partnerships include projects with international tech giants such as Microsoft, IBM, Cisco, Samsung and Blackberry.

Willyama also recently announced it was the cyber security partner to Infosys on the Centrelink Entitlement Calculation Engine Program, one of the most critical welfare sector projects in Australia.

Providing key cyber and solution architecture to a nationally significant activity, the project presents a challenge as well as an opportunity for Kieran to deliver on his aims for his community.

"One of my goals is to see how I can apply my capabilities to the Indigenous sector," Kieran says.

"That's why I've become involved with establishing a cadetship program as a pathway for Indigenous graduates to create careers in the IT sector, working with the South Australian Government to create Indigenous IT employment opportunities, and creating a partnership with the University of Canberra to further Indigenous engagement into STEM."

"STEM and Indigenous engagement in technology is critical," he says.

"We've got demand for high-volume bandwidth into remote communities. That means you can do telemedicine, e-health, call centre services. It's about the capability to deliver."

Kieran's goal is to help Indigenous Australia become so well-connected that businesses in the city can think of partnering with remote communities as a viable option.

"The vision I have is that not only can Indigenous communities remain on country, and our culture be preserved, but we can access the economic opportunities available elsewhere," he says.

"So for example, when corporates look to set up call centres, rather than going overseas or setting up in capital cities, they could consider partnering with Indigenous communities. It's a win-win for all."