Executive MBA student Mudiwa Chipungu should not be in Australia. As a 16-year-old in Harare, Zimbabwe, she loved school and felt sure she would fulfil her parents' dream of doing better than they had. 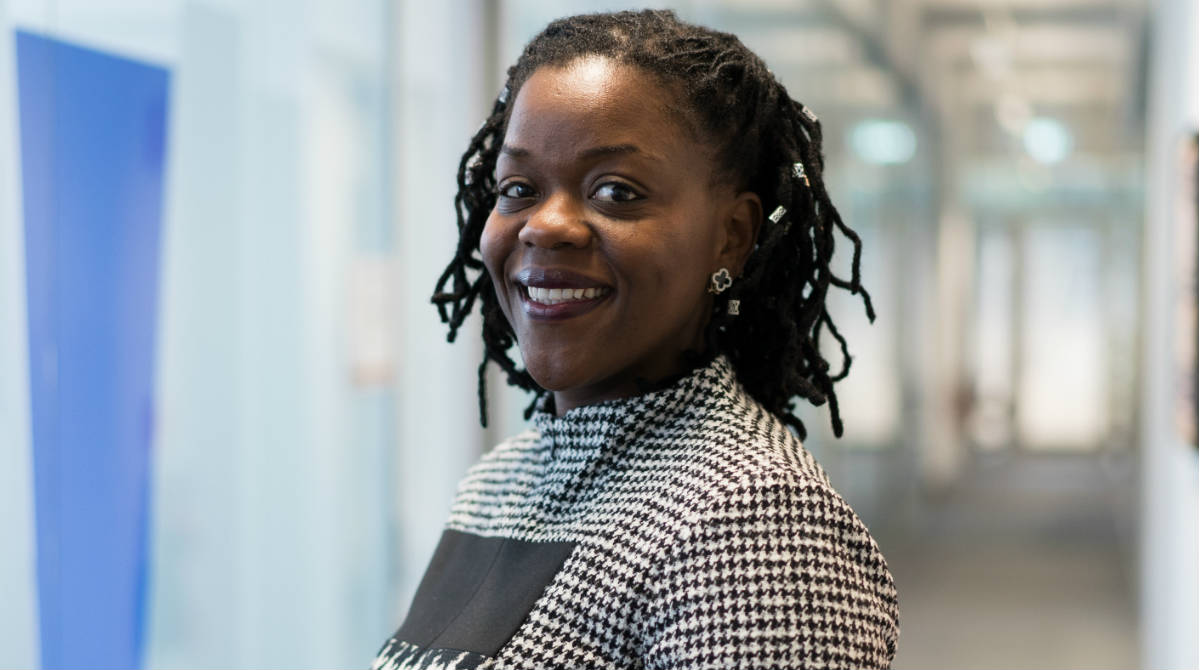 A lot has happened in between Mudiwa’s arrival in Australia as a teenager and where she is now – a logistician and supply chain professional who chose to study an Executive MBA to broaden her career prospects after moving into a leadership role at Telstra.

Mudiwa, who graduates in October this year, said she was very pleased with her study choice.

"It really has stretched me, intellectually and professionally. I no longer consider myself just a supply chain person, something I could never have imagined before."

This is not the first challenge Mudiwa has faced.

Her mother, a prison nurse, fell sick when Mudiwa was just 16. Three months later, she died. For a time, Mudiwa was inconsolable as her mother had been her rock and role model.

In desperation Mudiwa's family encouraged her to stay strong and accompany her sister, a Rotary scholar, back to Melbourne to support her through the law exams she'd deferred to visit their dying mother.

Reluctantly, Mudiwa agreed. Unfortunately, soon after the sisters arrived in Melbourne, tragedy struck for the second time. Their father died, leaving the two sisters orphaned in Australia, cut off from their Shona culture, with only an aunt, now living here, to turn to.

"I had a lot of support from my family, but it took me the longest time to start enjoying Australia. It’s hard to lose your parents at any age, but as a 16-year-old, the added adjustment of blending into a new culture and being far from my friends was tough, really tough," she said.

"I was going to school but not doing much. My aunt told my grandmother, who then said to me, 'If you’re going to waste everyone’s time there, you can come back here and get a job on the streets'. That was a big shock and made me realise that I just had to get up and keep going."

That was 17 years ago. After completing her final year of school in little more than six months, Mudiwa received a scholarship to study IT, later transferring into the first specialist logistics course offered in Australia, followed by an engineering Master's degree with honors at the University of Melbourne.

One of only a few women in her logistics course, Mudiwa was well prepared to enter this male-dominated field and develop her passion for supply chain management at TNT Logistics, where she was promoted while finishing her studies.

Mudiwa's career went from strength to strength, with positions at South Pacific Tyres – now Goodyear Dunlop – where she managed change as the company restructured its main Australian production site and adopted an import-only model. She then moved on to Coles and later Telstra, where she began thinking about an Executive MBA.

"I got a real opportunity at Telstra, when just 31. I was appointed to act as a general manager, a position I held for about 18 months,” said Mudiwa.

"I'd been thinking about what made a good and not-so-good manager. The good ones all seemed to have a much broader perspective and an open approach of solving problems, the not-so-good-ones, on the other hand, were rather narrow in their approach.

"I really wanted to do my MBA to learn the coaching and leadership skills of a good manager and inspire people to deliver outcomes, and it was a colleague of mine at Telstra who had completed her Senior Executive MBA who encouraged me to not look any further than MBS."

Mudiwa now works for specialist consultancy GNC Group, co-founded by a Melbourne Business School alum who has employed several MBS graduates. The company embeds its consultants in client organisations, which, in Mudiwa's case, is a well-known discount retailer.

"Moving from Telstra to GNC has been fantastic. I’ve discovered a new autonomy, confidence and flexibility. I approach this business like my own and therefore make very considered decisions but with passion."

Her homeland of Zimbabwe, however, is never far from her thoughts.

"I'm lucky to be able to go to Zimbabwe, plug in there seamlessly, then return here to corporate life," she said.

"I see myself going back to Africa too," Mudiwa says, "and I'll always go back to Zimbabwe. My biggest challenge is to wear both hats at the same time; to remain a little bit Zimbabwean and not too Australian. I hope, also, that I've brought a little bit of Shona heritage to Australia since being here."

Wherever she is, Mudiwa hopes to continue working with and for teams of people and organisations that give back to the community.